Dear Dad: What I Wish Every Cop Could Learn From You

Dear Dad, You were twenty-plus years through your law enforcement career and you had a heart attack in front of us – your two kids – and were rushed to the hospital.

I want to write this to you to show my gratitude for everything you’ve done and to inspire your fellow police officers to take a step back and smell the coffee, no pun intended.

It was sometime in the 1990s and you were working the midnight shift as a police officer in the most densely-populated city per square foot in the entire United States – Union City, New Jersey. Sitting right outside of Manhattan at only 1.28 squares miles, the city had a population of over 60,000 people. Union City, NJ, where sixty years ago fitness legend Joe Weider opened up his first office, a place that has had more of an impact on me than even you know. The fact that Weider started his legacy just blocks away should be motivation enough for me as I try to make my mark in the fitness industry, but that’s not it.

I’ll always remember you working the midnight shift as I grew up so you could be there for me as mom went to work in the morning. You did this for years, took no sick days, and added overtime shifts to make extra money for the family. You were always a big smoker and always someone who I remember as having a short temper. I knew when I was a kid not to get on your bad side. Not because you would do anything to hurt me, but more out of respect of knowing what you had to deal with day in and day out.

As the supervisor to the public housing projects I’m sure you had to deal with enough riff-raff to lead to a lifetime of stress. Everyone has his or her opinion of cops, whether negative or positive, but we all have to respect what you guys go through and how it affects you mentally and physically. A ton of reward comes out of serving the public, whether you’re the supervisor of a public housing project, a state trooper, or working in the prison system. With that reward comes a ton of stress, which has an obvious negative effect on your physical condition.

I realize that now, being in the fire service. Whether you’re police, fire, or military things can go from zero to a hundred in a matter of seconds. I know you “knew” that good physical conditioning was important and could have been the determining life or death factor. But I’m not worried about that right now, most cops know this. Let’s talk about how the job can affect your mental state. Let’s talk about the inevitable stressful shifts on-duty as a cop – the lack of sleep, the bullshit, and the just flat out rough days. The weeks of stress that turned into months, months to years, years to a career, and just like that it happened.

You were twenty-plus years through your career and you had a heart attack in front of us – your two kids – and were rushed to the hospital.

I was alone in the house. Thirteen years old at the time, holding my newborn baby brother, confused and wondering if my father was ever going to come home again. Wondering if at that moment I had just become the “man of the house.” I still had so much to learn from you. How was my little brother going to grow up without a dad in his life?

Just as the surge of emotions ran through me that night, they hit me again well over a decade later, as I write this now.

I have a similar work ethic. Work hard, work harder, keep working harder, don’t complain, don’t look back, and let nothing bring you down. People that are not in that line of work might have a hard time understanding what you went through. It’s in the job description. See and deal with bad stuff every day, and “Suck it up. Get over it.”

Or your favorite – “It is what it is.” A line that literally became ingrained in your personality and defined your outlook of life. 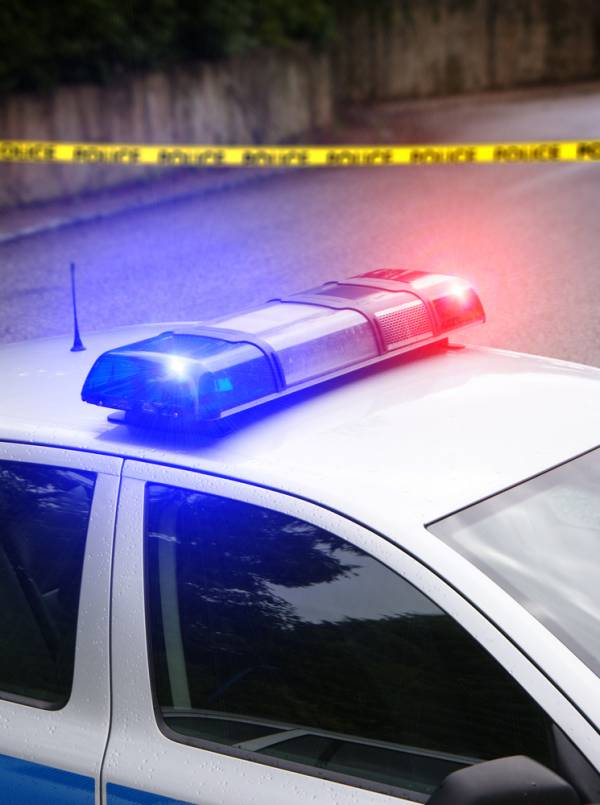 During their career, cops lose sense of what is normal. On a daily basis, they deal with people who are at that very second going through the worst moment of their lives. They can’t let these moments become their own worst moments. They have to put aside their fears, and at times act with heroic courage.

So as a cop you have a choice: Leave your problems at the door when you go to see your family or bring the problems in with you. The choice is yours and the way you choose to deal with it affects your body and your family more then you probably know. Chronic stress increases cortisol levels and can disrupt almost all of your body’s processes. Holding things in and not having a healthy outlet, like working out, can lead to numerous health problems including anxiety, depression, digestive problems, heart disease, problems with sleep, weight gain, and memory impairment.

Dad, as thick skinned and stubborn as you were at that time, I thank you for shaping me into the man I am today. You taught me that you are in control of your own destiny. You taught me that the weeks will eventually turn into months, then years, and finally a career. It’s the actions and decisions you make during that time that will eventually turn it into a happy or a sad ending.

In this case I lost that stubborn, stressed-out father that I grew up with. No, not to the heart attack – to a healthier lifestyle. You retired shortly after your heart attack and started making healthier decisions. You now live in the country, are happier than ever, and have taken up a new profession – auctioneer! Go figure.

What happened to you that night pushed me years later to pursue my current career choices. Being in the fitness industry for over ten years and a career firefighter I have the unique opportunity to help people reach their goals as I pursue my own.

I am eternally thankful to you for working hard to get me out of the city, even though I’ve now moved back to the area years later. Now living just two blocks from where Joe Weider started his legacy, and more importantly, where you started your legacy, it’s now my turn to solidify mine.