One of the benefits about getting older is you start to see how things are connected. Those subtle relationships between things that are often hidden at first glance can be the key to unlocking amazing returns on training.

In aerobic training there is something magical about aerobic runs at 70% of your maximum heart rate. The Kenyans spend 85% of their year doing ninety-minute, 70% MHR runs, with only 15% of their total volume left to hills and speed work. Then you see guys like Dan John suggest that most people would be better off on plans like his Easy Strength or 40-Day Program, where one of the key components is deliberately avoiding going too hard. He suggests something like 70% as the hardest it should feel.

Similarly Dan John has been talking about the difference between bus stop and park bench workouts for some time. The difference between the two is that one has a purpose, like getting ready for a competition, and the other is more of a sustainable program that you can follow for long periods of time before peaking again. Funnily enough the number thrown around for the park bench (sustainable) type training is usually around the 70% mark.

Looking back at traditional Russian weightlifting cycles, they show quite clearly that many lifters below the elite level benefitted greatly from keeping their training percentages around the 70% mark, too. That doesn’t mean every set is at 70% – that obviously won’t prepare the body for more intense efforts – but instead that the average effort is 70% over the full year of training.

The main benefit of going at 70% is that it prevents overtraining and injury, allowing more training to be completed in the same period of time. Programs such as Steve Justa’s singles program have led to many people pulling lifetime bests despite never training over that 70% mark. Strength freak Paul McIlroy has even used this plan for extended periods of time as it prevents burnout.

So how do you moderate your training so that the average intensity 70%?

The simplest way to moderate intensity is to do as many sets above 70% as you do below. For example, doing a set at 60%, then at 70% and finally at 80% keeps the average intensity at 70%, as long as you do the same number of reps in each set. 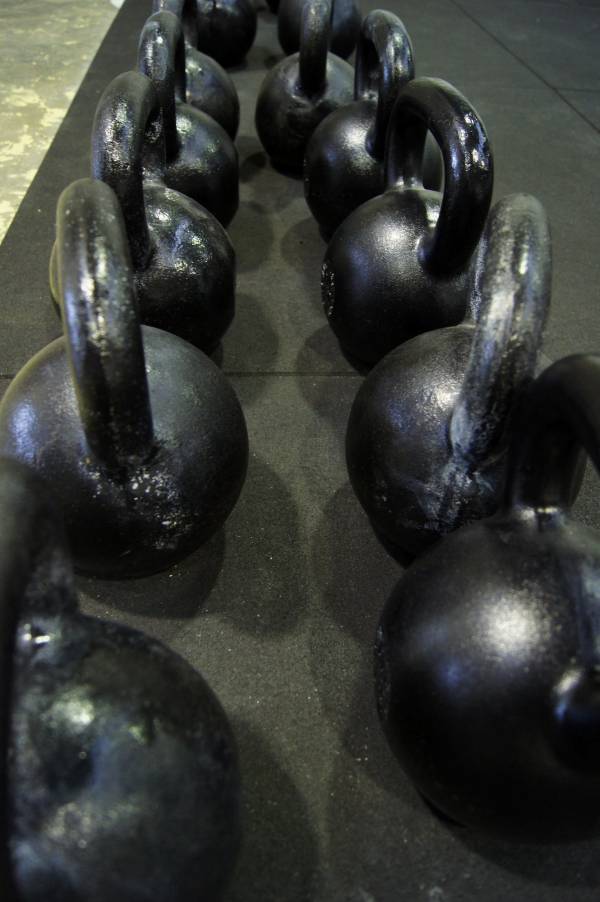 When it comes to fixed weight objects, like kettlebells or sandbags, it becomes much more difficult to moderate the weight and a better method becomes moderating intensity through manipulating volume. Let’s say that you can press a 24kg bell five times just to make the math easier. If you do ladders of 2, 3, and 5 reps, then your average for each ladder comes out to 67%. That’s pretty good considering that kettlebells tend to come in large jumps in sizes and you can’t micro-load like you can with barbells.

The other way to do this is to play around with how many total ladders you do in a session. Let’s suppose that the maximum number of 2-3-5 ladders you can cope with at a given weight is five. If you have a week where you perform four ladders, then two ladders, and three ladders over successive workouts your average intensity is 60%. However, if you then perform five ladders, three ladders, and four ladders the following week you have an average of 80%. And when you look at the long-term effect of that you wind up back at our magic 70% intensity.

For many people this will feel like holding back, and you will feel that you can train much harder. Don’t fall into the trap of tough guy periodization that my friend Mark Riefkind talks of: hard, harder, hardest, injured…soft, soft, soft, hard, harder, hardest, injured. Instead, enacting deliberate moderation of your efforts will bring tremendous long-term strength and fitness and allow you to build an awesome base level of strength (or cardiovascular fitness if you follow a similar plan). Save your truly hard efforts for short periods of time such as peaking for a tournament, getting ready for a holiday, or the like, and walk out of the gym feeling better each day, not broken down.