If you’ve been anywhere near a TV set or the Internet in the last month, then you most certainly know the names Ray Rice and Adrian Peterson. Both are star NFL players. One beat his wife and one allegedly beat his son.

The public’s reaction has been swift, dramatic, and highly publicized. And now, just this week, Arizona Cardinals backup running back Jonathan Dwyer was arrested for allegedly head-butting his wife and breaking her nose. These recent incidents pose a rather pointed question – do violent sports (such as football and boxing) create violent people?

My business colleague played professional football and I proposed the question about violence to him. He said, “I heard about it in locker rooms for sure and it happens more than people even know about.” He explained that it takes two specific traits to excel to the professional level of football – talent and aggressiveness.

“Aggressiveness breeds aggressiveness” he stated. “I am much more aggressive than the average person.” That, along with the right genetics and lots of athletic talent, enabled him to succeed at football. In his case, he also felt that aggressiveness led him to his “fair share of fights.” I guess his answer quantified at least as a partial yes.

But according to the data, football players are actually on average much less likely to be arrested than the general population. In fact, a man in his mid to late twenties is nine times more likely to be arrested than an NFL player. But when it comes to domestic violence, football players are much more likely than the general population to be arrested as perpetrators of this crime. According to writer and researcher Benjamin Morris, “Domestic violence accounts for 48 percent of arrests for violent crimes among NFL players, compared to [an] estimated 21 percent nationally.”

And it doesn’t stop there. It turns out that even watching violent sports may result in violent acts. According to a study by the University of California at San Diego, after NFL football upsets on Sundays, there is an increase in domestic violence occurrences. The inference is that not only does playing football potentially make you more violent, but merely watching football could potentially do the same.

Violence in the Combat Sports

And there are other violent sports to consider as well. What about a boxer, whose job it is to knock someone unconscious? Does the violence in the ring translate to violence outside of it? One article suggested that violence does indeed follow boxers out of the ring, but not in the way you might think.

Several boxers have suffered untimely (and violent) deaths, such as former greats Vernon Forrest, Alexis Arguello, and Trevor Berbick, all of whom suffered violent deaths. But data is inconclusive as to whether boxers (or MMA fighters) are actually more prone to commit violence.

Yet, it’s hard not to consider the question when the fight game’s greatest champion of the last twenty years, Floyd Mayweather, Jr., has been arrested several times for domestic abuse and was sentenced to ninety days in jail in 2011 after pleading guilty to domestic abuse charges. Furthermore at least a dozen MMA fighters have been accused of domestic abuse since 2010.

The recent publicized events and the evidence correlating football to violence are hard to ignore. Yet surely not all (or even most) football players are violent individuals in the same way that, though boxers punch people out for a living, they are not necessarily violent people.

Having spent years around my fair share of people in the martial arts and boxing, I’ve found the opposite to generally be true. A martial artist or boxer excels because of principles like discipline and respect for self and others. In my experience, high-level boxers tend to be fairly mellow and laid back. Come to think of it, so have the elite football players I’ve known.

In the age-old debate of nature versus nurture, the analogy that comes to mind is that of dogs. The best dog I have ever known (except my own, of course) was my brother’s Rottweiler. Wiley was one big pile of love. Still, plenty of people would cross the street to the other side when I’d take Wiley out on a walk. 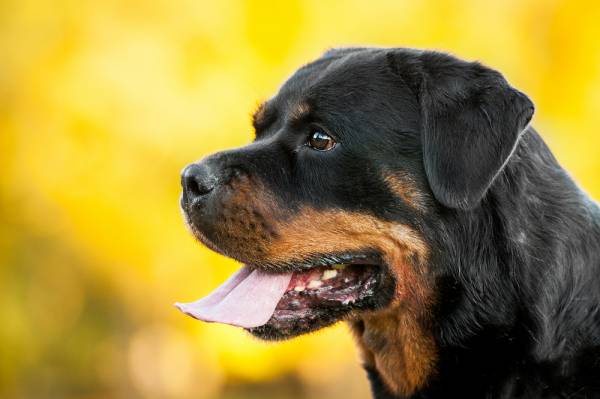 But anyone who has actually spent time around Pit Bulls, myself included, will tell you they are a fabulous and loyal breed. What I can tell you is that a Rottweiler or Pit Bull is potentially a dangerous weapon in the hands of the wrong owner in the same way that a boxer who has been trained to maim or a football player who has been trained to violently tackle are both potentially dangerous in the wrong surroundings.

We Need to Take a Stand

One thing for certain in all of this recent publicity is that domestic abuse is both a serious crime and a serious issue. Abuse in any form should never be tolerated, yet that is exactly what many seem to do when it comes to our supposed heroes. Many turn a blind eye to the atrocities committed off the field of play as long as their team or favorite fighter wins. This is where a complete change of attitude and action is needed.

I once wrote an article about what makes Floyd Mayweather, Jr. “great.” In light of recent circumstances, I regret my choice of words. While Floyd’s talent in the ring is indeed great, the quality of his character outside of the ring is at best questionable. I have never paid to watch Floyd fight, nor would I.

But many couldn’t care less what Floyd does as long as he wins and puts on a show. According to Forbes, Mayweather is the highest paid athlete in the world to the tune of over $100 million – just last year alone. The bottom line is, it’s up to us as the paying and viewing public to not support people, businesses, or institutions that in any way condone abuse, domestic or otherwise.

NFL players and boxers are not necessarily more violent people, but they are potentially more dangerous given their bodies and skill set. More careful study and analysis is needed, especially as it relates to the potential correlation of head trauma and violence in sports.

Ultimately, for better or worse, we live in a free country. The violence of football and combat sports isn’t going anywhere. It’s up to individuals and families to decipher the good from the bad and act accordingly. And it’s up to society to protect its inhabitants and take a moral stand.

Abuse of any kind should be rejected and harshly judged, especially when it comes to those who are looked up to in the public eye. Punishment and penalty should be severe and swift. You can teach almost any dog or child the difference between right and wrong. You do so with the right parenting, the correct discipline, and an understanding of consequence. But it starts with taking a stand.