No fighter can get lucky 46 times in a row, no matter who he or she fights. So what makes Mayweather so different?

Five years ago, when both Manny Pacquiao and Floyd Mayweather, Jr. reigned supreme, you were either a Manny guy or a Floyd guy. The debate raged as to who was the true pound-for-pound king of the ring. I would have loved to see them fight, but it never happened. Did Floyd duck Manny, or was it the other way around? Was Manny cheating, thus his refusal to do a pre-fight blood test? Did Floyd only take fights he knew he could win, as critics speculated? We’ll never know for sure.

One thing we do know in the year 2014, is that Floyd Mayweather, Jr. is, in a word, great. In an era where the welterweight division has replaced the heavyweight division as the premiere class in boxing, Floyd has dominated the ranks up and down. Perhaps he’s been calculating and tactical about which fights he takes, but one thing cannot be contested – his record (46-0).

The fact is, no fighter can get lucky 46 times in a row, no matter who he or she is fighting. While Floyd is deliberate about who and when he fights, he also hasn’t fought many chumps. For a professional boxer, it takes mental fortitude, skill, and a mixture of timing and luck to excel in the ring. To win 46 fights in a row and suffer no defeats as a professional, you have to be great.

While Floyd wins, he does so in an almost boring fashion. He doesn’t usually brawl, as crowds want to see, with big punches and fighters standing toe-to-toe in a slugfest. Floyd fights the way Floyd fights and doesn’t let others dictate his style. While controversy has surrounded him and his camp over the years, from money issues to family drama, there’s no doubting his skill in the ring, and here’s why:

Beyond the win-loss record, boxing is a game of statistics. The modern boxing scoring system, Compubox, shows us why Floyd is great. Simply said, he lands lots of punches, doesn’t waste throwing them, and he’s hard to hit.

When it comes to punches connected, Floyd is the top professional boxer, landing 42% of his punches thrown. Furthermore, his plus/minus average of 24% is also tops amongst active boxers. That number represents the amount of punches he lands subtracted from the amount his opponent does. Those are hard numbers to beat.

The moral of the story when it comes to these numbers is that efficiency wins. Floyd calculates every move, both in and out of the ring. In his last fight, perhaps his toughest to date against the brawling Marcos Maidana, Floyd landed only nine more punches, but he also only threw 425 to Maidanas’s 858. Perhaps more impressively, Floyd landed 65% of his power punches in the fight – that is, he made his punches count. While the fight was close, it wasn’t that close. Floyd did what Floyd always does, he fights more efficiently and smarter than his opponents and he walks out of that ring a victor.

A fighter might get a lucky break, throw a lucky punch, or use gimmicks or fancy tactics to win occasionally. Greatness, however, can only be achieved with solid fundamentals. In boxing, it’s about two things – hitting and getting hit. Floyd excels on both accounts and the numbers don’t lie. 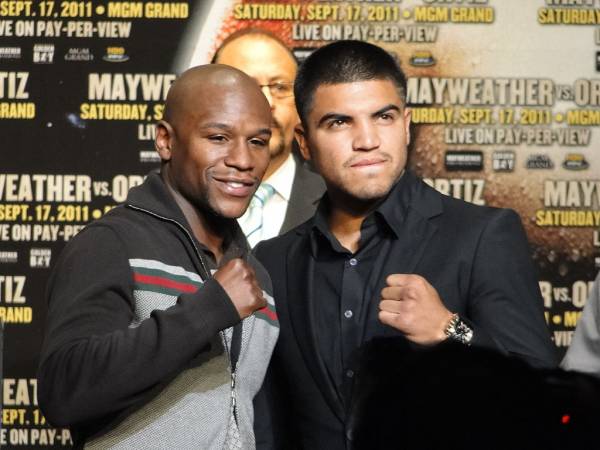 Floyd trains at the tutelage of his father – Floyd, Sr. – who was a good fighter in his own right, having fought the likes of Sugar Ray Leonard. With his dad, Floyd, Jr. has developed his own style of training when it comes to hitting the mitts, Mayweather style. It’s a complex practice of ducking and bobbing and endless punches and combinations. It almost reminds me of jazz, precise and yet improvisational.

So Floyd does lots of fancy training combinations and makes his mitt training into a sort of rhythmic dance, so what? It’s that exact point, his training and style, where the secret to boxing lies. Being perfect and yet fluid at the same time. You can’t just simply repeat the same moves in boxing. Your opponent is studying you and he’s also dynamic and ever changing. Training with complexity in mind, like the Mayweather style on the mitts, doesn’t allow for Floyd to lose focus for one second. How you train matters and Floyd shows us that practice makes perfect.

The Best Defense Is a Smart Defense

There’s an old adage in team sports that states “defense wins championships.” But when it comes to boxing you would think that what truly matters is offense. Boxing is about brawling, punching, intimidating, dominating, and knocking out. These are offensive things. It goes without saying that aggressiveness in boxing matters, but Floyd wins as a defensive specialist because he fights smarter than his opponents. He fights his game plan, not theirs. Aggressiveness and toughness matter in fighting, but not nearly as much as smarts and strategy.

My boxing coach used to say, “Speed is power.” Speed is also defense, as Ali showed us with his lightening fast footwork and Floyd shows us with his shoulder roll, head movement, and ability to elude punches.

Floyd often uses a cross-arm defense as opposed to the traditional hands-up defense where a fighter protects both sides of his head. Floyd fights with his right hand up, or “on the phone” as my coach would say, to protect from the closer-in left hook. However, his lead left arm is down across his body. This protects not only his body, but allows for him to throw his counter punches from different angles than punchers are used to.

Still, in order to use a cross-arm defense, a fighter best be fast. Really fast, like Floyd. Floyd teaches us that it’s okay to be nontraditional in a scientific modality such as boxing. However, just like Ali, Floyd also teaches us that the best way to be different when it comes to fighting is to be faster. 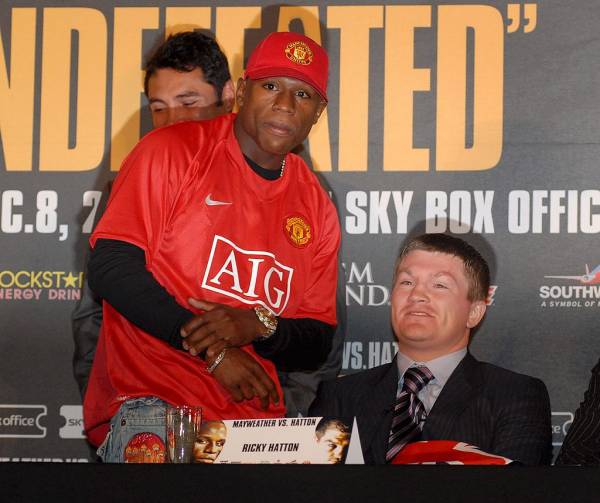 After Floyd’s last bout, commentator Teddy Atlas said that what makes Floyd great – his defense – is what will ultimately lead to his downfall. Instead of being the aggressor, Atlas felt Floyd takes unnecessary punishment. Indeed, in his latest fight, Floyd stood and took perhaps more punishment than needed. Then again, he won. Floyd always wins. While he might not be the boxer everyone wants to see, he is a master technician and craftsman – and it’s hard to argue the results.

Manny Pacquiao fought recently, too, and looked like the Manny of old in the process, showing flashes of his former greatness. Seeing Manny pick apart Timothy Bradley got my motor running again. Could Manny still beat Floyd? Would it even matter now since Manny is past his prime and Floyd is soon to be as well?

We’ll probably never know, but it’s fun to think about.