Caffeine is the most widely used drug in the world. It’s cheap, legal, and socially acceptable. In the United States ninety percent of adults consume caffeine on a regular basis. More than thirty percent of all U.S. adolescents use energy drinks to get caffeine and as high as forty percent of junior elite British athletes use these same drinks.

But what are the effects of energy drinks? Some nutritionists liken the ingestion of a sugar laden caffeinated drink as a possible ground zero for a diabetic lifetime.

Caffeine is in its most absorbable form is a solid, believe it or not. To make caffeine more absorbable as a liquid most energy drink companies will add extra chemicals to their drinks in an effort to increase the kick of their particular brand.

A typical serve of coffee has up to 150mg of caffeine in it, while some brands of energy drink have as much as 500mg. The side effects of such high doses of caffeine can include insomnia, nervousness, and headache. In addition a few studies have shown the use of energy drinks can lead to increased risk of tachycardia.1

While many share concerns about caffeine being a diuretic, particularly for endurance athletes, there has been no correlation between energy drinks and any increased water loss or exercise-heat tolerance. Researchers were clear to note, however, that products that contain ephedra or other beta-agonistic compounds may not have the same benign effect, as they were implicated with higher risks for heart and blood pressure problems.

With addiction like symptoms appearing in over sixty studies, those who habitually consume energy drinks should be warned – these things are ticking time bombs.

But how useful are energy drinks for a pre-race boost?

With caffeine having been shown to increase performance by as much as nineteen percent in some studies there’s no wonder the IOC has this little bean on its banned list. But all these gains are shown in endurance sports, not strength or anaerobic fields. One study showed a 450mg caffeine drink (the equivalent to a triple shot espresso) combined with 1,200 mg of garcinia cambogia (50% hydroxycitric acid), 360 mg of citrus aurantium extract (6%), and 225 mg of chromium polynicotinate in an enriched coffee drink was shown to significantly enhance time to exhaustion during cycle ergometer exercise by 29% compared with subjects consuming decaffeinated coffee.But no gains were seen in anaerobic power.2 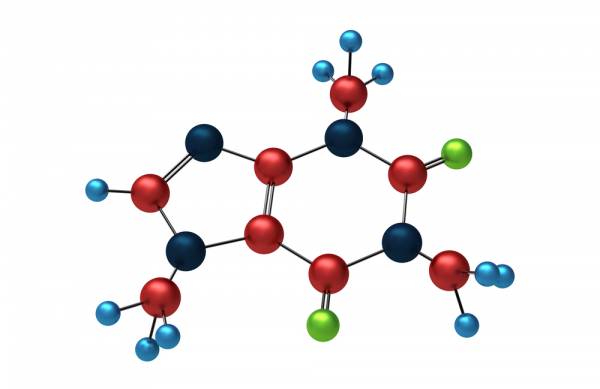 But are we really surprised that a triple shot espresso, fortified with some other “stuff” led to a big boost? There’s a reason you see cyclists at coffee shops all the time.

But do you think your child should be having a triple shot espresso before school sports practice?

Obviously energy drinks have a time and place. I know I was addicted to them, and for about three years had the maximum recommended dosage of a particular local brand daily. Part of the Ironman project I am on, though, is to tick all the boxes for a year. Make sure everything is as good as it can be. For years I had argued that because I didn’t drink caffeine this reliance on energy drinks was acceptable. But deep down I knew I was hooked, and that didn’t sit well with me.

It’s been two weeks now that I’ve been completely off the energy drinks. The side effects – I feel better all day long with no highs and lows in my energy. I sleep better. I’ve gotten leaner too, which is likely a side effect of now having to go to bed a full hour earlier. During conversations with fat loss guru Josh Hillis, he told me the extra hour of sleep – getting me up to my required eight per night – was a key factor in hormone production and fat loss.

Now, when I do end up having caffeine, usually in the form of a gel on a long ride, everyone grimaces, as they know about the surge I’m about to put in boosted by the effects of that little brown bean!