Everything You Need to Know About Supersets for Hypertrophy

These simple hypertrophy tips could make the difference between personal records and injuries.

One of the easiest ways to cut time off your workouts and add a challenging metabolic component to hypertrophy-specific training is by including the intelligent programming of supersets and compound sets.

Not only will supersets allow you to nearly double your overall workload and volume per workout, they can enhance the overall performance of all exercises in your routine while simultaneously packing on some serious muscle armor.

Me performing pull ups as part of a superset

If adding a few slabs of meat to your frame isn’t convincing enough, listen up. Maximally loaded supersets using short rest periods can skyrocket your anabolic hormone response during and after exercise. This streamlines you toward your strength and hypertrophy goals – one burning, gut-wrenching set at a time.

Almost sounds too good to be true, right? That’s because it just might be.

Improper programming of supersets can lead to increased incidence of traumatic and overuse injuries, while overtraining specific muscle groups and soft tissues alike. Review the simple tips below before you program your training – it could make the difference between personal records and injuries. The choice is yours!

Improper programming of supersets can lead to increased incidence of traumatic and overuse injuries, while overtraining specific muscle groups and soft tissues alike.

Superset: The back-to-back performance of two exercises of opposing muscle groups, with little to no rest in between.

It’s common practice in our misinformed fitness culture to use the terms compound sets and supersets interchangeably. This may be okay for the general elliptical-jockey public, but differentiating between these two strategies can be the difference between plateauing with your strength and hypertrophy gains and continuing to throw iron on the bar and muscle on your body month after month.

RELATED: Super Sets: What They Are and 4 Ways to Do Them

A compound set is similar to a superset, but with the use of two exercises that activate the same muscle group. Supersets are used primarily to ramp up the metabolic stress of a specific portion of a training session, while saving time in the form of shorter rest periods. Compound sets have an entirely different goal – to add overall volume to a muscle group.

Due to muscular fatigue, compound sets decrease the overall load you’re able to handle for an exercise. But they increase your overall set/rep scheme for a given pair of movements. Simply said, this method will fry the active muscle groups while keeping your heart pounding through your chest.

The muscle-building efficacy of back-to-back multi-joint exercises with minimal (under thirty seconds) rest is mainly due to your body’s endocrine response during and after intense bouts. Heavy loads coupled with little rest increase your circulating blood lactate levels, which increase the acidity of your blood. This increase in blood acidity will trigger the release of growth hormone (GH) from one of the body’s most powerful endocrine organs, the pituitary.

RELATED: Growth Hormone: How Does It Work and Why Do Women Have More?

Growth hormone is just one hormone in the complex equation of muscle hypertrophy and strength. Testosterone is also released at an increased rate during the performance of near-maximal superset protocols. And directly after a bout of intense training, insulin-like growth factor-1 (IGF-1) circulates at increased levels for up to forty hours. This leaves the anabolic window wide open for growth potential and recovery. 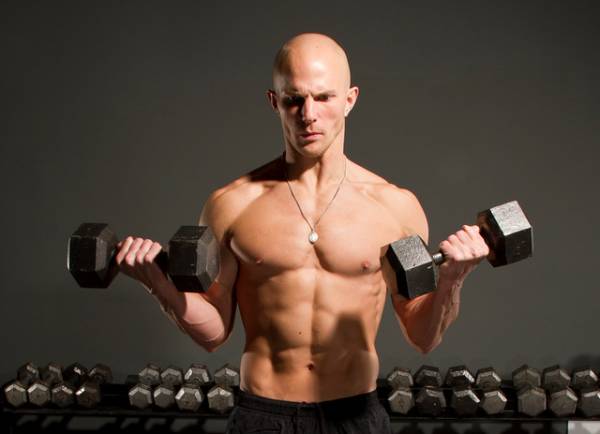 Programming supersets isn’t quite as simple as throwing together two exercises and crushing yourself with as little rest as possible. Here are some of the most common mistakes made when programming supersets, and why they may do more harm than good when incorrectly performed over time:

Challenging the core during loaded compound lifts is a great way to link body segments and increase overall functionality and performance. But the muscles of the anterior and posterior core are phasic in nature and only able to perform at optimal levels for short periods. If two exercises both challenge the core from an isometric or dynamic stability standpoint, the core will become fatigued, increasing the chance of injury and overuse.

RELATED: Do You Know What Your Core Really Is and What it Does?

A great example of a bad superset practice I see in the commercial gym setting is supersetting a squat/deadlift with an isolation core exercise such as crunches or the ab wheel. If you are squatting to near maximal intensities, your core will be on fire. No need to kick a horse while it’s down and throw in some crunches on top of it!

Performance of two exercises that both add compression of the spine is commonly seen in poorly programmed supersets. Before choosing your exercises, classify them all into two categories: spinal compressors and spinal decompressors.

“Give your back a break. You’re probably already sitting eight hours a day in a slouched posture. The last thing you need is to test your spine’s limits, over and over again, during a superset.”

An example of a spinal compressor is a squat. Vertebral segments are loaded, and forces are bringing them closer together under loads. A movement that acts as a spinal decompressor adds space between vertebral segments. Examples are a chin up or pull up where the feet are in an open-chain position.

Think of this equation when choosing your combos of exercises for compound or supersets: Compression + Decompression = No Back Pain!

Give your back a break. You’re probably already sitting eight hours a day in a slouched posture. The last thing you need is to test your spine’s limits, over and over again, during a superset. 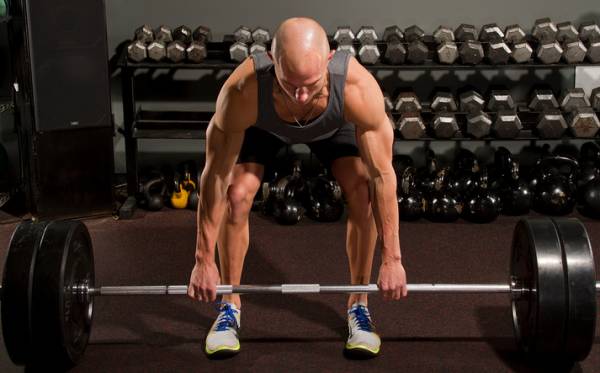 The most popular exercise in the gym is undoubtedly the bench press. This is the first, and sometimes only, exercise done by many people on a daily basis for upper-body emphasis. By programming a posterior-chain exercise before an anterior chain, the completion of the pull will enhance the performance of the push.

So, it is no surprise that when putting together supersets, the chest exercise always precedes the back. Bro logic would have you thinking that because you cannot see your back in the mirror, it does not exist. If you can’t see it, it’s pretty much useless, right? Wrong on so many levels!

RELATED: Understanding and Growing the “Wings” of Your Upper Body

By programming a posterior-chain exercise before an anterior chain, the completion of the pull will enhance the performance of the push. By activating stabilizers in both the posterior scapular region and the posterior pelvic girdle, exercises such as upper-body pressing and quad-dominant leg work will be more effective due to increasing reciprocal inhibition and dynamic stability.

Remember, Pull -> Push! Your shoulders and hips will thank me later.

How Long to Rest for Your Specific Goals

The design of your supersets is dependent on your specific goals. Here are some common goals, and how to program according to the type of gains you are after. Follow the prescribed rest period for your training focus:

Because supersets can be demanding from a metabolic and muscular-stress standpoint, the frequency of training specific groupings of exercises and/or functional body units, should be limited to two to three times per week. Adequate rest and recovery are key to progressing your strength for the long run. 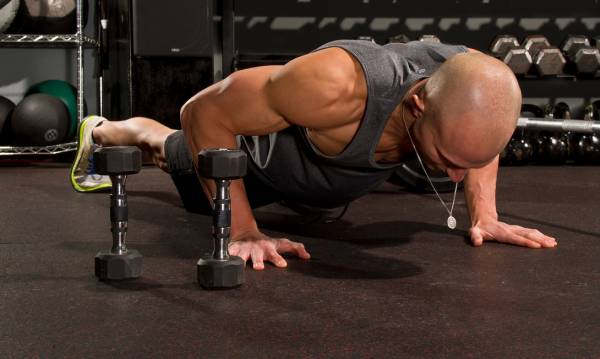 The Gains Are Coming

Supersets can be a game changer for your strength and hypertrophy training. But only if they are performed intelligently, using these simple components of program development.

RELATED: The Line Between Hypertrophy and Strength Is More Grey Than Black

Don’t let yourself become stale, continue to challenge yourself, and get more out of the basic compound lifts you know and love. Fitness isn’t about reinventing the wheel. It’s about getting that wheel turning as quickly and efficiently as possible.

Put your own spin on supersets, and reap the gains. I would love to hear back on the combos you love and are having the most success with. Please post any questions or thoughts to the comments below.