The Thais have used this herb for centuries and still believe in it to this day for testosterone support.

If you’ve never heard about the herb Butea Superba, you’re not alone. It’s quite likely that most people you talk to don’t know what it is either. However, in Thailand, it is an extremely popular and well-known supplement used by men of all ages, but especially those that are over 40 years of age who experience its true androgenic abilities when consumed. This herb isn’t just your standard testosterone booster, but rather a different take on androgenic enhancements.

What Exactly Is Butea Superba?

Butea Superba, also known as Red Kwao Krua, contains both phytoestrogens and phytoandrogens, which on the surface would make it seem less than ideal for consumption by men. However, what it also possesses is anti-estrogenic compounds which likely offset the effects of the pro-estrogenic components.1

Proven scientific evidence on Butea Superba is lacking, but the studies that have been conducted thus far indicate that it is primarily used by middle-aged and older men for its pro-erectile properties.

It doesn’t do this by elevating testosterone, but rather DHT, the primary androgenic metabolite of testosterone.2 Blood testing following consumption of Butea Superba may indicate reduced testosterone levels, which at first glance may seem alarming but is likely due to increased conversion to DHT. This also explains elevations in liver enzymes and increased spleen weight, which is typically associated with increased levels of androgens in the blood.

In a small-scale human study which lasted for three months and used a dose of 1000 mg per day, it was found that moderate testosterone increases were found to the tune of about 11%, all in men with pre-existing erectile dysfunction. Even though over 80% of the men involved in the study reported improvements to erectile quality, the increases were deemed as not being clinically significant.3

Butea Superba also has been used traditionally by Thai men to treat erectile dysfunction (ED), having been found to have constituents which inhibit an enzyme classified as a cAMP phosphodiesterase, preventing the breakdown and inactivation of the compound cAMP.4 Increased levels of cAMP should increase testosterone levels and activate androgen receptors in one fell swoop.

The Effects of Butea Superba

Many people report an increased sense of self while using Butea Superba. This could be due to increased dopamine levels, but it is much more likely associated with elevated levels of DHT. If you’ve ever heard of the alpha male or are yourself an alpha male, higher than normal DHT levels are likely the cause of your confidence and swagger.

While most of its primary uses appear related to increasing libido and sexual function, it is a very good adaptogen which helps buffer stress, improves energy production, and can enhance strength output. 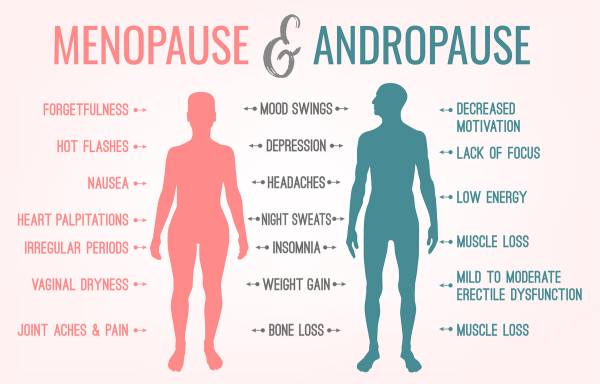 It is also not solely used by men, as it can also be used by women for its energy enhancing effects. However, there is a real risk of the virilization symptoms (occurrence of androgenic side effects) occurring in women due to its androgenic properties. It is believed that consumption of the supplement can help to reduce the effects of stress-mediated depression by restoring the function of the HPA axis.

There was a very popular case study that surfaced years ago of a 35-year-old man who experienced heightened androgen levels following use of Butea Superba for a period of time. While it is unknown the exact dose he used, the results of lab tests carried out on him revealed DHT levels to be in the vicinity of 1500pG/mL, whereas the normal range is between 250- 990pG/mL.

Doctors determined that the cause of his elevated DHT levels was due to consumption of Butea Superba, which he only started using as a remedy for hair loss. After stopping consumption of the supplement for just one week, his DHT levels reportedly returned to normal.

Another study (conducted on rodents) found that administration of Butea Superba appeared to have a dose-dependent effect on lowering testosterone.5 However, it was found that as testosterone levels got lower, androgenic characteristics became significantly more pronounced. This led to the hypothesis that as serum testosterone levels diminished, it was, in turn, being converted to DHT. The reduction did not appear to be due to testosterone suppression.

The Jury Is Out on Butea Superba

When it comes to conclusive evidence concerning Butea Superba, the jury is out. However, there must be something explaining the reason why Thai men have used it for centuries and still believe in it to this day.

Fighters and aged men seem especially poised to benefit from its use probably as a result of its effects on DHT elevation. The presence of its phytoandrogens and its cAMP boosting effects are the likely reasons behind its efficacy.

On a final note, if you decide you want to supplement with it, be sure to keep an eye on your liver enzyme levels as elevations have been recorded following its use. Be sure to stay away from alcohol and other known triggers of elevated liver enzymes while using Butea Superba.