Major League Soccer is becoming more popular in the United States, but it faces an uphill battle in winning over the hearts of Americans. Here’s why. 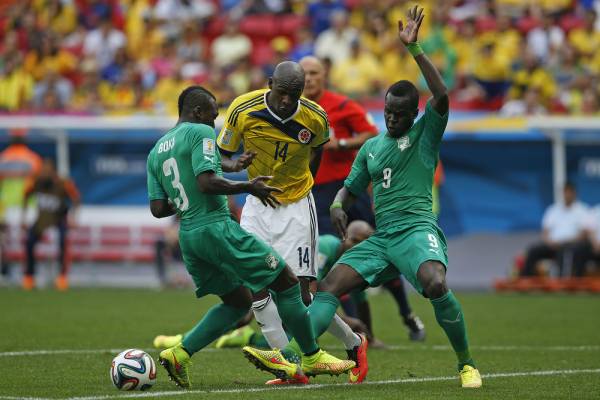 While soccer, or football as its known on the rest of the planet, is the world’s most popular sport, it’s far from ours. In the United States, tackle football reigns supreme, with basketball and baseball as distant runners-up.

While tackle football is in no immediate danger of being knocked off its pedestal in America, soccer is definitely picking up fandom and momentum here.

Major League Soccer (MLS), our professional soccer league, has a small but passionate fan base, and the U.S. Men’s National Team (USMNT) boasts an ardent following and its own share of newfound success on the field.

In short, soccer is growing in the U.S. Through the first seventeen World Cup games broadcast on ESPN, ratings were up 26% over the last World Cup in 2010. Is soccer finally becoming relevant here in the United States?

The debate rages on, but for now the World Cup isn’t surpassing Super Bowl Sunday in American households any time soon. Here’s why we increasingly love soccer, and why we still don’t.

The only time I have ever been at a sporting event in the United States where spectators stood and chanted the entire event was at a soccer match.

I’ve been to NFL games, NBA finals, and World Series games – nothing matches the fan intensity and the pageantry and energy of a professional soccer fan.

With such passion off the field, comes an added element of intrigue and excitement in the game itself. It’s almost the opposite of a modern-day professional baseball game, which lacks the electricity and mystique that once made it America’s national pastime.

Nowadays going to a baseball game is about being entertained by the jumbotron and gimmicks. You get your snack, you watch a few innings, and you leave after the seventh inning stretch. Yawn.

I’m not yet willing to equate an MLS game to a big-time college football game. Then again, I wouldn’t equate college football to the English Premier League either. The bottom line is that fans matter, and soccer’s chanting and knowledgeable fans make the sport compelling. 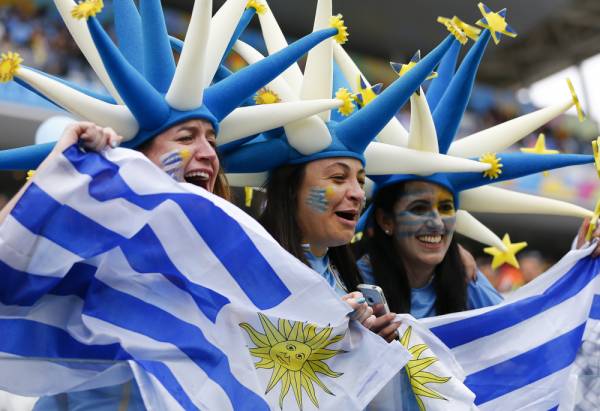 Remember the superstar competitions they used to have on TV with different professional athletes competing against each other in skill and agility? The idea was to determine who were the best athletes in sport.

Of course, there never was a clear-cut answer. Water cooler talk seems to suggest that basketball players take the cake. Certainly for explosiveness and power, American football players are in the discussion. What about speed, agility, and fitness, though?

While soccer players might not use their hands, they most certainly have speed, and their skill when it comes to agility is awe-inspiring. In terms of fitness, professional soccer players display a phenomenal level.

During the previous World Cup over 100 players averaged running six-plus miles during a match and some as high as seven or eight.

We’re not talking about a casual jog in the park either. We’re talking about anaerobic sprints for ninety-plus minutes. When it comes to skill, speed, and fitness, soccer is fantastic to watch.

How hard can it be to put a ball in a net eight yards wide and eight feet tall? Apparently really hard. In the last World Cup, there were a paltry 1.56 goals per game scored on average.

While this World Cup is off to a torrid start with almost double that figure, three goals per game still doesn’t sound like a lot of scoring to me.

It’s tough to score in soccer. While this fact is maddening to the casual soccer observer, behind the scoring is a great deal of strategy and flow that’s happening on the pitch.

The nuance of that flow and how the pieces of a soccer match fit together holds intrigue. How the players move without the ball and create space to be in the right place is a thing of beauty to watch if you look closely enough.

The fact that it’s so difficult to score makes it all that more amazing when the rare scoring opportunity does occur. You can only capture the king once in chess, but that doesn’t make it any less of a game. 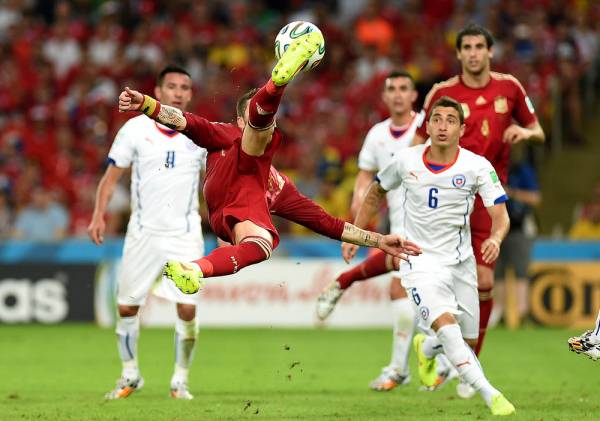 Nothing drives me more insane than the absurd dives seen in soccer. A soccer player will writhe in agony and desperate “pain,” only to be back up playing two minutes later. This utter nonsense occurs for one reason and one reason only – sometimes flopping works.

Flops can create penalties and penalties can create goals. While you may be helping your team in flopping, nothing aggravates us Americans more.

First, it’s cheating. You want to win, put the ball in the net during the game, not during a penalty kick. Second, learn how to take a hit already. You’re a professional athlete for goodness’ sake.

We in America know how to take hits. Maybe in the minds of some this is the arrogance of the Ugly American, but I’d rather take a hit any day and pretend it didn’t hurt versus fake an injury that didn’t actually hurt. Durex has it right in their new ad campaign – stop faking it.

In essence, a penalty kick is a goal. There really isn’t a point to taking a penalty shot, as the goalkeeper has no time to react. There simply isn’t time to react to a ball that is coming at speeds approaching 125mph.

According to The Science of Soccer Online, 85% of penalty kicks (from professional leagues, championships, and World Cup play) result in a goal. This puts simply way too much power in the hands of the referees. A foul in the box is essentially a goal.

In soccer, where so few goals are scored, there is far too much weight in such a penalty. Soccer needs to clean up its act and let the players play. I don’t go to an NBA game to watch refs and free throws. I go to see players make spectacular plays.

Ties are for bankers and lawyers, not sports. You may play for the love of sport, but lets be honest, you also play to win. Americans can’t stand ties. It makes us feel cheated – like the game was played for naught. America likes a winner, and will even root for a perennial loser. But what America won’t support is the concept of average.

Play the game until someone wins, already. Maybe the goal needs to be a touch wider or the field a bit shorter. Something, but nil-nil doesn’t get it done for us. 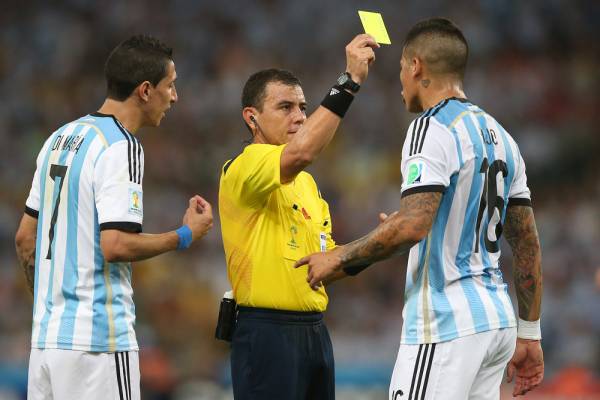 In the end, I think soccer is awesome, especially at the professional level. The electrifying atmosphere and the athleticism of these superb athletes is intoxicating to watch. More than anything, I love the pageantry and enthusiasm that surrounds professional and international soccer.

However, association football will never touch American football in my view until it toughens up on the nonsense and puts the result of the game in the hands of the players, not the refs. For now, when it comes to NFL on Sundays or soccer on Saturdays, the NFL still gets my vote.