Forget your “Couch to 10K” article. Here’s the way to become a runner. It’ll take time, but you’ll avoid injury – especially if you’re older than 35 – and complete your race, mud run, or triathlon. 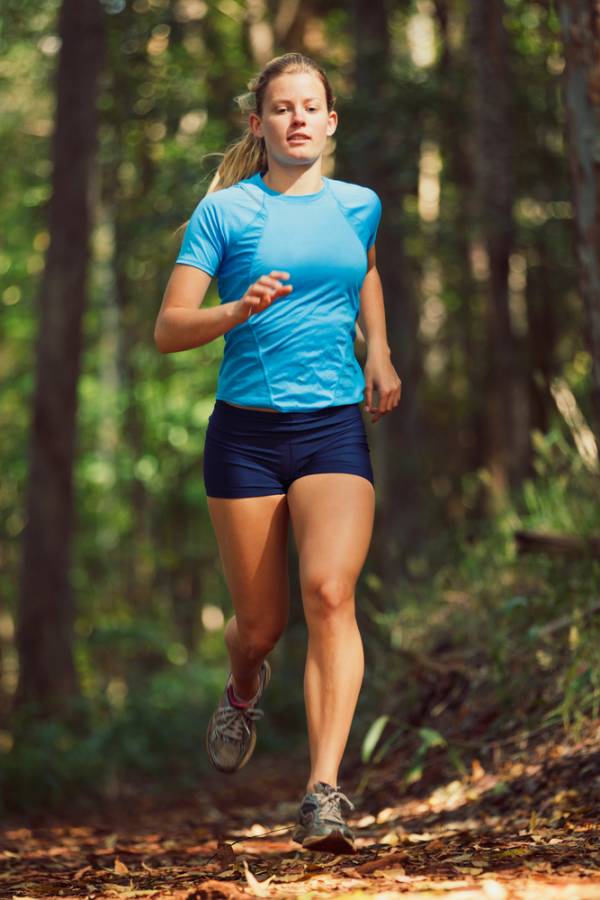 Whether it’s events like Tough Mudder, a marathon, or a local sprint triathlon many people decide to take the step to get into running each year.

They search online for free programming (because running is so simple no one should need to actually pay for advice) and find something called a “couch to (insert name of distance here).” The problem is these programs are usually terrible and make a few false assumptions.

Whether it’s events like Tough Mudder, a marathon, or a local sprint triathlon many people decide to take the step to get into running each year.

They search online for free programming (because running is so simple no one should need to actually pay for advice) and find something called a “couch to (insert name of distance here).” The problem is these programs are usually terrible and make a few false assumptions.

Why Would I Need A Plan For Running?

The first problem is they assume everyone comes into them with a clean bill of health. Most people assume that means that they have no heart or lung problems. But they’re missing one vital aspect of the equation – the body.

If you’ve done nothing but sit at a desk for years and moved little you’re not going to be ready to run until you can get the kinks out of your body. Something as simple as the amount of ankle dorsiflexion you have can make tremendous differences to your running.

Try this test – place one foot flat on the ground and push your knee as far forward as you can until the heel is just about to come off the ground. Make sure to push the knee out in line with the little toe, not over the big toe or inside of the foot. Measure how far forward your knee has moved. If it’s less than 4” you have a deficiency. If you’ve got a significant difference left to right that’s even worse.

So let me tell you what happens. Because you lack adequate movement at the ankle your body needs to find that extra range somewhere else.

Maybe it’s in the toes or foot, maybe it’s the knee, maybe it’s the lower back. But somewhere else along the line your body is going to create extra inches of movement that you don’t have in your ankles. And at 1200-1500 steps per kilometer that can add up to a massive amount of potentially damaging movement being created in the wrong place.

And all this made me realize that starting running isn’t as easy as lacing up your runners and heading out the door. There’s three distinct phases you need to go through, and the older you are and the less history of running you have the longer you’ll need to spend on each of these stages.

This is the point where you decide that despite never having run significantly you’re now going to enter a race or maybe just begin running to help get in shape.

But let’s be realistic. Are you actually ready to race? Probably not, if you’re like most of the first timers I meet when they walk through our doors.

Stage 1 actually has two parts. The first part is to get an FMS screen and begin working on getting the body to a solid starting point while simultaneously building form.

Because every body is individual I will not go into what you may need as far as corrective exercise goes, however what I will do is talk about the process to starting running.

I am not a huge believer in any of the popular running methods. There is no evidence that people who run with POSE, Chi, or any other style suffer fewer injuries or go faster. There are some basic guidelines to form and this article by Tony Benson remains the best I’ve seen.

Unlike most so-called running coaches, Tony has been there with the best, both competing with and coaching athletes at the top level. Ingrain what he says and focus on those points while running – resist the urge to zone out.

Every single step should be an effort to make the next step better than the one before it. (I also advise no music for the same reason, as it’s too distracting).

If you were a beginner in the gym no one would think to load you up with a maximum load straight away. Yet when you tell people you want to run the first thing they say is, “You should do sprints.”

I have to say I believe that to be the single stupidest piece of popular fitness advice in today’s fitness industry.

Running fast puts an enormous strain on the body – far more than a heavy squat or deadlift session ever could, with loads of up to eight times body weight recorded in sprinting.

Compare that to a “heavy” squat session for a beginner that wouldn’t even have full body weight as load on the bar and you start to see how damaging urging an underpowered and poorly aligned novice to sprint can be.

The top minds in movement all say the same thing – develop mobility, stability and proprioception, then endurance, and finally add strength and power. You can build mobility and stability concurrently while learning about how to run at the same time. The best way to do this is a walk/run program.

I like to begin with sets of five minutes. The first stage is thirty minutes total – jog one minute and walk four, repeated six times. Perform this three times per week.

Now we start adding time to the intervals and push that out to ten minutes:

That gets us to the end of phase one. While it may seem like it’s a long way to get there, trust me when I say if you’re taking up running later in life (and sorry to say but that is 35+) this will be an injury free way to get you to running non-stop for an hour.

The injury issues can be compounded more if you are either overweight or carrying a high amount of muscle. Take your time getting through stage one.

This stage is simple. Now you’re running an hour and you need to get to the point where you can run an hour twice a week with a longer run of 90-120 minutes on another day.

For people who question the long run this is one of those “you just have to trust me” things. Until you’ve done the long sessions and see what happens as a result, you won’t understand. But once you do these weekly for a few months you’ll understand.

The mid-week runs are to be easy, nasal breathing runs. The weekend run is easy as well, but run the last twenty to thirty minutes a little bit harder.

At this point there is to be only a limited amount of intensity. In gym terms, you’re still in the three sets of ten phase, of needing easy volume to further hone form and build the body. We still need a solid bed of strength endurance before adding intensity.

Before people jump all over me, realize the most important thing about running distance is that you can maintain midline stability and foot and ankle control for periods of time.

The stabilizing muscles of the body are all slow-twitch and need to be trained that way.

As well, attachments take a long time to adapt so this is still part of our breaking in process. I would stick to this phase for six months. It makes an ideal winter preparation period for a summer event.

Now we’re ready to get serious and add some speed work. Don’t be foolish and decide to go run 400m intervals.

The purpose of speed work is not to run flat out, but to teach the body to run at a slightly higher pace than what you can right now.

Most people do not ever get faster; they simpler run further. So their 5km is half of the 10km time, which is only marginally faster than their half marathon time. The goal of a speed session is to do some quality work at higher than target race pace.

I like to only use one quality session per week for most people. At this stage we’re up to four runs per week – 2 x 45-60min easy runs, 1 x longer run of 120mins with last 30mins hard, and a interval or hill session. Here’s how both of those work:

This whole process may take a year just to get to the third stage, but trust me when I say you’ll be injury free and enjoying running.

Not only that, but you’ll likely be covering a half marathon every weekend in your long run, so longer events won’t pose a problem (like Tough Mudder, which is averages 18-19km). Don’t be in a rush, as that way leads to the doctor’s office.