Crack That Whip: The Jab Is the Most Important Punch

The jab may not be the most glamorous of punches, but it can be one of the most effective in disrupting your opponent and setting up your own killer combos. 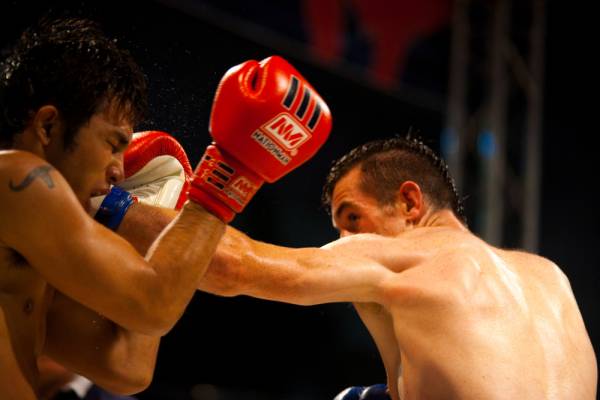 The most important punch is the jab. The jab doesn’t end fights, but it sets up everything that does. You can’t get your opponent in checkmate without first moving your pawns properly. Jabs keep your opponent busy and force them to play defense versus thinking necessarily about their own offense. When you’re playing chess and you start losing all of your pawns, you get frustrated and you start playing defense. Jabs fluster your opponent because they create a momentary stun. That moment is our opportunity.

For ninety percent of us, the jab is our left hand. In an orthodox fighting stance that left hand is the closest weapon to your opponent. While the advantage of a jab as a weapon is that it’s close, it doesn’t have the power of our dominant right hand. Nor does the jab pack the punching power of bent-arm blows like hooks and uppercuts. Throwing a hook or a cross is like swinging a bat – the transfer of weight and force generated can create devastating damage such as a knockout. The jab conversely, is like snapping a whip. You aren’t going to knock someone out with a jab, but you will stun or perhaps cut him or her if you throw it properly, and as a result you can disable your opponent long enough to execute your next move.

Technically the jab is easy to throw unlike something like a left hook, which seems problematic for people to throw correctly. The jab is straightforward literally. Your elbow should be pointed straight at the floor all the way to your opponent’s head (or body). At the last moment you turn your wrist so that your hand turns over with your fist striking your opponent with your index and middle fingers. This twist can create a cut on your opponent and allow for a bigger center of mass to land.

I have found that a good way to coach the jab is to line up an orthodox fighter with their left shoulder against a wall. This forces the boxer to keep their elbow down and move it straight forward along that wall all the way towards their opponent. The wall doesn’t allow for the elbow to flare out.

There are a few problems with allowing your elbow to flare out in a ‘haymaker’ type motion with any punch, a jab included:

My boxing coach John used to have me practice a drill called the freeze jab. That is, he would set me next to the bag and demand that every muscle in my body be completely relaxed and still. I would be holding my left hand maybe six inches from my head. He would make a loud clapping noise and at that moment I was to throw my jab (only moving my hand) as quickly as I could. No momentum, no step, no tell. 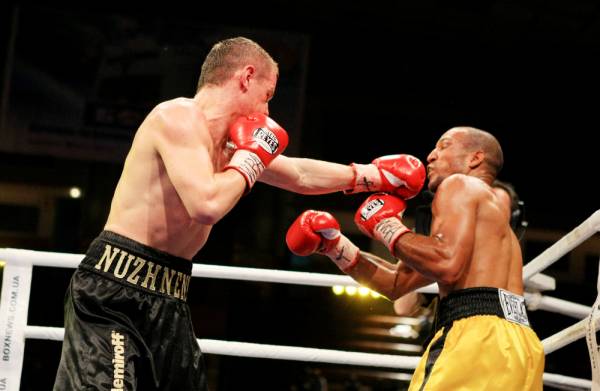 The analogy of a whip is a good one because the whip’s power is its speed. Another thing John used to say over and over is “speed is power,” which is why the freeze jab drill is so effective. The idea is to practice speed from a completely still position. This takes discipline and patience.

Another important variable to speed is the getting your hand back in position to defend. We tend to think of speed in terms of going forward on offense and hitting our opponent. We hit the bag with speed and power but that bag doesn’t hit us back. When I am coaching I am often able to land my coaches mitt right on the cheek of my students because they forget to bring the left hand back with speed to the defensive position. As important as speed is as a variable to set up punches, it is equally important as a defensive measure. The whip is just as fast coming back as it is going forward.

With so much emphasis on the jab, your biggest opponent ultimately will be your own fatigue and exhaustion. Things like punching with a weight, lots of rounds on the speed bag, as well as other shoulder conditioning exercises can help you to practice keeping your hands up no matter what. When you practice you should throw jabs and you should throw lots of them – in ones twos, threes, and maybe even fours.

Furthermore, you should also think about what comes after the jab. Double jab, cross is a popular and basic combination, but odds are your opponent is prepared for that one. I watched Miguel Cotto fight a few years ago and fell in love with his jab, but he lost that bout because he didn’t have the ‘what’s next?’ figured out to his jab. You should practice that double jab with every single combination possible. One I particularly like is a double jab, fake, left hook. 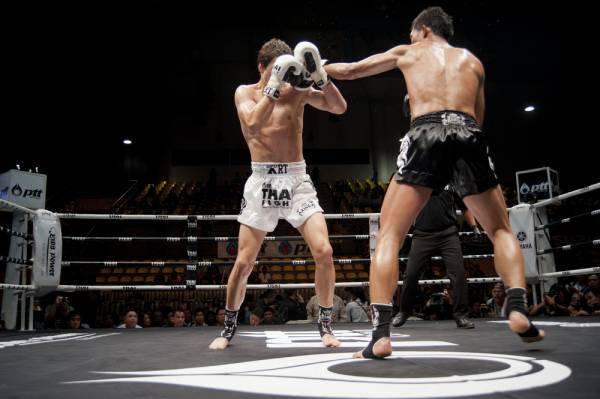 The jab is the most important punch in fighting and boxing because it is the setup that all other punches follow. As I pointed out in an article on the left hook a while back, renowned trainer Freddie Roach likes to say, “Only suckers get hit with right hands.” That is, we should see it coming. However if you just got cracked with a nasty jab, it’s less likely you will see the right hand coming – at least that is the idea.

With the jab being so instrumental to your game, at least half of your striking practice should be the jab. This stinks because it isn’t as fun to throw. It just doesn’t rattle the bag the way a heavy-handed cross does. I don’t know about you but I would rather swing a bat than crack a whip. In boxing though, usually you have to use that whip first.