EMOMs: The Most Misunderstood Method in CrossFit

The benefit of an EMOM is not to mix and match tasks, but to train energy systems and skills, and train you to work. 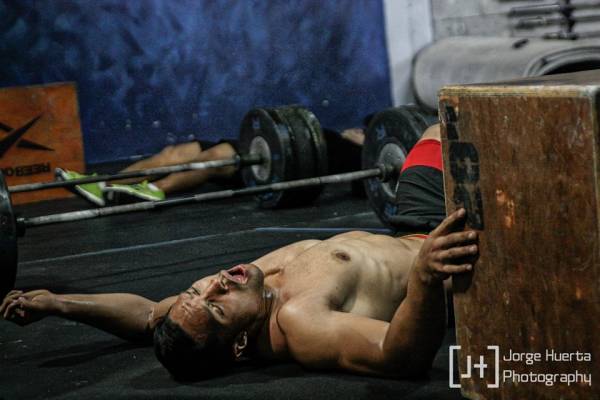 One of the biggest misconceptions about CrossFit is that the only way to have an effective workout is to end up in a sweaty, metallic-tasting imbroglio at the end of every session. The essence of CrossFit is the WOD, which seems to connote a balls-out daily bloodletting.

One of the biggest misconceptions about CrossFit is that the only way to have an effective workout is to end up in a sweaty, metallic-tasting imbroglio at the end of every session. The essence of CrossFit is the WOD, which seems to connote a balls-out daily bloodletting.

The “W,” of course, stands for “workout.” Without a “W,” perhaps we are not really “working out.” As CrossFitters, we prefer to think of our time at the gym in terms of the workout, rather than training. It’s not uncommon, for example, to see a programmed session like this:

Surely the strength portion of the session isn’t considered a “workout.” We think of the strength or skill training as the appetizer and the WOD as the main course. We want a workout, damn it! Let’s get our sweat on!

This is not the best approach, though, and I believe this faulty approach is often accompanied by an equally faulty perspective on the EMOM. There are several misconceptions about EMOMs and their value that I am going to address and dispel today.

RELATED: Learning to Rest: Teaching Hard Chargers to Slow Down and Relax

Not Every Training Session Is Going to Kick Your Ass

I would like to suggest a shift in the vernacular. Let’s consider looking at the entire session, including warm up, strength, skill, conditioning, and cool down, as our “workout.”

And I would go one step further and suggest that rather than call it a “WOD,” we simply refer to our time in the gym as “training.”

Some days, depending on what program you follow and what your goals are, you’ll be working some of the pieces of your training at 75%, or 85%. Some days will have more volume, some days less.

Some days, especially at the end of a three-day cycle, you may have a light session and you may walk away thinking, God forbid, “That wasn’t even that hard.”

And then some days, you will never once hit the floor choking on your own spit and rolling around in pain. You will remain erect for the entirety of the session.

“Not every single training session is going to kick your ass. If it does, then you need to find a new program, coach, or box.”

Stop right there. I want that to sink in. Not every single training session is going to kick your ass.

If it does, then you need to find a new program, coach, or box. There are many days where quality programming is specifically set at submaximal.

For example, 8:00 at 85% of 1 rope climb, 10 wall balls, 10 kettlebell swings as a component to a broader training session. There are even entire weeks devoted to deloading in such quality programs. Some days you’re just doing work.

“EMOM” stands for “every minute, on the minute.” Meaning, you are to perform a specific task every time the clock hits :00. You may have the following:

Pretty self-explanatory. Now, an EMOM is rarely programmed as the single, standalone piece of a training session. It’s fairly common to have a strength portion, then an EMOM, and then perhaps a short conditioning piece. 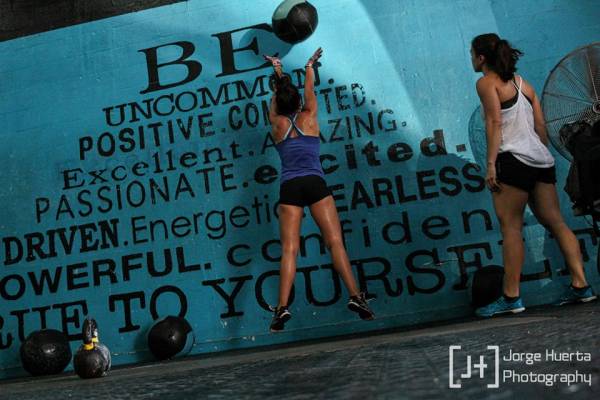 RELATED: The Importance of Respecting the CrossFit Process

You may have seen an Instagram snippet that depicts doing an EMOM as “not working hard.” There are several issues I take with this post, in addition to the suggestion that doing an EMOM is skirting hard work.

The poster’s statement that “it’s far too easy to program them incorrectly, allow too much rest, and not get in the best workout you could have” suggests that rest taints the workout. I would suggest that rest during a workout is part of the training.

RELATED: How to Choose the Proper Work and Rest Periods When Interval Training

The entire Instagram post presupposes a couple of things. First, that the EMOM itself is the workout. It’s not. Used correctly, it’s a part of an overall training session.

To suggest that merely doing an EMOM is “not working hard” presupposes that the EMOM is all you’re doing that day, and because rest is involved, you can’t possibly be working hard enough. But the work-rest ratio is a training tool. “100% all the time” is not.

EMOMs Are the WOD

If you walk into your box and the entire training session is an EMOM, your coach may be missing the point. I recently saw a post that was a twenty-minute EMOM, with the first minute being a 100m shuttle run, the odd minutes being one round of “Cindy,” and the remainder of the minute being power cleans.

So, in other words, no rest. Except maybe a bit on the even minutes.

This isn’t really an EMOM in the training sense, but a twenty-minute AMRAP where you switch movements at a set time. If you program an EMOM with no rest, it defeats the purpose. It just becomes really organized AMRAP.

“If you walk into your box and the entire training session is an EMOM, your coach may be missing the point.”

The benefit of an EMOM is not to assign tasks in a workout to switch up every minute, but to amplify your training – to train energy systems, increase skills, and train you to work.

EMOMs Are Just for Skill Development

No. EMOMS can be used for a multitude of things in addition to exposure to skills. Depending on the rep scheme, an EMOM can train your CP-ATP system or your glycolytic system.

For me, a ten-minute EMOM of one power clean at 235lbs is going to train my CP-ATP system. Taxing that system with a heavy burst and adequate rest will allow me to push into either higher weight or more reps in a shorter period of time.

Similarly, a ten-minute EMOM of five burpees and five box jumps will, when used effectively, (see next section) become a good, if not unpleasant, aerobic training tool. 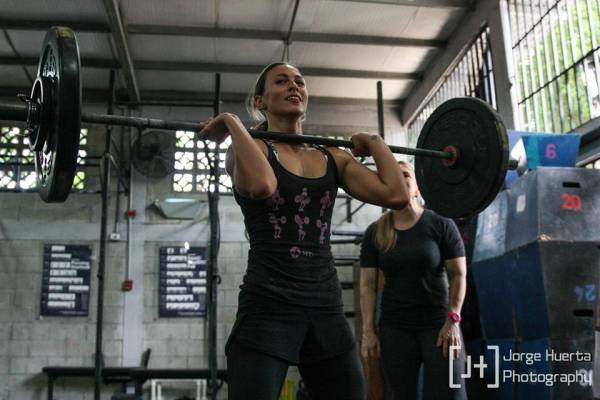 An EMOM does you no good in a vacuum. It should necessarily be part of a progression. As I stated above, doing EMOM for 10:00: 5 box burpees, 5 box jumps does me little good as a standalone workout.

Its value comes in revisiting that training weekly, with incremental increases in the reps or time, so as to increase exposure to the work.

“As soon as we unchain the EMOM from the WOD, then we can get down to training.”

Week two, for example, might be a twelve-minute EMOM of the same reps, then the next week back to ten minutes but with six reps instead of five, and so on.

Lengthening the EMOM to twelve, then fourteen, then sixteen minutes over time, while using similar movements and exploring slightly altered rep schemes will train me to work longer during longer workouts.

EMOMs are highly effective training tools when used correctly. As soon as we unchain the EMOM from the WOD, then we can get down to training.