How to Adjust Sets and Reps to Fit Your Training Goal

It’s time to understand the numbers. The key is to know what each is for and not to do more reps than you have to.

The Importance of Number of Repetitions

Early on, you learned about repetitions. You learned the number of reps you do depends upon your training goal. You do singles, doubles, and triples for power; sets of four, five, or six for strength; eight to twelve reps for hypertrophy; and sets of fifteen or more for endurance.

(As an aside after all the many years I have spent around gyms I have never seen any trainee doing sevens. Ditto on thirteens and fourteens. I guess we just like to work with round or familiar numbers.)

How to Categorize Sets For Lifters and Bodybuilders

The way you categorize sets is somewhat different than reps. They, too, depend on your training goals, but they also depend on where you are at in your workout. Most trainees regardless of discipline use between three to eight work sets. These are the down-and-dirty sets that help you work toward accomplishing your goals.

It stands to reason that the higher the intensity and the lower your reps per set, the more sets you will have to do. For strength and muscle building, the name of the game is to achieve a certain volume of work in training sessions.

For weightlifters or powerlifters, you will not be able to lift more than one rep at 100% intensity, so you will have to do more sets of those singles to get enough work in. Conversely, if you are doing a bodybuilding-type of routine, then three sets is the norm. Due to the high reps, bodybuilders only need to do three sets in order to achieve sufficient training effect.

Approach the Warm Up With Caution

The number of warm-up sets done on the way to work-set territory can vary. Many beginners make the mistake of taking too narrow a step between each set. By the time they get to their work sets, they are showing signs of fatigue and cannot perform at their best. Excess warm up can be a sign of lack of confidence. This is especially seen to be true in competition settings where stress is high and those extra sets pile up quickly.

With practice you can get to the point where you will need few heavier warm-up sets. In that case, a new problem emerges – the psychological difficulty of going from very light to quite heavy all at once. This is like jumping out of a nice warm bed into a cold shower.

The solution is a little thing we call an approach set. This is a weight only a plate or so lighter than the first work set and done for only a single or double. The sole purpose of approach sets is to mentally prepare the lifter for the heavier work weights to come.

It is just too much of a shock to the system, especially that mysterious system between the ears, to go from a light warm up to a heavy work set in one jump. The approach set will warn the body and the mind that they are now going to be lifting something a little heavier. After the approach set the first work set will feel a lot better and the lifter will feel more confident.

Ramped Up or Straight Across

Eventually you get to your work sets. The number of reps and sets will depend on your training goals. Special attention should be given to the repetition regimen in your work sets. By that I mean, will sets be ramped up or straight-across?

Ramped up means the weight used in each set increases. A lifter might do 135×5, 155×5, 175×5, 185×5, and top out at 195×5. This approach is generally used by novices who have not yet developed the capacity for many sets at high intensity. This is great for getting newbies into shape and also for anyone coming back after a layoff or injury. As a lifter gets in better shape and more experienced, he or she will need more intensity.

That is where the straight-across sets come into play. At some point our lifter will want to do 195×5 for all five sets (or 195/5×5 as our shorthand puts it). Intermediate and more experienced athletes will need this extra work to produce a training effect.

This venerable 5×5 regimen is commonly used in powerlifting, football, and general strength training. It was popularized by Mark Berry in the 1930s and revived by Bill Starr in the 1970s. The only reason such an antiquated routine is still used is simple – it works.

Olympic lifters don’t use quite as many reps, instead concentrating on singles, doubles, and triples. As you might guess, when you are peaking for competition, the number of reps goes down but the number of sets will have to go up to compensate somewhat.

I say “somewhat” because you cannot substitute intensity for volume perfectly. For example, if you want to move from a 5X5 regimen to one with singles, you cannot do 25 singles at 95-100% intensity. Even Bulgarians will tire well before that. Eight to twelve such lifts are pretty much the maximum. At that point volume will drop off considerably, to the point it may be inadequate to maintain strength in the long run. So, what to do?

Enter the concept of the back-off set. This is where the bar is unloaded by a certain amount that will enable more reps and more sets to be done at a high enough weight to stimulate improvement, but not so much weight that fatigue happens too quickly.

Back off sets are often done straight-across until a lifter is satisfied that enough work has been done. Others prefer a sort of reverse pyramid situation where the weight is lowered gradually over several sets. Each set will be a little bit lighter and easier than the last. 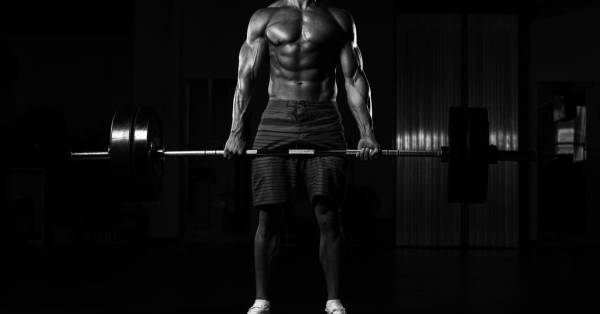 Variations on the Classic Rep and Set Schemes

There are other regimens out there, but the ones mentioned are the ones most commonly used today. But they are often done with some variation.

The old pyramid regimen has been around for ages. Often lifters will only pyramid upwards, but sometimes they extend the workout by pyramiding back down again. Still other lifters like to warm up really well, then start at the top and pyramid downwards Whichever way they pyramid they usually end up doing more work than they have to.

There are also hybrid schemes where three sets across at one weight are done and then three more may be done across at a higher weight. This is often done when transitioning from ramping up to straight-across sets. At first the lifter is only capable of one set at the maximum. As the lifter gets in better condition, he or she can do two sets, then three, still ramping up the earlier sets. Eventually, the lifter can do all five sets and ramping up can be forgotten.

The key is to know what each is for and don’t do more than you have to.