How Bands Are Actually Holding You Back

It wasn’t until I attended the current CrossFit Gymnastics certification that I realized bands are not essential, and can even be a crutch to an athlete’s progression. 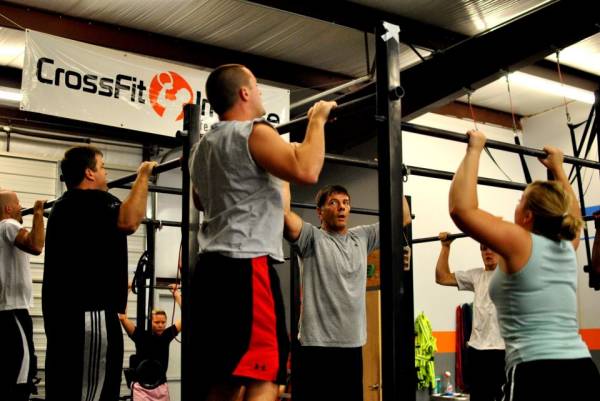 Lately I have noticed an increased usage of bands in CrossFit when it comes to movement progressions. There are all colors of these bands, usually ranging in both size and color from blue, green, purple, red, to orange (I may have missed some, but you get my point).

I can’t lie to anyone – yes, when I began CrossFit I used bands, too, but it wasn’t until I attended the current CrossFit Gymnastics certification with Sean Lind, Charles Bennington, Chantel Zandi, and Lindsey Gordon that I realized bands are not essential – and can even be a crutch to an athlete’s progression.

When it comes to stretching, bands can be helpful, but when it comes to progressions in movements such as pull ups, ring dips, pistols, and muscle ups, bands can become a hindrance to progress. I’m going to explain why bands are not actually helpful, how it all relates back to load volume, and give you tips for how you can successfully progress yourself or your athletes.

Often the worst habit new athletes get into as far as pull ups is the practice of kipping while using the band. This is a serious no-no. First and foremost, the band can get away from you and BAM! It goes up your crotch and that does not feel good at all (and yes, I am talking from experience – totally embarrassing, but it’s true). Second, a new athlete is not building the strength required in doing a strict pull up before they are moving on to a kipping one. It can become habitual to kip first, but this is something coaches want to avoid in new athletes. It is important to build strength before adding momentum.

One way we can build strength is through doing negatives. What exactly are negatives? Because power equals the product of force and velocity, when force is exerted on a weight in the direction opposite to the one in which the weight is moving (think lowering on the pull up) calculated power has a negative sign, as does calculated work. All such negative power and work occur during eccentric muscle activity, such as lowering or decelerating at the end of a rapid movement.

Now, negatives are a term that all coaches are familiar with, but the term “negative” really refers to work performed on, rather than by a muscle. When a load is lifted (think of bodyweight as the load) muscles perform work on the weight, increasing the load’s potential energy. When the load is lowered its potential energy is used to perform an equal amount of work on the athlete. The rate at which the repetitions are performed determines the power output. So, working negatives on pull ups means the athlete will start at the top of the bar (so use a box). The athletes will then slowly lower themselves back to the start position. Eccentric contractions are being performed on major muscle groups in the rotator cuff, latissimus dorsi, rhomboids, trapezius, and others. Eccentric contraction is when the muscle tension is maintained, but the muscle lengthens. 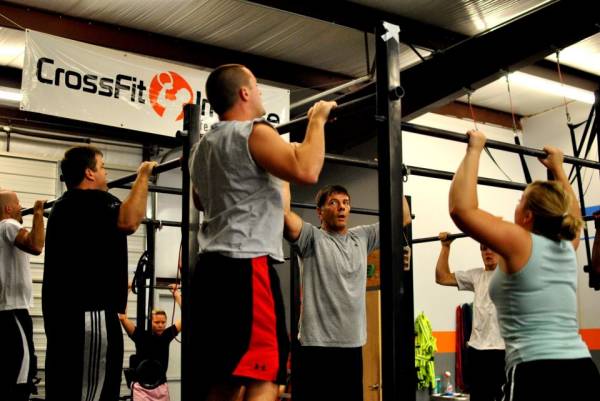 So think of it this way – new athletes are essentially working from the top down. As long as the athletes can get up to the bar, they can begin to build muscle strength by slowly lowering themselves down. They will feel their muscles rapidly contracting to control their velocity on the way down. As time passes, and strength is gained, have them begin working both upward and downward movements with the velocity on the way down becoming even slower. See if your athletes can isometrically hold at the top for maybe five to ten seconds and work from there.

When it comes to doing pull ups during the WODs, how your athletes scale is up to your discretion as a coach. It may be beneficial to have them do fewer pull ups when doing negatives rather than resorting to the bands. If you, as a coach or athlete, decide the bands are useful, just make sure the pull ups done are strictly.

Many people may not realize that bands recoil back, making an athlete not use the load (body weight) and even giving him or her a period of weightlessness. The best example of this problem I can give involves ring dips. At first, many people will use the band to help them get their form down during ring dips, but as they get tired, they use a bit of “bounce” to make the movement easier, creating a period of almost “weightlessness” as they begin to mimic the kip.

This bounce does not do the athlete a bit of good. You want your athletes to use their body weight or load to build strength in the movement. The best way I learned to do this was by using a box. When your athletes are ready, have them put their feet on a box, which will put them at around 50% of their load volume. This will prevent kipping and have the athletes using strength to lift their bodyweight, just not 100% of their bodyweight. When doing this version it will still be difficult for the athletes and they will truly feel the amount of strength it takes to lift their volume on the rings. 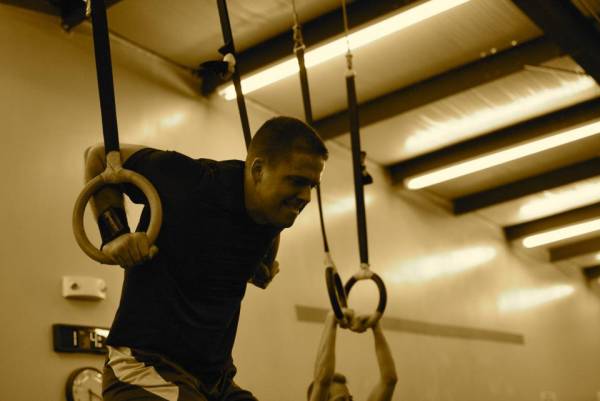 As athletes become stronger, start removing the box in stages – maybe one leg off and one leg on – until they have the ability to do strict ring dips. I cannot stress enough that athletes need to learn ring dips strictly first. Learning the kip too early on ring dips can have disastrous effects on the shoulder and pectoral muscles. If athletes fail during a kipping ring dip, they can lose their balance or fall through the rings at the bottom without even realize they reached failure, which means torn pectoral muscles, which takes months to recover from. It can also do damage to the shoulder girdle, which can include dislocations, shoulder separations, slap tears, bicipital groove damage, or even rupturing of the long head tendon of the biceps. I can’t lie to anyone, I used to kip during ring dips, but I got called out on it at the CrossFit Gymnastics certification, and I’ve never done it again.

Many athletes also use bands to help with pistols. I do not recommend this, not because there could be damage, but because the band actually pulls the athlete up. Again, the band is recoiling and taking load away from the athlete, which takes away from building strength.

I personally like the roll-up-negative method. This version has the athletes start in the hollow position on the floor. The will lift their legs up while the hips are open and then roll up quickly with one leg beginning to bend and using some velocity to get into the bottom position of the pistol. So, essentially, they are starting from the ground up.

This method also places the athletes in a safe position in that they are not leaning forward on the toes during the pistol. Instead, they will be on their heels. Plus, pistols are more than just strength in the legs. The movement requires strength in the core, and being in the hollow at the beginning activates the core muscles to get them into a safe start position.

Athletes and coaches, the best advice I can give when it comes to bands is to try not to use them. Be creative, use other items that will force your or your athlete to use load, just not 100% of the load volume. This will create good habits and build strength versus using kipping motions and recoil to “learn” movements. I am not saying bands are the devil, but the less we use of them, the more we will see good and better form in gymnastics movements.

What have you coaches used as tools for learning gymnastics movements? Do you believe the band is essential? Post your thoughts to the comments below.