You bow before the Iron Gods five times a week, forsaking all other commitments. And now you want your husband/wife to join. Here’s how to make it happen – and still stay happily together. 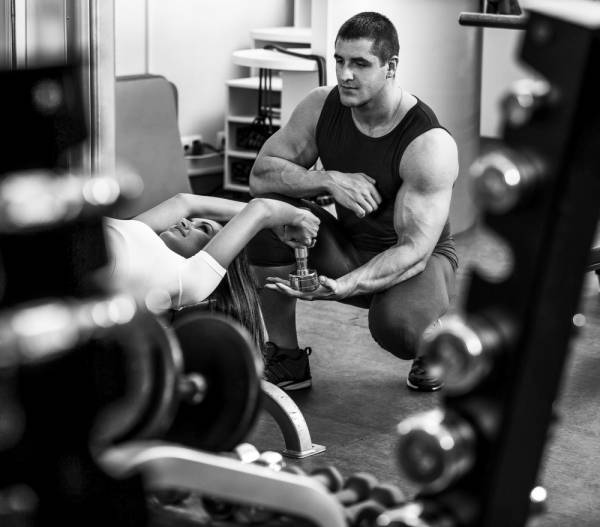 You bow before the Iron Gods five times a week, forsaking all other commitments in the never-ending pursuit of the pump. Protein shakes are your holy elixir and grilled chicken breasts are your manna, sent by the heavens to sustain you between workouts. Two weeks ago a dude asked you if you even lift; you gave him a front row ticket to the gun show.

Now, you want your partner next to you as you meticulously measure every ounce of food you eat, pursue the pump, and research the best supplements to get you jacked. Unfortunately, not everyone has their Instragram overflowing with Fitspo slogans or drops and cranks out a hundred push ups just to feel the burn so, how do you get your partner to train with you? Simply follow the following steps.

On any given week I’ll hit the gym five or six times, and I know that for people like us missing a gym workout is the equivalent of marrying King Joffery out of your own free will. However, even though I have been known to stop an English class and proceed to perform push ups with students on my back in pursuit of the ever elusive chest pump (it’s a well known fact that getting a pump in front of people stimulates upwards of 300% more muscle than if nobody was watching – how else could you explain CrossFit?), I don’t have the same expectations of my wife.

If she misses a session, the world will still continue to turn. The important thing is that she’s coming. The last thing I want to do is belittle her for missing a session here and there. All that would accomplish is creating a sense of guilt that would dissuade her from re-attending. When it comes to trying to motivate someone, the most important thing is to praise his or her effort, not successes.

When you miss a lift you take to Facebook to tell everyone about it. You scold your weakness and lack of testicular fortitude, implying you are no longer worthy to train with your bro’s. That moment of failure becomes etched into your dreams, overtaking your every waking thought until the day comes that you can try again. Whilst it is all well and good for you to have this attitude, it’s imperative that you don’t start screaming, “Lightweight!” at your partner when he or she misses a lift.

When my wife first started training with me she was quickly discouraged. I expected too much too soon. The weights were too heavy, the metabolic conditioning work too intense, and the demands far too rigorous. Sure, I was used to collapsing in a lying, miserable, retching, crying wreck after leg day, but my wife wasn’t. She stopped training with me for a while. She was discouraged by the fact she couldn’t do what I expected of her.

Once I lightened the weights, peeled back the program, and started applauding her for her effort, not her accomplishments, she began to attend more regularly and take pride in her accomplishments. Praising effort discourages negative feelings when a partner misses a lift or a workout because he or she no longer feels as if they have failed. Instead, your partner feels glad to have given it a go. Of course, first you need to know what you’re doing.

There’s a guy at my gym, we’ll call him Broseph. Every time I see Broseph he’s wearing a new t-shirt boasting that he wants to “Shut Up and Squat” or has turned “Beast Mode: ON.” He fastens up his weight lifting belt, walks to the Smith machine, and squats a whopping 50kg. As I watch, my eyes start to bleed. He’s only squatting to quarter depth, his hips are barely moving, his knees start to cave inwards, and, worst of all, he begins instructing his girlfriend.

Gyms are populated with bros that have as much knowledge as Michael Sorrentino (Google him, you’ll regret it but do it anyway) and what’s worse, they ‘instruct’ their partners. To make things even worse, they reprimand their partners for not lifting properly or enough iron. Imagine, you’re already nervous about being in the gym, surrounded by the grunting gorillas and dolled up divas, and now the one person who is meant to be supporting you is screaming at you like you used the last of the protein powder.

Unfortunately this is more a reflection on Broseph. He’s read a few issues of Men’s Health and Googled “best butt workout” and assumes he’s the next Bret Contreras. What he doesn’t understand is proper glute activation, that squats might make his girlfriend’s legs bulky, or that she probably isn’t concerned with having the best quad sweep around. It took me three tries to realize I needed to learn the proper squat progressions (from bodyweight, to goblet, to box, to barbell) and hip hinge technique, before I could instruct my wife on how to squat and deadlift properly. Remember, it’s one thing to know how to lift weights, and another thing entirely to know how to instruct someone. Unfortunately, too many people don’t understand that just because you lift doesn’t mean you know what you are doing.

Step #4: Remind him or her it’s a lifestyle change. 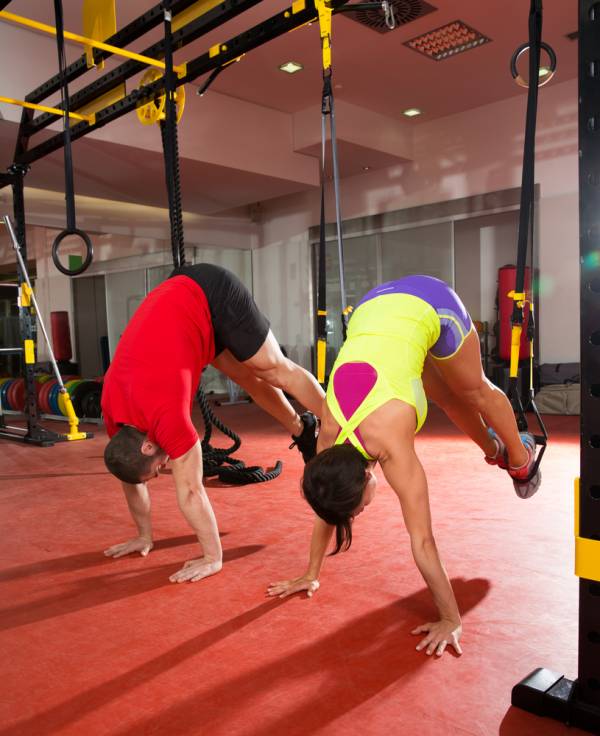 The last, and arguably most important point, is to remind your partner it’s not just about lifting heavy iron, it’s about changing a lifestyle. Lifting weights doesn’t guarantee a change in body composition, a small waist, broader shoulders, or a tighter butt, if you don’t understand diet. Personally, I’ve never been one to count macros, but when I started adding things up for my wife, I noticed that if she snacked on so much as one delicious cupcake from the Cupcake Bakery, she’d blow her daily calorie limit and all her hard work in the gym would have been for naught.

Considering you lift I’m assuming you can cook and you’re already preparing meals. Now, it’s time to impart this wisdom onto your partner. Have them meal prep with you, tweaking low and high carb days according to your workout schedule. Make sure he or she understands that diet, sleep, and water are just as important as lifting weights. There needs to be an understanding that fitness is a lifestyle, not just a hobby you do sometimes when you get bored.

Go now, with this wisdom and convince your wife to pull on her lululemon yoga pants or your husband to lace up his New Balance sneakers. Make sure you praise your partners for their efforts, not for their accomplishments. Start them off slow, remembering that they’ve only just started – don’t expect them to jump for joy straight away when leg day comes around. Understand what you’re doing, and learn how to exercise and program properly. It’s one thing to exercise and another thing to understand why you are doing something. Above all though, make sure you have fun (both of you). You’re a couple and exercise only improves the bond you have together.