What Makes a CrossFit Box a Home?

Last weekend. I had the opportunity to put on a seminar in Texas. While I was there, I rediscovered why I fell in love with CrossFit to begin with. 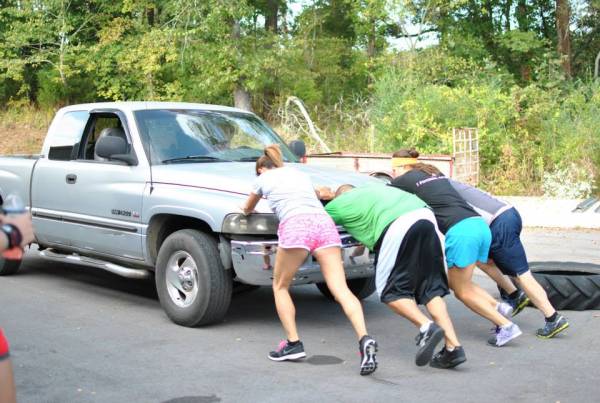 I got back to my roots last weekend. I had the opportunity to fly to Allen, Texas to put on a seminar called Taking CrossFit to the Next Level for the great people at CrossFit Ammo. While I was there, I rediscovered why I fell in love with CrossFit to begin with.

Ammo is a young box that started in the garage of the owners, Santee and Erin Hathaway. If you venture back through the photos on their Facebook page, you’ll see images of athletes in the driveway, the garage, spilling into the street and lawn, having a great time as a community forms out of the blood, sweat and tears of two very dedicated people. What has grown out of those early visions is a vibrant box full of great people and great athletes, all of whom are on a path to great fitness, as a community of like-minded people.

CrossFit Ammo reminded me of the box where I began, which wasn’t a “box” at all, but rather three or four dedicated people meeting at a park, a school playground, the whole time hoping and wondering about whether this thing was going to catch on. The idea of a CrossFit box growing organically, starting small, with used equipment, in a garage, a beat-up warehouse, or a park is the real genesis of CrossFit. If you think about it, that’s how CrossFit itself began – an idea that turned into a movement.

If you visit the original CrossFit NYC, also known as the Black Box, you are greeted by walls that are scuffed and scarred from the years of plates bouncing. You can squat in a back corner and see sunlight and feel cold air pouring through a hole in the drywall. Or, you can visit the stately Reebok CrossFit 5th Avenue, and be faced with state-of-the-art equipment, architectural design, and high-tech paint schemes that are matched right down to the wallball racks. 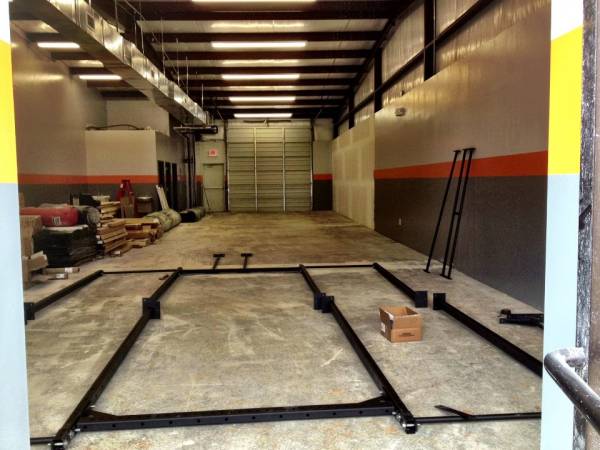 A box that grows organically has something unique and special about it as compared to one that is manufactured out of big investment. Not that there is anything inherently wrong with starting a box with a huge bankroll, renting a pristine 8,000-square-foot warehouse with shiny untouched equipment, hiring a commercial graphic designer to do faux graffiti on your walls, and posting signs that say, “No dropping equipment from overhead,” and “Fifty burpee penalty for failing to upload your results to Wodify,” but it just seems less authentic to me.

Honestly, I prefer my box old school. With no air conditioning, just a big huge fan where everyone fights for a few square inches of air flow post-workout. One where you still write your reps on the floor with sidewalk chalk. One when you go to the bathroom all you hear are weights dropping with abandon through the walls and music thumping through the ceiling tiles. If you haven’t had, at some point, a bird flying around in your box, you’re not enjoying CrossFit the way it was meant to be enjoyed.

What I think is remarkable about these communities that grow organically from a garage, or a park, or a school playground, is that everything they stand for grows organically as well. You have a CrossFitter with a set of values – whether it’s complete dedication, a spiritual angle, a lean toward their early military experience, or whatever defines that person – and that philosophy grows into the box’s mission statement. Which, again, seems to be a more authentic means of defining yourself than having an investor meeting and hitting an agenda point that says, “Come up with slogan.” 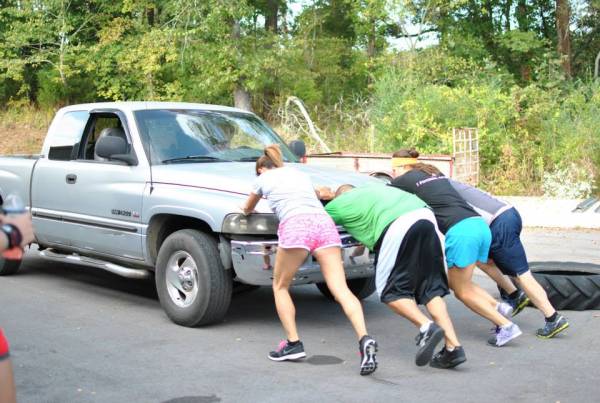 But ultimately, I think what defines the organic, unique quality of a home-grown box like CrossFit Ammo, is the community. These are people who built this box together, from the early days in the garage to the commercial space where they run multiple classes per day from 6:00AM to 6:00PM. Many of the members there are “garage-days” folks, who make up the fabric of the box as it stands today.

And because the philosophy emerged as the box emerged, it’s not likely to change. Authenticity is what will keep CrossFit Ammo and other boxes like it successful through the emergence of newer forms of box-creation, from Groupon-based instaboxes to Globogym affiliates that seem the very antithesis of what CrossFit was meant to be. Those fads will pass, but Ammo will still be there, making people fit, having social gatherings after hard workouts, cranking up the fan, and watching as the gym’s mascot dog sleeps quietly in the corner.

In a way, CrossFit Ammo will always be in that original garage. That’s who they are. They are the days where they gathered at 6:00AM in a fifteen-by-fifteen square-foot space and said, “Lets give this a go shall we?” They will never not know how to give it a go and follow their passion for making people fit.