Why You Should Vary Your Back Squat Stance

If you vary your squats through different stances and foot placements, you can bring up weak points that have been holding you back. 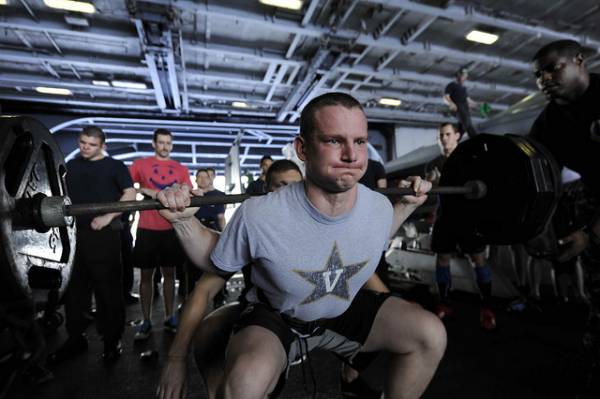 The back squat is known by many to be the most universal strength training exercise. It is used by powerlifters, strongmen, weightlifters, athletes, and those interested in general fitness. But with any exercise, we can get comfortable and complacent. We know how we like to squat and that is all we do.

I am here to tell you we should be doing more. There is untapped strength being left in the gym because of neglect. We are neglecting the various stances that could take our strength to the next level.

Why Vary Your Squat Stance?

If you work on squats through various stances and foot placements, you can bring up weak points that have been holding you back. By bringing up weak points and neglected areas, you will be able to break through the plateaus you hit from time to time.

Not only could you fix your weaknesses in the squat, but by training different positions, you can open the door to improved strength in other lifts, such as the deadlift and multiple positions in both the clean and snatch. For athletes, the benefits in varying your stance are great, considering the numerous positions athletes move through in sports. Stance variation can also allow for more muscular balance, which can keep injuries down as well.

Wide-stance squats are the norm among geared powerlifters, but there are things that must be considered when using this stance.

In the wide stance, you want to drive the knees out to avoid valgus compressive stress on the knees (the same goes for close stance, just on a lesser scale). Another thing is the typical forward lean in the wide-stance squat. This can become a limiting factor for many lifters, as they lose the weight forward due to poor mid-section stability.

One way to correct this issue is to encourage intra-abdominal pressure, thus creating a stable torso. This is why the Valsalva maneuver (the act of holding a diaphragmatic breath to create a solid trunk) and a lumbar arch are emphasized so strongly among wide-stance squatters. 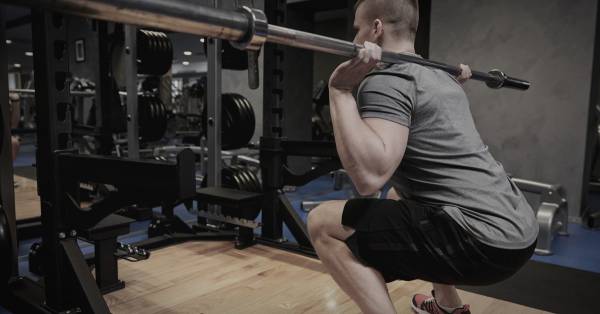 With a wide-stance, a low-bar position is commonly used. With the bar in this position, the hips will naturally drive back farther than in a close-stance squat. With this, there will be more hip and hamstring recruitment (similar to an Romanian deadlift, though obviously not as exaggerated). Activating the posterior chain can have a huge impact on pulling power and improve squat strength in other stances, especially for those who are quad-dominant squatters.

Close-stance squats tend to put more emphasis on the quads. A high-bar position is commonly used and for most people, you will not move back as much as in the low-bar, wide-stance squat.

A lot of the emphasis on hips versus quads comes from the center of gravity and force through the foot. On a wide-stance squat, the weight is further back on the foot and there is more hamstring stretch on the descent, whereas in the close-stance counterpart, the weight is on the mid-foot and the knees go slightly further forward, causing emphasis on quads.

Note: if changing the bar placement is difficult for you, then you can still adjust your stance without making changes to how and where you hold the bar.

How to Use Squats to Bring Up Pulls (Deadlifts, Cleans, Snatches)

The average lifter can do heavy squats more often than heavy deadlifts due to the difference in recovery time. You can use more squat variations due to the fact that you can squat multiple times per week. This allows for lifters to use squats as a means to improve pulling power. You can do this in a few ways:

Much of how you use the above suggestions comes down to what you are currently doing. I am not suggesting completely changing from one style to another. I am simply saying there is value in adding some variation in a small percentage of your training sessions.

At the end of the day, it is important to realize that no matter where you are in your training experience, there is value in occasional stance adjustment. Whether it is to bring up weak points or to keep your body healthy and in balance, varying stance and bar placement can add an element to your training that most of the training world is missing.