So let’s take a deeper dive into understanding how we can use tools more precisely to stave off the aches and pains of training, find better positions, and feel better, lift more, and go faster.

A Bit About Fascia and Collagen

Before we get into the treatment aspect of myofascial release, we have to understand the tissue we are trying to target with these techniques and tools.

Fascia is the basic term used to describe the connective tissues of the body. It’s the shiny stuff that covers and divides your new grass fed T-bone into those little compartments before you cook it. This tissue is an amazing creation of nature that fulfills many structural and chemical functions of mammals and is largely responsible for the huge freedom of movement possessed by human beings in particular.

“As light as it is, collagen is proportionally stronger than steel cable. This is part of the reason ‘stretching’ and ‘rolling’ do not actually affect it.”

Collagen is the primary structural component of fascia. This resilient and ubiquitous protein has many functions as it travels uninterrupted through the body. Collagen protein is designed to primarily resist tensile stress and is the stuff of skin, tendons, and ligaments, as well as the coverings of muscle tissues and their different constituent parts. 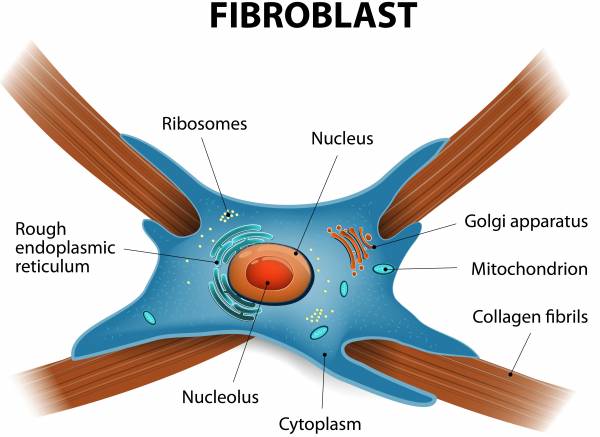 This dense tissue is arranged in a way that allows maximum distribution of load with minimal framework. As light as it is, collagen is proportionally stronger than steel cable. This is part of the reason “stretching” and “rolling” do not actually affect it.

“Fibroblasts (cells that make collagen) actually exhibit the propensity to remember their function.”

In a healthy musculoskeletal system the fascia supports free movement of our muscles and bones through the huge variety of shapes that we see in sport, performance art, and life. When this tissue becomes dysfunctional it is a force to be reckoned with and can be a great cause of movement restriction and pain.

How Do I Know My Fascia Is Broken?

Many times dysfunctional areas of fascia are referred to as knots, ropes, gristle, adhesions, and scar tissue. There aren’t actually knots and ropes under your skin. Instead, what we have is mal-alignment of tissue due to trauma and injury, poor motor patterns, and emotional distress. Releasing these tissues is simply creating a biochemical and mechanical change that will give us an opportunity to create more efficient movement patterns in the future.

Here are some things to look for when trying to discover tissue that requires attention:

Defined as unpleasant sensation accompanied by the tendency to withdraw and/or a reactive regional tension. These tensions can sometimes express themselves as trigger points. Trigger points are defined as an area of dysfunction refers sensation to another area of the body. This often happens in predictable patterns, but not always. Drs. Janet Travell and David Simons were the first to map these patterns with accuracy in their now well-known manual Myofascial Pain and Dysfunction. Many trigger point therapies attempt to shut down these signals with sustained pressure to the areas, which can offer fast relief from pain. This can be valuable but is by no means the complete picture. It’s kind of like cutting the wire to the check engine light. The annoying sound you hear while driving is gone but the engine problem still exists.

Inability of skin (epidermis) to slide over subcutaneous tissues

Not only can this cause a disruption of long-term chemical processes in the area, but restriction like this can contribute immensely to inefficient gross movement patterns and cause joints to move off axis and contractile tissues to work much harder to attain the ranges of motion crucial to sport. Many times this leads to inflammatory responses in tissues that are over stressed, and if left unchecked can result in excessive calcium and fat deposits.

These prevent full expression of range of motion and keep neighboring tissues from sliding past one another. When dysfunctional these areas are often gristly, hard, and do not move well. But just because an area has dense tissue does not mean it’s dysfunctional. Squat often? Guess what? Your IT bands will be dense and stiff from transmitting force from your hips into the ground. Are you an athlete who has big-ass bread loaves living next to your spine? Yeah, that’s from doing work and it doesn’t mean you’re messed up. 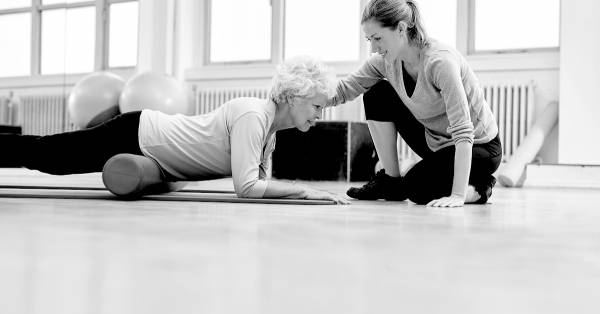 Most athletes are going to find they have at least one of these issues if not more. Don’t be discouraged if you find them yourself. Training and sport put our soft tissues under tremendous tension and stiffness is often part of the game. There are simple solutions that can alleviate most soft tissue restrictions with some diligence.

When we are trying to affect a local relationship between tissues one way to deal with the tissue stiffness is by applying pressure in the direction of restriction and waiting. This can sometimes take thirty seconds or more to begin releasing so be patient. If you’re just rolling around you’re not doing what you think you’re doing. When change is actually being made there may be a burning sensation in the tissue. Don’t quit at that point. This is a chemical change taking place and the beginning of release.

Tack and stretch can be used along with the pressure wave in order to encourage broad motion to deep layers of tissue. Once we have a good bite on the tissue, we move through the range motion that is restricted and encourage new range through repetition, not force. Remember fascia is designed to transmit force so applying too much force can bypass the area you’re targeting. Don’t move so far through range that you lose your bite on the tissue. If the restriction stops you from achieving the full movement pattern you’re working on, then stop at the point of restriction and repeat.

Note: Both pressure wave and tack and stretch are primarily post workout/non-training tools and are generally not recommended prior to training.

The VooDoo Floss band allows for athletes to tack down stiff tissues like the tack and floss but here we’re able to move through full-range movement patterns and use fewer correlates. For example, while the tack and floss technique will only allow us to bend and extend the knee in isolation, performing a full range-of-motion squat is possible with the band. Therefore, we can practice the exact (or closer to the exact) movement we are trying improve. This way we create a strong neurological relationship while simultaneously addressing tissue motion.

How Do I Know if It’s Working?

Always do a test and retest. Perform a movement prior to self-treating and then perform the exact same movement after. This we way we have a comparison to see if we are making real change. Some things to look for are:

Dealing with fascial dysfunction can be a long-term issue and requires diligence to correct. However, the human body is incredibly adaptive and wants to move towards health. Keep at it!

It is important whenever we are deciding to use self myofascial release tools that we always maintain context and ask the important question why did this tissue become this way? Your body is a system of systems and there is no one cure-all answer to any problem. So, we can best support any mobility work we do by optimizing movement patterns and preventing problems from occurring in the first place.

Rob Wilson has been a massage therapist specializing in orthopedic dysfunction for thirteen years. He has been a CrossFit coach since 2007 and is currently an intern on the MobilityWOD seminar staff. His clients range from the average CrossFitter to high-level athletes.

Rob prides himself on being obsessed with human performance and is constantly researching and implementing best practices that will help clients to actualize their innate potential.