Forget crunches, hanging leg raises, and the Shake Weight. I’m about to tell you what the single biggest bang for your buck, core stability exercise is. But first we need to look at the function of the core.

Despite what late night TV promotions will tell you, the core is made up of so many muscles that listing them all, as well as their functions, would take up most of my word count. The core is not just the four major muscles making up the abdominal group – rectus abdominus, internal and external oblique, and transverse abdominus.

To understand what constitutes a muscle of the core I have one simple test – does it help me to keep my spine in neutral? Dr. Shirley Sahrmann says, in Diagnosis and Treatment of Movement Impairment Syndromes, that the role of the core is to “provide isometric support and limit the degree of rotation of the trunk which, as discussed, is limited in the lumbar spine.” Mike Boyle, in typical fashion, simplifies this even further so we can all get it by saying, “If the spine is moving you are strengthening, not stabilizing. Core stabilization equals no movement of the spine.”

Any muscle that is possibly involved in maintaining neutral spine is therefore a core muscle. So imagine I hold a heavy weight, like a 40kg kettlebell, in my right hand. Naturally my body will want to dip towards the right as the weight pulls me down. Opposing that force will be the muscle of my trunk on the opposite side, as well as my legs and hips, and even those in my lower legs and feet. There is no such thing as an exercise that works only one muscle group – in this case my entire body will work together to hold me in neutral.

Now that you can see how everything is a core muscle, let’s make it a bit more complicated and think about which exercises are core stability exercises. One of the biggest things currently emerging in the fitness world is the importance of the primitive patterns – rolling and crawling. These developmental patterns have been popularized by greats such as Gray Cook in the FMS and the practice is starting to show very positive effects, from increased function in other activities to reducing ADHD.

Why is crawling so important?

Crawling sets up an X pattern that is the basis for many athletic movements. Notice when you walk or run that your arm moves in opposition to your leg? If you rotate that action ninety-degrees you end up with crawling. In the prone position you are able to feel the muscles that should be stabilizing the spine because they have the extra pressure of gravity acting on them.

This is often why an exercise like the plank is a good starting position to teach people abdominal stability. However, the plank quickly becomes too easy and we must seek new and more challenging ways to stabilize the spine. For instance, to begin with a simple plank may be enough, but soon you’ll need to raise a hand or opposite hand and foot at the same time while staying stable.

When you are able to perform exercises such as these easily, it is time to progress to moving plank exercises such as crawling. These low-speed, low-load activities allow you to feel what is going on in your body and make sure your movement is correct. Hips should remain flat without rocking from side to side, knees should come straight forward not out to the side, and spine should stay flat throughout.

The role of the kettlebell in single bell training is simple – to pull you out of neutral spine. Your job is to prevent it.

Now take all that and multiply it by holding a kettlebell in one hand in the rack. Not only do you have the same issues being faced, you now have to counter both rotational forces as well as higher levels of force on the side bearing the bell. 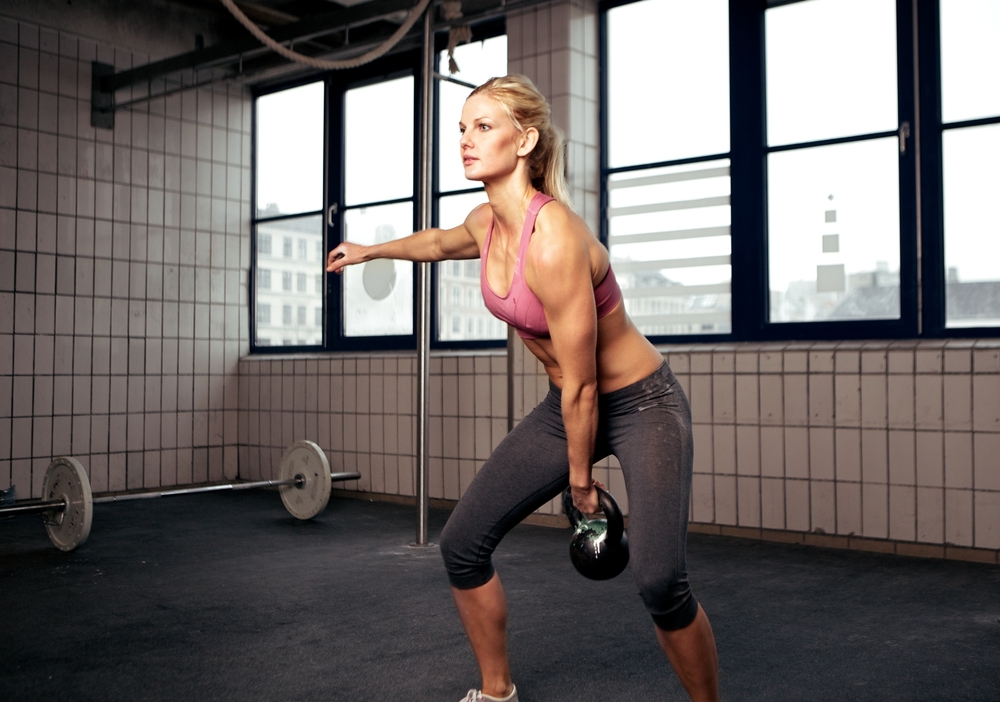 This can be expanded even more when you use the quick lifts, such as the one-hand swing. When compared to the plank, a heavy, one-hand swing can expose the opposing side of the body to as much as 180% of maximum voluntary muscle contraction. At the same time the body is being forced to learn how to stabilize the spine quickly time and time again. Looking at the forces generated in the swing you can see how something as light as a 24kg bell can quickly become all the core training you’ll ever need.

An exercise like the kettlebell clean is ideal for teaching a rugby player how to take and shrug off tackles. As a heavy bell impacts the lifter they are forced to cope with the force of the bell generated from the swing as well as keep their spine neutral throughout the whole process. One of the biggest issues people have with heavy cleans is that one hip tends to lag behind the other. If you stamp down hard on the leg that is opposite the bell-bearing side you are creating that X that our initial crawling movement was helping you to prepare. And watch what happens when you consciously hit that “off leg snap” (trademark term by Dan John Master RKC) and focus on your X – all of a sudden your clean will be, well, clean. Your hips will move forward as one, your spine will be neutral and you’ll be automatically braced for the arrival of the bell into the rack, no matter how heavy.

I don’t generally train clients with double kettlebells and I never have. The only exception has been when they were heading to RKC or RKCII. In the FMS system they have a saying that the bottom four fix the top three (in reference to which exercises to pick first when seeking to perform correctives). The bottom four consists of shoulder and hip mobility and trunk stability. Crawling is linear stability and anti-rotation and so is heavy, single kettlebell work. From heavy get ups to heavy one hand swings, cleans, or squats you won’t find a better way to really strengthen and build core stability.

Not only that, but as every single rep of your entire workout will be a core stability exercise, think of all the time you’ll save by not having to do any core specific work.