Tomorrow is the beginning of the 2013 CrossFit Games season with the start of the Open, running from March 6 through April 7. For five weeks, for five workouts, any and every athlete in the world has the opportunity to participate in an event that is the precursor to Regionals and then the CrossFit Games where the best of the best will throw down on the big stage for big prizes in July.

Like many CrossFitters, I’m thrilled for the event, and so is my gym. The Open has become a lively event for our community. We always encourage our members to register even when they balk at the idea. Reintroducing the idea of physical competition to someone often evokes myriad responses and emotions they probably haven’t felt for awhile. We keep encouraging though, because we know the thrill that waits on the other side of diving into the Open.

Here are four reasons I encourage you to do the same:

Even if you cannot do the exact prescribed weight of any or most of the Open workouts, you will most likely surprise yourself with what you are able to pull off. The Open is about calling on the best in yourself no matter your current level. Most likely you are physically stronger than your mind lets you believe. Two seasons ago, during my first Open, I had never done any CrossFit workout as prescribed (Rx) – ever. The first workout of the Open 2011 was the first achieved at Rx and it put me on cloud nine. I wasn’t able to do any other 2011 workout as prescribed, but it didn’t matter. Possibility had already been born.

2. It Gets You Competing Again. 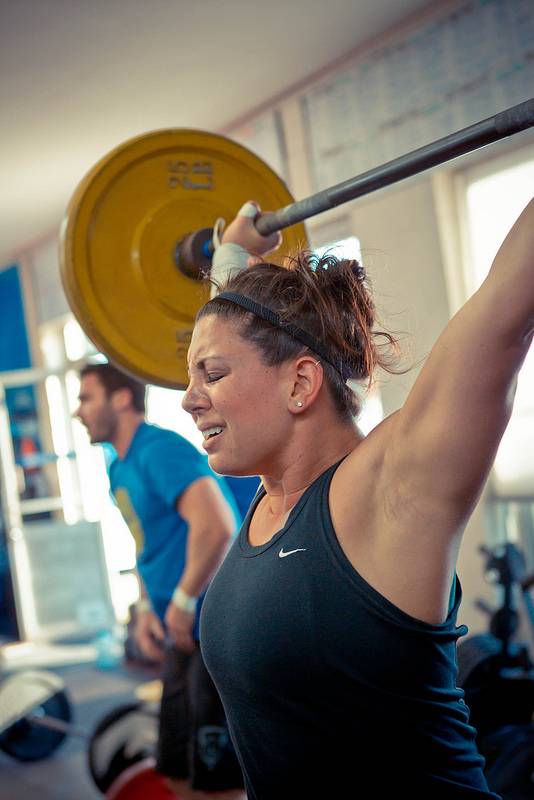 Many of us competed as kids whether on an organized team or just racing siblings to the car. Some of you may have competed in college. When we become adults, we often feel like we need to retire that side of us. Sure, we compete for jobs and accounts and other “grown up” things, but more often than not, we have forgotten the thrill of physical competition. We may not be a win-at-all cost type – and this certainly is not the only kind of competitor – but there is something about putting yourself on the line that sparks inspiration.

I remember feeling so nervous and unsure before my first heat of the 2012 Open – asking myself, “What the hell am I thinking doing this?” I was confused by how fearful I felt because as an adult we shouldn’t be that terrified, right? Doesn’t this mean it’s time to bail? We didn’t grow up so we could fail at things, but what I eventually realized is that we did feel this nervous as kids before competition, we just didn’t recognize that the stakes were so high. As adults, we suddenly believe that we are not allowed to fail at anything especially things that are supposed to be fun, so we avoid the risk of putting ourselves out there. Without that risk, we might not experience the biggest thrills. The 2012 Open ended up being some of the most memorable moments of my adult life. Get in the game. It’s worth it.

3. It Gives You an Appreciation for the Best of the Best.

During the Open workouts, you get a rare opportunity to do the same exact workouts during the same week as the best CrossFitters in the world. If you are a fan of the top CrossFit athletes, it’s exciting to match your stats to theirs – until the stats start rolling in. It’s one thing to be stoked you finally hit fifty double unders in a row and quite another to find out that not only can the top athletes do way more, they have figured out ways to do it faster and more efficiently. Yay, we personally smashed a prescribed workout (chest thumping ensues), until you see the times or the number of rounds at the top of the leader board. The progression of the sport of fitness has grown to superhuman levels. Seeing their scores miles above mine only deepens my appreciation for their dedication, skill, and strength. I humbly bow down to their greatness. 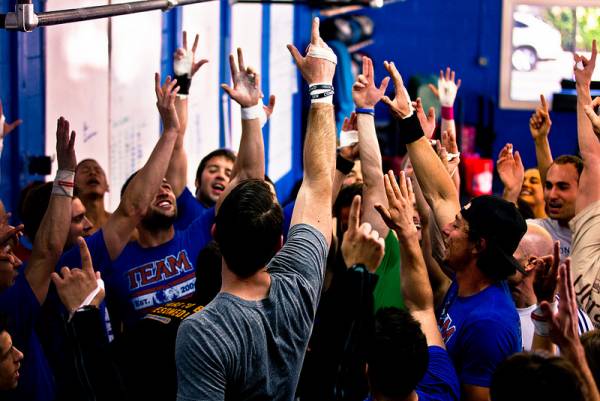 No, really, it is. At our gym, we dedicate every Saturday afternoon to the Open workouts for all registered members. We assign heats, we print score sheets, we assign counters – we make it a big deal. But we also keep it fun. We chant unintelligible songs and we dance goofy, choreographed dances. It immediately bonds us because it feels like we’re going to battle together in a light hearted way. We’re all nervous, but when we put our hands in the circle and yell at the top of our lungs, it is our buy-in to the team. It roots us deeper into our community. I know they’re willing to give it their all and possibly fail or possibly triumph and man, if they are, so am I.

You’ll never know if what I’m writing is true unless you’re willing to throw your name up on that leader board, too, and go for it. Be open to exploring the best you have to offer right now, in this moment. More often than not, you’ll surprise yourself. And there’s no time like the present to find out. There is still time to register for the Open here.