Glassman vs OCT: CrossFit HQ and the Kevin Ogar Tragedy

CrossFit HQ denies responsibility for the events that led to Kevin Ogar’s devastating injury, but the evidence isn’t as clear-cut.

When Kevin Ogar suffered a catastrophic spinal injury at the 2014 OC Throwdown, one thing became certain – litigation would ensue. With a life-changing paralysis injury and a lifetime of medical bills that would likely reach into the millions, the presumption would be that lawsuits would be filed.

As such, there would also be a presumption that everything associated with the case – statements, photographs, videos, maybe even the bar itself – would become evidence in an eventual trial.

The discovery of evidence in any civil litigation follows a protocol. That protocol usually involves one party to the litigation requesting the evidence, filing interrogatories, taking depositions, and so on. Most anything even tangentially related to the case is typically fair game unless there is some reason the information should remain undiscovered. For example, unrelated medical documents, lawyer-client privileged information, or priest-penitent confessions.

There is a time, place, and protocol, for sharing discoverable information, even before a lawsuit is filed. If everyone is lawyered up, you expect litigation and treat investigation and handling of information accordingly. Which makes what I’m about to discuss bizarre.

Was CrossFit Liable for Ogar’s Injury?

Shortly after the OC Throwdown, Greg Glassman emailed Darren McGuire, the organizer/owner of the said event, and requested a copy of the HD video of Ogar’s accident that was generated from the onsite production crew. Two things strike me about this first email. Glassman stated, “Darren, I want the digital record of this accident.”

I know this has to be hard on you, I cannot imagine going through this myself.

Darren, I want the digital record of this accident. It’s going to come out anyway. I’m asking because it matters to me, my community, and the safety of athletes at these events, even when like the OCT, they are wholly imitative and not CF sponsored or sanctioned.

I’m asking you to do the right thing and hope you’ll trust me to be fair minded and honest in my handling of this mess. I’ll also have you know that were our situations reversed, I’d give you the videotape post haste – realizing that it was the right thing to do, the sooner the better. Let’s not compound any possible liabilities by hiding the truth!

I want? This seems like a fairly alpha statement to make, given that CrossFit, Inc. immediately distanced themselves from the OC Throwdown and continues to do so, even in this same email by saying “not CF sponsored or sanctioned.” Second, Glassman goes on to make this rather bold statement, “Let’s not compound any potential liabilities by hiding the truth!”

What? So, in his introductory email to McGuire, Glassman demands access to the video and suggests that McGuire is hiding the truth. Them’s some real big balls, friends.

Keep in mind the entire position of CrossFit, Inc. is that Ogar’s injury had nothing to do with CrossFit. Zero. In fact, the blog post releasing these emails (authored by Russell Berger) went to great lengths to point this out:

While the press has frequently mischaracterized the OCT as a “CrossFit” competition, CrossFit Inc. has no affiliation with the OCT, or Darren McGuire. Like other imitators of the CrossFit Games, the OCT is mistaken as somehow representative of the CrossFit brand. This couldn’t be farther from the truth.

Why then, does CrossFit feel it has any standing whatsoever to demand the forensic records? Records that, it is assumed, would become evidence in a trial? But it gets much weirder, folks. Read on.

McGuire did what most people who are racked with guilt and likely still shell-shocked would do – he flung the doors wide open to CFHQ in the spirit of cooperation. (See his emails to Glassman dated January 24 and January 29, 2014). Much like someone alighting from a car and apologizing after rear-ending you, that reactive mea culpa often begins to soften once the insurance companies and lawyers get involved. 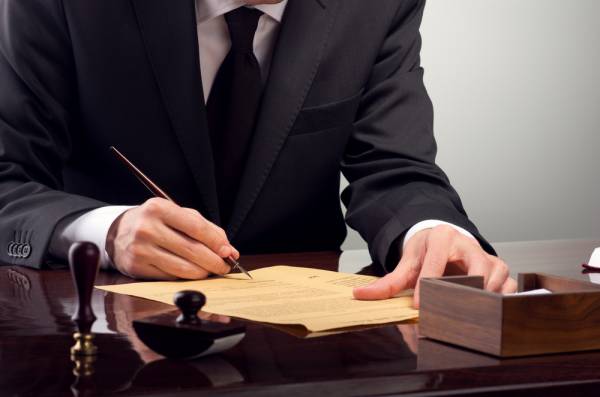 It’s likely once McGuire contacted his insurance carrier and submitted a claim that they advised him to allow them, not him, to further the investigation, knowing that litigation was imminent. This makes his statement that his willing distribution of the video to CFHQ might be a violation of his policy contract valid. And I have no doubt that once he retained counsel, his lawyers said, “Whoa, cowboy, slow the train down. You’re not giving nobody nuthin.”

When McGuire told Glassman, “Obviously, you and the more involved at CFHQ have every right and ability to view the material,” this was not correct. CFHQ has no more right to view that video than you or I. But like I said, McGuire was in crisis-management mode and a lot of things get said in those early moments that you might later wish to retract.

“[W]hat other work has been done to assess the overall safety of the OCT and other ‘wholly imitative’ competitions?“

In fact, when McGuire says in his January 29 email, “THE OCT has done everything possible to be compliant, open and transparent with CrossFit,” my response would be “Why?” Based on CrossFit’s stance from the moment this injury happened, this whole affair has nothing to do with them. Ogar was not doing CrossFit, the workouts were not CrossFit, and this was not a sanctioned CrossFit event, ad nauseum.

HQ practically left the troposphere distancing themselves from the OCT. Why then would McGuire feel compelled to so much as return their calls?

January 29 at 1:34 pm, Glassman emailed McGuire and reiterated his apparent sole reason for wanting this video – to learn from it to prevent other such accidents from occurring. He wanted to be able to sleep at night knowing he did everything in his power to prevent similar incidents.

CrossFit’s General Counsel Dale Saran and The OCT’s attorneys then entered the picture, exchanging pleasantries. OCT’s counsel, Carmen Trutanech, suggested to Saran that an exchange of information, specifically the insurance policies of both entities, would be possible as long as they could enter into a joint defense agreement, but that it would not be possible to share the video with CFHQ.

A Joint defense agreement is a rather benign but important document often entered into between parties who would likely be on the same side in a lawsuit. It says, in a nutshell, that those parties can share information between them that might otherwise be confidential. This suggests Trutanech is merely doing her job. In other words: “Hey, you’re asking for documents now. Happy to provide them, under the right parameters including a JDA.”

“Why then, does CrossFit feel it has any standing whatsoever to demand the forensic records?“

At this point, Greg could not fathom why people were not simply rolling over and submitting to his demands. He assumed his customary tone, equating the request for a JDA and exchange of policies with a “callous disregard for the potential exposure to injury of CF athletes” and accused Trutanech in another email of being a liar.

You can parse this entire exchange more fully if you wish on the Russell’s blog. But what is remarkable about this exchange is the stated reason for requesting the video to begin with. As Glassman wrote, “Our games season begins in a few weeks, and it is important for us to draw any potential lessons from Kevin Ogar’s injuries.”

Russell Berger reiterated that position in his comments to me at the bottom of the blog post: “[W]e feel that we have a moral responsibility to help educate our community as to how to best prevent injuries of this kind.”

There are two diverging vortexes here:

Now, before you say, “Can’t it be both?” Let me assure you, yes, it can. But CFHQ’s actions suggest otherwise.

CrossFit, led by the Russes, is trying to publically discredit Darren McGuire and the OCT. It is clear by reading the blog post, and if you follow this thread or this thread on Russ Greene’s Facebook page, you’ll see additional attention given to the idea that this is all about McGuire reneging on a promise and uttering “falsehoods.”

When both Russes continue to use words like “falsely claimed,” “cover up,” “failure to follow through,” and “lied,” they are mischaracterizing a rather routine insurance matter as McGuire’s attempt to hide the truth, to hide the evidence, and to somehow continue to inflict damage upon Kevin Ogar.

I would submit that what happened here was that this entire matter was taken out of McGuire’s hands by his insurance carrier and his attorneys. What he may have “promised” in the early days is not relevant once his carrier gets involved.

“I can give you my opinion, upon which I would stake a year’s pay: Greg Glassman instructed the Russes to burn the OCT to the ground.“

The other swirling vortex, as put forth by Glassman himself, is that CFHQ wanted to see this to educate their community to avoid further accidents. If this is true, what other work has been done to assess the overall safety of the OCT and other “wholly imitative” competitions? Have they reviewed that weekend’s worth of programming? Have they done so with subsequent like The Granite Games, Wodapalooza, and East Coast Championships?

Have they put forth any sort of preliminary report as to possible CNS fatigue or even made so much as a statement concerning stacking of plates near a lifting platform? Is, for example, CrossFit Open workout 14.3 in keeping with the desire to avoid putting CrossFit athletes in situations that might be compromising to the spine? Are the 2014 regionals and games workouts in keeping with that same desire?

Where is this community education? Is it all riding on viewing the HD Ogar video or could CFHQ possibly advocate for safer events short of seeing that video? Of course they can.

Moreover, if in fact, as Berger said, “[W]e feel that we have a moral responsibility to help educate our community as to how to best prevent injuries of this kind. This is especially true when the competition in question is fully imitative of the CrossFit Games, and many of its participants are CrossFit affiliates,” does that make CrossFit, Inc. vicariously liable for the broken back that occurred at the 2014 OC Throwdown? After all, if they have a responsibility to help “prevent injuries of this kind” and failed to do so, how do they square their lack of action when it comes to 2014’s hurdle event?

In fact, CrossFit, Inc. has been silent on the community-wide application of safe practices when it comes to even their own competitions. While they continue to dress down anyone who suggests CrossFit might even be remotely dangerous, their public relations team has spent the past year wallpapering the Internet with information about the safety of Gatorade, not the safety of fitness competitions. I’ve not seen a single word written that would suggest CrossFit, Inc. is interested in making non-sanctioned fitness competitions safer. None.

But somehow, CrossFit feels compelled to insert themselves into the middle of this matter. Why? I can give you my opinion, upon which I would stake a year’s pay: Greg Glassman instructed the Russes to burn the OCT to the ground.