What Are You Really Hungry For? 4 Things Other Than Food You Might Be Craving

Sometimes when you’re hungry, it’s not for food. Your body might be desperately signaling for something else. Here are four things you might be “hungry” for, instead of that tub of ice cream. 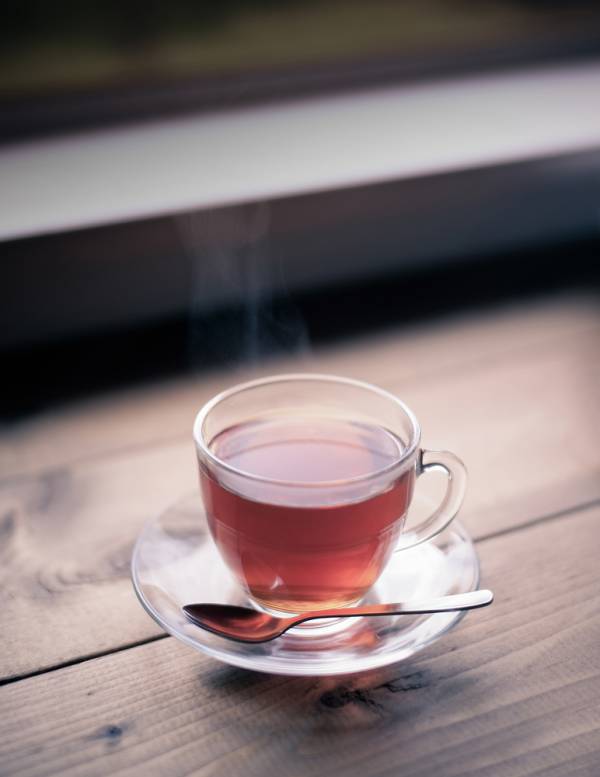 You find yourself standing with the fridge door open wide, pondering what you’re going to eat to quell this insatiable hunger. If you’re lucky there’s some leftover chicken from last night and fresh veggies, but sometimes things turn ugly when you remember that tub of ice cream in the freezer. As much as your hunger is telling you to just grab the food and get it into your stomach, for anyone with a track record of reaching for the ice cream (and possibly even those who go for the chicken), now is the perfect time to back away from the fridge, take a deep breath, and ask yourself what you’re really hungry for. The answer may just surprise you.

Hunger is sometimes just plain old, garden-variety hunger – your body’s way of telling you that it’s been too long since the last time you gave it some fuel. If this is the case, logic will generally drive your decision at the fridge door and you’ll reach for the leftover chicken. But other times, your hunger can be a craving for something else altogether.

Has your body been telling you for the last three hours that it’s thirsty? Sometimes thirst is easy to ignore, especially if you’re on the go all day. Hunger is often thirst in disguise. Eventually your body gets so sick of its thirst signals being ignored that it changes up its tactics in order to get some hydration. Since you didn’t listen the first time around, your body decides to send you messages that you’re ravenously hungry and this usually has an end result of you consuming something – but possibly not something particularly nutritious. Many people will find they crave foods with high water content (such as fruits for example) when they’re thirsty, or salty food when they’re dehydrated. While there’s nothing wrong with satisfying these cravings sensibly, it’s a means to an end. Walking around dehydrated isn’t doing you any favors from a general health and performance perspective.

Would you actually kill for a quick nap right now, but since it’s not really an option at 3:00pm on a busy workday, you’re after a quick energy fix in the form of food?A lack of sleep changes the way we experience hunger by way of two hormones: leptin and ghrelin. Ghrelin is responsible for signaling hunger and stimulating appetite, and leptin is responsible for signaling satiety. Lack of sleep has been shown to increase levels of ghrelin and decrease levels of leptin in your blood. So when you’re sleep deprived you’re likelier to be hungrier and less able to tell when you’re actually full. A good way to work out whether you’re actually craving sleep is to ask yourself whether you’d prefer to snuggle up under the duvet and doze off, or if you actually need food right now.

Similar to lack of sleep, stress also changes the way we experience hunger by changing our hormonal balance. Our body produces cortisol in response to a stressful situation. Cortisol not only been shown to stimulate appetite, but packs a double whammy and tells our body to store any energy that’s not needed immediately (that means fat stores). So next time you think you might actually be craving relaxation instead of needing fuel, perhaps consider a soothing cup of herbal tea and a few minutes of quiet time before you crack open the ice cream.

Most of us, at some point in time, have experienced emotional eating, otherwise known as eating your feelings. The science behind this emotional eating shows that consumption of certain foods (particularly sweet foods) sets off a chain reaction resulting in the release of serotonin, your “happy hormone.” When you’re feeling anxious, depressed, bored, and surprisingly sometimes even happy, you can end up delving into a tub of ice cream in an attempt to even out your hormones. Physiologically it might work, but the feeling of a bloated belly full of ice cream is probably not going to make you feel any better, plus the fact that you haven’t actually expressed the emotion that started this whole thing. It’s a tricky one because the last thing you feel like doing when you’ve had a terrible day is sitting down and actually dealing with your emotions. So it may be the perfect time to do something active that will give you the serotonin hit you’re craving, and deal with the underlying emotion when you’re riding the post-exercise high.

It sounds simple, but sometimes taking a few seconds to step away from the fridge, breathe, and actually think about what you’re hungry for will tell you a lot about your body, habits, and emotions. Not only is that going to help you get a long way towards your performance and body composition goals, but it will also help you avoid that disappointed, “Why did I do that?!” moment gazing at the empty ice cream tub.