Paleo and primal eating are huge in the world of sports and fitness now, with bacon being held as the divine ambrosia. This has inspired ranges of apparel extolling the virtues of the piggy treat and even poetry…sort of.

I suck at poetry

Paleo and primal eating are huge in the world of sports and fitness now, with bacon being held as the divine ambrosia. This has inspired ranges of apparel extolling the virtues of the piggy treat and even poetry…sort of.

I suck at poetry

But there is also the problem of nitrates and other chemicals, including celery salt. On top of that, the vast majority of bacons – even the fancy farm shop varieties – contain sugar in the cure, making it impossible to entirely eliminate sugar, if that is your aim.

The term “uncured bacon” is a baffling oxymoron. Uncured bacon is pork. I regard the salt as the main defining ingredient. In the best quality hams, like prosciutto di Parma and jamón ibérico, salt is the only ingredient other than pig. In fact, the Oxford English Dictionary defines the word cured as, “Preserved by salting, drying, etc.”

That definition also indicates what the process of curing is. The salt, by way of osmosis (as you may remember from high school chemistry) draws water out of the cells of both the meat and bacteria (the potentially hazardous and spoilage types). This kills bacteria and creates an environment that is no longer favorable for their growth.

Preservation is the primary purpose of curing. It allowed people to store meat without it spoiling in the days before refrigeration. The curing process also concentrates the protein. Because there is less water, curing tenderizes tough tissue and, most importantly, enhances the flavor.

Once Upon a Time

I don’t actually believe this, nor can I remember where I heard it, but I am a born raconteur who will never miss the chance to tell a story. Apparently the ability to cure meat was one of the advances that allowed humans to go from nomadic tribes moving with the seasons to settled tribes with ready sources of food. Curing allowed them to go out and hunt but set up a permanent camp.

The story I originally heard went on to say this was also the reason vegetarians often regress to bacon. By the above rationale, our species thrived due to their love of the stuff. Hmm. 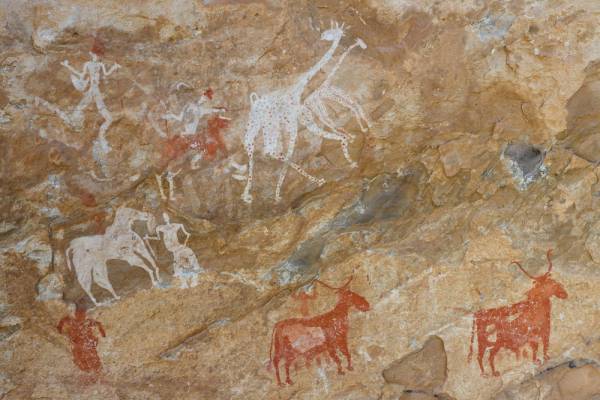 How to Do It

The simplest and most reliable way to achieve this goal is through what I would call a pancetta-style process. The exact quantities of salt and sugar and curing times are easily stipulated by measuring proportions:

Then the meat is tied and left to dry. It can be eaten immediately, like bacon. If left to dry further, it will lose around thirty percent of its original weight in water and can be eaten as an air-dried ham. Exciting, eh? Or of course, you can smoke it.

The curing process is pretty simple, too. All you need is a sealable bag, big enough to lay the meat flat. You rub the cure into the meat, then put the meat and all of the cure into the bag. Refrigerate and turn daily. The salt will draw out water to form a brine, which will then cure the meat thoroughly. 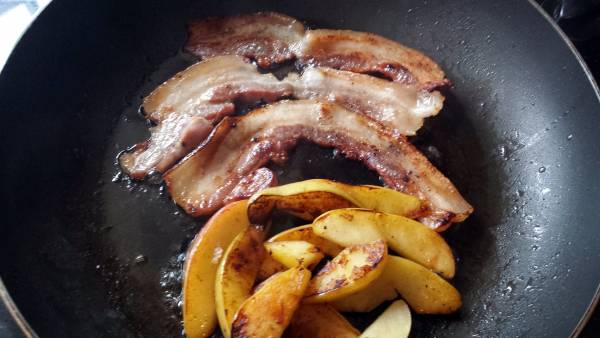 First thing that I do is make the basic cure. The salt I use is PDV (Pure Dried Vacuum). This is pure salt that has been dried and sealed to keep it granular rather than using an anti-caking agent. Here’s how to do it:

You can then add an extra flavor appropriate to whatever meat you are using. I like fennel with pork and maybe mint with duck, but you can get creative here – or not. It will blow your socks off either way.

Recipe for a 1.7kg Pork Belly

So you get an idea of the whole process, here’s how I recently cured a 1.7kg pork belly.

To keep the numbers simple, try to work with round numbers. For example, a boned, rolled belly of pork weighing 2kg would need 100g of the salt mix and 50g of brown sugar. 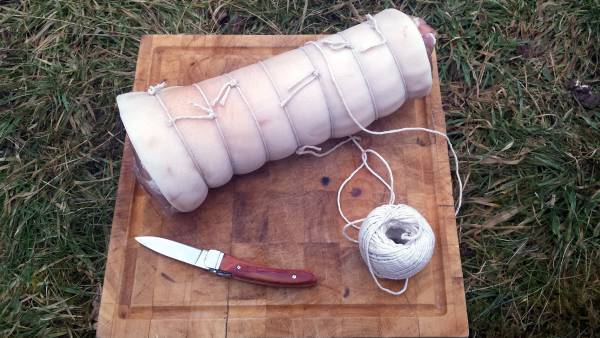 It’s Not Just for Pork

This fun is not out of bounds for kosher eaters or anyone with aversion to swine, as the same process can be applied to a breast of lamb or even better mutton. In fact, just before Christmas an occasional customer of mine approached me with my favorite question of the year. Knowing I’m a foodie and a Scandi-phile he asked, “Have you ever tried salted mutton ribs?”

This was right up my alley: odd cuts of unpopular animals, cured – yum. A little bit of research led me to create what I would call lambchetta – that is, a cured breast of lamb or mutton. So I did it, but with a tiny floral tweak.

Do you cure your own meats? Share your experiences and favorite recipes in the comments below!