How Not to Be “That” Sport Parent: 6 Positive Actions You Can Take

Coach, trainer, or parent, we have all been there. Cringing while a parent shouts out derogatory statements about a coach, referee, or child (their child or someone else’s). Fortunately, most people shy away from this type of behavior, and it is the oddity rather than the norm. We know that bad sportsmanship is not contagious, but it is certainly damaging, especially to a young athlete’s psyche. Whether the child, the surrounding parents, the coach, or the referee have heard it, the disparaging comments have set the tone for the game, and sometimes, even the season.

Little League and the Sad Truth

Pulling from my own vault of parental sports experiences, I always go back to this extreme, but true, example of a parental “what not to do and how not to be.” As these stories all seem to go, it came down to the Little League championship game. The score was 7-6 in the bottom of the final inning, bases loaded with the tying score on third. The count was full. My son pitched, the batter struck out, and my son’s team won. One team jumped and cheered, one team dejectedly cleaned up and left. The weekend passed.

On Monday, I received a phone call from the guidance counselor at the elementary school where my son (and the struck-out baseball player) attended school. I was asked to come in and speak with the guidance counselor, the assistant principal, and the parent of the batter who struck out. I attended the meeting and was absolutely shocked to discover the premise of the meeting: the parent of the struck-out batter wanted my son to apologize for striking the batter out, citing that the child’s feelings were hurt and his self-esteem was shattered. The parent furthermore revealed that the role of the pitcher was to let the opposing batters hit, in order to bolster their self-confidence and self worth as athletes. Needless to say, the meeting was not resolved to the satisfaction of the unhappy parent. Really and honestly, that is a ridiculously true story.

Sadly, as in the example cited above, the behavior of many parent spectators has driven the necessity to have behavior contracts for athletes and parents. Here, we go back to the communication triad – open communication between the athlete, the parent, and the coach. On the part of the coach or trainer, it is his or her responsibility to clearly delineate the acceptable and non-acceptable behaviors of both the parent and the child during practices and games or meets and to uphold those behavioral standards. It is the responsibility of the parent and child to enact and exemplify those expected behaviors.

Here is my advice on how not to be “that” sport parent:

Do not heckle the coach, the players, or the referees and umpires. Abusive language and disparaging comments will not and should not be tolerated. Period. Are you an enthusiastic parent who cannot help but cheer for your child? Let it out – in a positive way. Cheer for the whole team, not just your child. While you are at it, if the other team made a great play, acknowledge it. What better way to exemplify sportsmanship than to acknowledge the athleticism of all players? 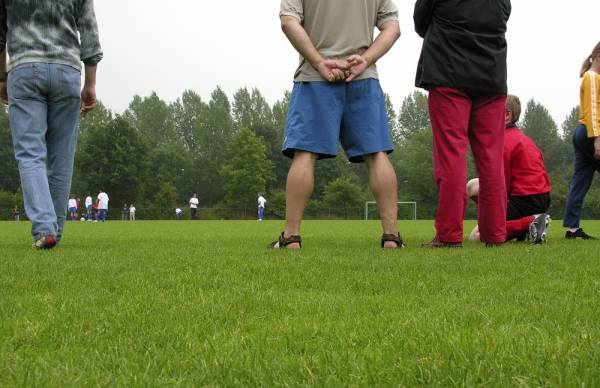 From the non-sporting parent to the former professional athlete parent, the depth of support you can provide to your child and to the team is wide and varied. Attend parent meetings, read the rulebook, have your child arrive to practice on time, and pick your child up on time. If you played the sport, offer to help out with some practices, with the clear understanding that you are helping the coach, not taking over the coach’s job.

3. Address Issues Privately and Directly With the Coach

It is the parent and the athlete’s responsibility to address any and all issues with the coach – not with the other players or the other parents. Gossip, disparaging comments, and spreading rumors are divisive to team cohesion, violate sportsmanship, and undermine the coach. By the same token, give the coach a heads up and request a meeting ahead of time to discuss an issue, rather than keeping the coach after a practice or game. A pre-arranged meeting allows both you and the coach to focus on the issue and to resolve it without distractions. The coach cannot resolve an issue if he or she does not know about it.

5. Do Not Undermine the Coach

We all like to see our children do well. So does the coach. When your child is playing, whether it is at a practice or at a game, let the coach do his or her job – coach. As a spectator, your job is to watch and positively support your child and the team. When the game is over, it is over. This does not mean you are not allowed to work on necessary skill sets with your child, discuss the game, or discuss plays. It means the game is in the past and it is time to move forward. Do not be “that” sport parent who cannot let a losing game, bad play, or bad call go.

Parents, coaches, trainers, referees, it does not matter. When working with youth athletes, in particular, our job is to teach and model good sportsmanship and good behavior. What we say and what we do is directly reflected back to us in the behaviors of the players on the field and on the bench. Enacting bad behavior and bad sportsmanship as a parent, coach, or trainer enables and encourages young athletes to do the same. If we, as parents, coaches, and trainers, are not held to a higher behavioral standard, then how can we hold our youth athletes to a higher standard? 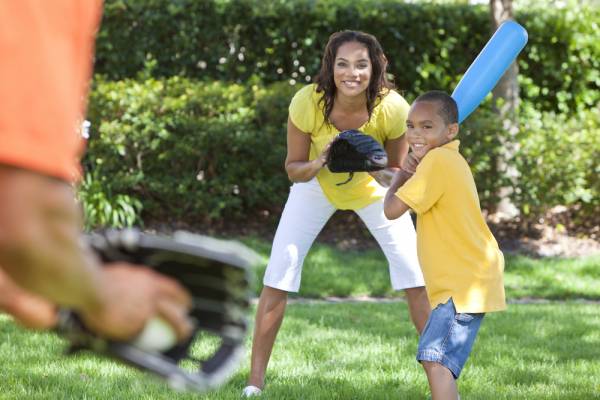