How Often Should You Compete in Weightlifting?

Weightlifting does not really have a competitive season. So the question arises for newcomers: “How often should we compete?”

Today there are large numbers of CrossFit and other athletes who have decided to try a weightlifting career. To those unfamiliar with our sport the idea of infrequent competition comes as a bit of a shock. Athletes in many other sports are accustomed to competing every weekend or even more often, at least during their season.

Weightlifting does not really have a competitive season followed by all athletes. Some parts of the year are busier than others, but that depends on whether you are novice or elite, or a junior, senior, or master. Even so, training does not stop. It’s a twelve-month activity.

Those accustomed to competing more often will want to get on the platform more often than they should. Two or three months of steady training with no competitive testing can feel constraining. Therefore the question that arises with newcomers is, “How often should we compete?”

There is no single answer to the question of how often you can compete. The answer depends on your chronological age, training age, and skill level, as well as the interdependent relationship between the three.

The Question of Chronological Age

Quite apart from the question of when the youngster should begin serious weight training, let’s assume that they have begun and are in decent physical condition to consider competition. Starting at the low end of the age range, pre-pubertal children should not be concentrating on serious competition at all. If they do any weightlifting training, it should concentrate on the learning of technique. There is no better time to do this than when a child is young, supple, and able to learn kinesiological skills easily.

In order to do this, the athlete can practice the Olympic lifts with light weights and should also be heavily involved in good-old general physical preparation. My fellow Breaking Muscle coach Bob Takano and others have developed technique dominant competition protocols that are suitable for younger or less experienced competitors.

On the psychological side is where we have to be a little more careful with children and teens. Some youngsters take to a competitive environment easily. Others, usually the more anxiety-ridden ones, will take a little more time. For the latter, a competitive career should wait until appropriate confidence is built up. Otherwise too many failures on the competitive platform will discourage these athletes.

The Relevance of Your Training Age

By training age we mean how many years the person has been seriously training for the sport. With the varying ages of sport commencements of different athletes, the differences between chronological and training ages can range considerably from one person to another. A fifteen-year-old with four years of training will be more ready for competition than a nineteen-year-old newbie. 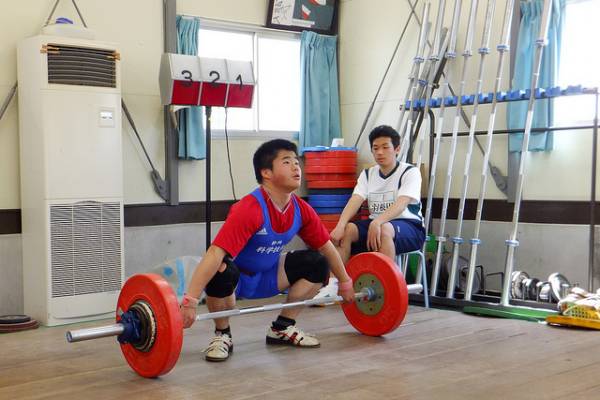 The main principle to remember is that novice and fairly inexperienced competitors should compete more often than competitors. There are several reasons for this. One is that the lifter has to learn how he or she reacts in competition. This is especially true if the athlete demonstrates more competition-related anxiety. These athletes should compete more often to desensitize themselves to the pressures of competition.

Another reason to compete often in the early stages of training is due to what many call “the novice effect.” You make more progress in the early stages than in the later stages of training. This is yet another manifestation of the law of diminishing returns. At this early stage of your career, you will make improvements quickly. You will also want to frequently test your results on the score sheets. For many athletes this is the most solid proof of progress – seeing it in writing. In my junior years, we often had only two or three competitions per year. This was not often enough for us, as the time between meets caused us to would unlearn anything we might have learned in previous competitions.

With less experienced athletes the personal records come frequently. However, the higher you go, the harder the records come and the longer it takes to effect a training adaptation. This means that for more seasoned athletes competitions will have to be less frequent. At that stage of the game, frequent competitions only disrupt training so care must be taken not to compete too often.

How to Peak for Competition

There are exceptions to the rule of not competing too often, of course. Every good rule has an exception. One example occurs with club competitions. A club may be invited to a meet and may need their star lifter to compete to give the club a better chance of taking the team trophy. But what if it’s the wrong time of year for our star athlete to compete? Should he or she disappoint the team and stay at home?

No, that’s not necessary. What such lifters often do is enter the competition and use it as a workout. They will lift just enough to accomplish the team’s objectives. Neither the lifter nor his training schedule will be seriously stressed. In fact, many times in that situation, the athletes will do a more substantial workout after the competition whether in the warm-up room or back at the home gym. 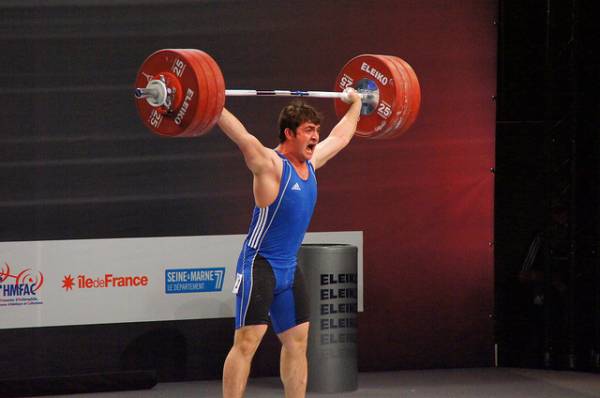 This all points to the concept of peaking for a competition. If your training is periodized so that you come to peak condition for select competitions, then the frequency of such peaks should be limited by your skill level. Participation in other events may occur, but they should not be considered real competitions. No peaking is done for such events.

One concept that’s been lost over the decades is the idea of a “tune-up” event. This was an event held about six weeks prior to a major peak, but where the lifter tried to lift as much as he could, but did not push himself and did not peak. The idea was to get used to competition again, especially after a too-long layoff.

This is a good idea for those athletes to whom weightlifting is not their main sport. Perhaps they are engaged in some other seasonal sport for a certain part of the year and then regularly return to Olympic lifting in their off-season. It is wise not to jump into heavy competition right away. A tune-up meet after a month or so of training is ideal. The lifter can then work up to a real peak later.

CrossFitters especially should remember not to combine training efforts on the same day or at least do the weightlifting competition first. I saw an example of this recently where a CrossFit lifter had some time to kill before lifting in a major competition. He decided the ideal way to kill that time would be to do a CrossFit-style Olympic lift workout. After all, he hadn’t had a good WOD in a while.

Umpteen reps of the snatch were followed by umpteen reps in the clean and jerk, and that was followed by major fatigue. This was finally followed by the weightlifting competition and a disappointing result.

He will know better next time.