Martial arts can attract people who feel helpless in their lives. They may have been abused mentally or physically as children and learning martial arts can help them to feel a sense of control. It can make them feel powerful. As they progress in their training, they will become proficient at the techniques and begin to submit other people. Time goes by and if these people stick around and train consistently they may become the best people at their clubs, as others leave or lose interest in training.

Over time, more students look up to this person and ask for help with technique. Teammates may think that because this person is better than them at jiu jitsu, he or she must be better than them at everything. What they don’t realize is that martial arts isn’t a magical cure-all. When a person who has not overcome his or her feeling of low self-worth becomes an instructor, he or she can create a toxic training environment for vulnerable students. These type of people make up for the lack of power they feel in their lives by controlling and/or emotionally abusing others.

Reading reports from past members and defenders of Team Lloyd Irvin after the horrible incident a few months ago made me sad for the community. In his Open Letter to the Martial Arts Community, Ryan Hall said of the matter:

What I definitely did not understand at the time was that I had unknowingly joined the beginnings of a cult, and at its center was a figure perceived by many (perhaps most notably by the figure himself) to be some sort of messianic individual deserving of unflinching devotion, total commitment, regardless of his actions. Of course there were warning signs, but I rationalized them away as best I could initially. Perhaps I just didn’t understand the workings of someone who did everything in his power to convince me that he was above the judgment of the little people beneath him? Looking back, I realize that my inability to see what was right in front of my nose was simply denial, an emotional defense mechanism; it was attempting to save me from the pain of coming to terms with the fact that some of the people I’d put intense amounts of faith and trust in were not only completely unworthy of my devotion, but were actively manipulating me and others to our detriment for their own, often minor benefit.

So what are some of the warning signs that you’re in a toxic environment?

How do you feel when you are in a toxic club environment? It’s very similar to way you would feel if you were in an abusive relationship. If you can compare your instructor’s behavior to that of a crazy ex, you may be in a negative environment.

We all live in a state of ignorance. It’s a part of being human. We are continuously learning and need help along the way to guide us in the right direction. People who are new to the martial arts community may not realize that their club environment is toxic. They may think all martial clubs have irrational rules that have to be followed to be a part of the team or become a champion. 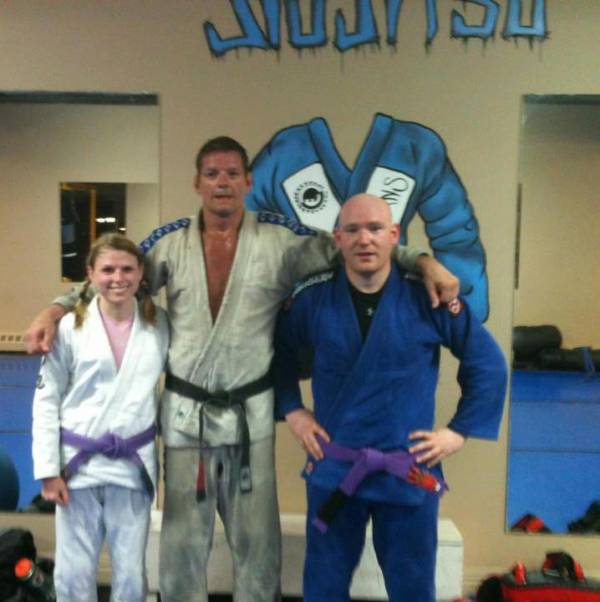 Brazilian jiu jitsu has added a lot of value and fulfillment to my life and I have enough experience to know that a big part of that is because of the healthy training environment we have at Titans MMA under the guidance of Renzo Gracie black belt Kevin Taylor. At Titans, I can do whatever I want. If I want to go to another club and train with someone who can help me to develop my game, I can. Every weekend I go and train at Marmac Athletics in Truro, Nova Scotia. No one at Titans makes snide, passive-aggressive comments about it on Monday. My team supports me. If I’m late getting out of work or if my commute takes longer than I’d like and I don’t show up to class on time, I’m not punished.

Kevin Taylor and the instructors under him treat everyone at the club with respect. We don’t have rules, unless you count the Golden Rule, which states that we should treat each other the way we want to be treated. We make fun of each other and bitch at each other and call each other out, but it’s never mean and it’s never for the sake of control. Control doesn’t encourage loyalty, it encourages fear and anxiety. It also doesn’t ensure success.

Ryan Hall summarized it best in the final section of his Open Letter:

Teachers: A true leader creates other leaders. He desires not to dominate those around him, but to uplift them. Not to uplift them for his own benefit, his own aggrandizement, but because it is the right thing to do. A real leader doesn’t want disciples. A real leader hopes for friends who respect him for being a decent human being above all. After all, what other reason is there to follow someone?

Students: Trust your gut. We all have an internal compass that pushes us in the right direction, that guides to where we are supposed to be. Listen to it. Do not permit yourself to pull a gold medal high beam routine to justify staying in a place or with a person when your intuition tells you something isn’t right. I did once for too long and still bear the scars.

How do you feel about the environment at your academy? Have you ever experienced a toxic teaching environment? Please share in comments.