“I guess I’m just surprised you’re still going to do CrossFit,” my sister said, as I cradled the phone against my ear and folded a pair of my daughter’s bright pink leggings.

For about six months I’d had a nagging pain in my left shoulder. After a few visits to the orthopedic surgeon and one cortisone shot without a lot of relief, I finally dragged my claustrophobic self to an MRI.

The doctor called me the next day while I was shopping for fall decorations in Pier One. He said, “I have good news overall, but some bad news, too.”

Surrounded by candles and lamps and dishes shaped like ghosts, I listened intently as he explained I have something called os acromiale in my shoulder. The bones didn’t fuse quite enough when I was a kid, so now they’re rubbing and moving against the bursa, causing a severe case of tendonitis.

“I recommend you stop all activity that involves your shoulder and deltoid.”

“Where is the deltoid muscle again?” I asked, tracing my finger around the stem of a glass pumpkin. “In my calf? Because I can totally skip all those calf exercises.”

“Carrie,” he said. “You need to take a break and let the inflammation settle down.”

My stomach sank. I thanked him and hung up.

For the most part benign, this developmental irregularity normally goes undetected. Unless, of course, you go to CrossFit and do things like overhead squats and power snatches and double unders. Then, your os acromiale starts to talk back to you like a sassy teenager.

“I will never be the strongest or the fastest person in our box. But still, I show up.”

Do you know how long it took me to learn how to do a double under? A year. It took me an entire year to figure out how to make that rope travel twice under my feet without tripping on it. I wish I was making this up, because it doesn’t exactly paint me in the most athletic light.

But one Saturday morning, after everyone had left the box and the music was quiet, I took out my rope and I began to jump. The only sound I heard was my heart thumping in my ears as I jumped and tripped over it again and again. And then all once, it passed once, twice under my feet and I shrieked for joy. 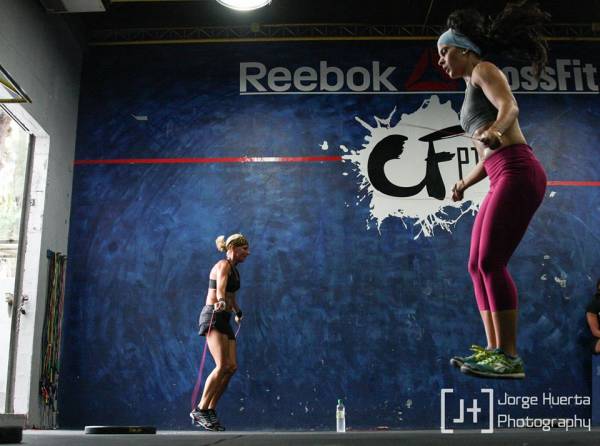 I will never be the strongest or the fastest person in our box. But still, I show up. Nearly every day I show up with my favorite green sneakers, and I run the sprints and jump the box. I push the press and slam the ball.

One day we did “The Chief” WOD – five rounds of three power cleans, six hand-release push-ups and nine air squats. Now, I’m pretty okay at power cleans but this was 95lb as prescribed, which is heavy for me. By the second round, I didn’t think I could do it anymore. I started to panic and I thought about taking weight off. Maybe going down to a comfortable 85lb bar.

Every Day Is Different

I have five kiddos – four boys and one girl. (No, the girl is not our fifth child. She is the fourth, and we have a busy urologist to thank for that.)

My ten-year-old son, Jack, has autism. He’s considered high-functioning in that he talks and he can hold a conversation, but he needs a full-time aide in his fifth-grade classroom and the first thing he’ll ask you is what kind of toilet you prefer: Kohler or American Standard. He has trouble regulating his body, so he spends much of the day jumping and hopping and grunting throughout the house.

Some days are hard and other days are amazing, but every day is different. 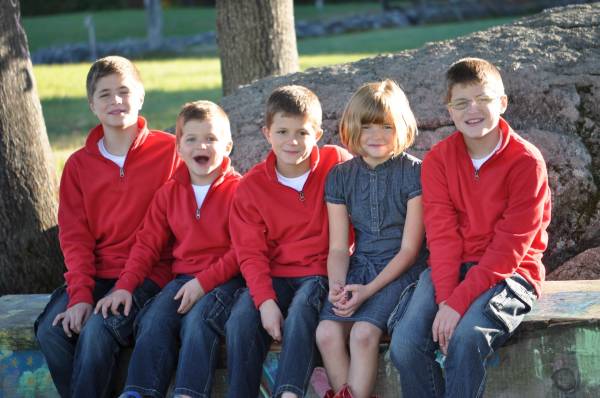 Jack struggles. He struggles academically and has a hard time connecting with people. He is rigid and inflexible, controlling and bossy. He simply cannot understand why everyone in the entire world doesn’t love Nicki Minaj like he does, and he shrieks like crazy if there’s static on the radio for just one second.

“Over the years, I’ve started to realize I can’t necessarily teach Jack to love math, I can’t promise there will be no static on the radio when we’re in the car, and I can’t force other kids to invite him for play dates or to throw the ball his way on the playground.”

But he loves music, and he remembers the last time he ate a chocolate chip pancake from IHOP was in June of 2012. He sees the days of the week in color – brilliant yellow Tuesday and a deep, dark purple Friday.

Over the years, I’ve started to realize I can’t necessarily teach Jack to love math, I can’t promise there will be no static on the radio when we’re in the car, and I can’t force other kids to invite him for play dates or to throw the ball his way on the playground.

RELATED: When the Wheels Fall Off: Coaching Clients With Autism

I can teach him that some days, all you need to do is show up.

Every Day I Will CrossFit

I’ve always felt as though I’m not athletic, and while it’s true I’ll never compete at the CrossFit Games, win an endurance race, or have my name scattered all over the leader board, I’m beginning to think I may be an athlete in my own right. Athletes know how to dig deeper for one last rep, how to push their bodies further and harder and faster. They know how to stop and when to pull back. How to bend without breaking. 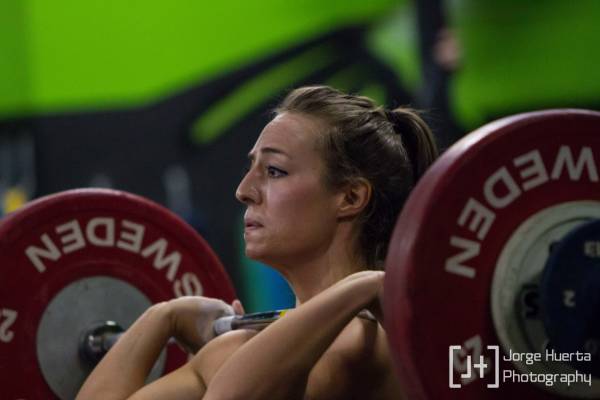 Athletes know how to do this with both their bodies and their minds.

For now, I won’t PR or complete AMRAPs AHAP. I won’t push press or split jerk or snatch. I won’t kip. I’ll concentrate instead on endurance and flexibility, running and yoga and mobility. And when the time is right, I will return to the box.

Meanwhile, I will continue to CrossFit. In fact, every day I will CrossFit.

It just won’t look like typical CrossFit. I won’t lace up my bright green sneakers or load a bar with weights. I won’t flip upside down on the wall for a handstand push up or hold a plank until I collapse to the ground, my arms trembling and wobbly.

I will simply sit quietly next to a ten-year-old boy at our kitchen counter every afternoon. And as the shadows around us grow long and deep, I will bend close to his ear and murmur softly. “Jack-a-boo, just one more sentence. One sentence, I know you can do it.”

Carrie Cariello is the author of What Color Is Monday, How Autism Changed One Family for the Better. She lives in Southern New Hampshire with her husband, Joe, and their five children. She is a regular contributor to Autism Spectrum News and has been featured on WordPress, the Huffington Post, and Parents.com.

She has a Masters in Public Administration from Rockefeller College and an MBA from Canisius College in New York.

At best estimate, she and Joe have changed roughly 16,425 diapers.

You can learn more about Carrie and her journey with marriage, autism, and motherhood at her website.