Is There A Connection Between Poultry and Prostate Cancer?

Men have a 1-in-6 chance of being diagnosed with prostate cancer. Research shows there are two foods that potentially have a negative impact on this cancer progression and growth. Are you eating them?

A report in 2010 out of Harvard University, the Cancer of the Prostate Strategic Urologic Research Endeavor, showed men with prostate cancer who consumed a large amount of chicken quadrupled the chance of their disease progressing.1

What’s the explanation for this?

The scientists thought it might be the high levels of heterocyclic amines, carcinogens that build up when meat is cooked at a high temperature, which are present more in poultry than in other meats. Another explanation could come from the fact the researchers noticed the cancer developed far more quickly in those men who ate chicken with skin on as opposed to those who ate their chicken without skin. So according to this study, men with prostate cancer could eat skinless chicken breast (if they were to eat chicken) and not increase the risk of progression. Granted, this is only one study and there will need to be a lot more follow-up work to determine how significant these findings were, but it’s still cause for some concern.

What could possibly be the explanation for this?

Some researchers and doctors think it may be the high levels of choline present in eggs. A study in 2012, also out of Harvard University, determined that among a group of 47,896 men, those with the highest levels of choline intake had a 70% increased risk for getting lethal prostate cancer.3 But choline is good for you, right? Absolutely, and we do need to include choline as part of our diets. But what these researchers found is that it’s not the choline intake necessarily, but the trimethylamine oxide (TMAO) that choline is converted to (first to trymethylamine by gut bacteria and then to TMAO in our liver) that could increase inflammation and promote cancer progression along with cardiovascular risk.4 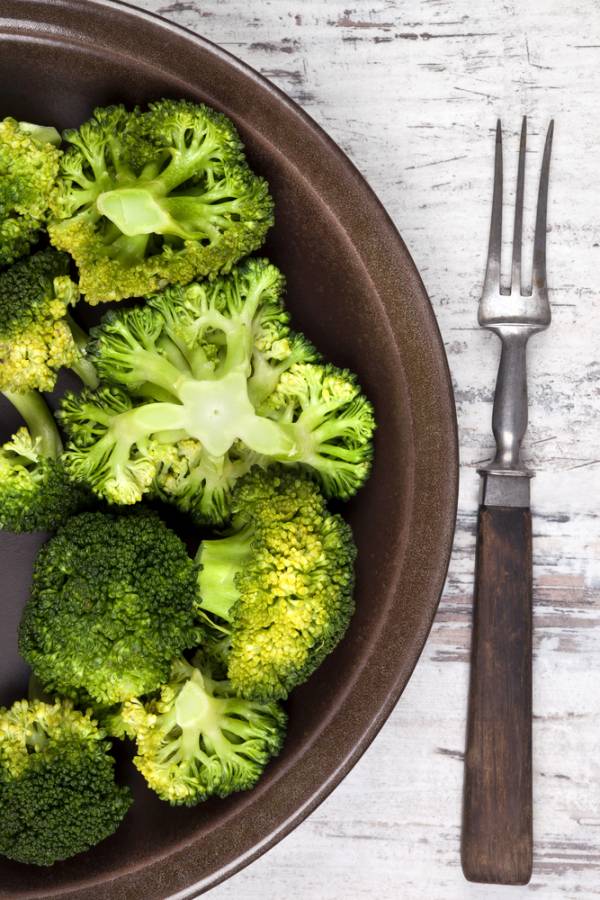 Gut bacteria also produce this same toxic chemical when they metabolize L-carnitine in red meat as discovered in a landmark study from the Cleveland Clinic published this past May.5 What’s most interesting about their findings is they discovered that in contrast to the omnivorous human subjects studied, those consuming a plant-based diet produced a negligible amount of TMAO even when consuming L-carnitine. So what does this mean and what are the possible implications with regards to choline intake? Since the intestinal microbiota of those consuming a predominantly plant-based diet are different from omnivores, and since plant-based eaters don’t convert L-carnitine into TMAO as much as omnivores, could the same thing be true for choline? It’s possible, but again, we’re going to need to see more studies to confirm this theory. It’s worth noting that there are plenty of excellent plant-based sources of choline, including broccoli, cauliflower, collard greens, and other cruciferous vegetables.

So, Do We Eat Poultry or Not?

While these studies aren’t entirely conclusive and will require extensive follow up, which is likely to happen, they are certainly cause for concern. We could always choose to ignore them, but if we decide to be prudent we may want to reduce our consumption of eggs and chicken skin, at the very least, or avoid them altogether. We can also include foods in our diet that have been shown to be protective against prostate cancer growth, including flax seeds6,7, cruciferous vegetables8, other plant foods high in lignans and isoflavones, and maybe even soybeans (non-GMO of course).9 Additionally, we now know that exercise can greatly increase your chances of survival as well. So men, if you’re going to keep eating chicken and eggs, stay active, eat lots of nutrient-dense plants and seeds, avoid chicken skin, and hope these studies on poultry turn out to be false.