Is Weightlifting a Team Sport or an Individual Effort?

Team placing strategy can often conflict with individual ambitions. Let’s break down how this can happen.

Recently, I got into a discussion with some of our local weightlifting administrators as to whether weightlifting is or is not a team sport. It is easy for the pros of this argument to cite the team scoring rules as outlined in the International Weightlifting Federation’s Technical and Competition Rules and Regulations.

In those rules, competitors may be assigned 28 points for a first place, 25 for a second, 23 for a third, and 22 points down to one point for the next 22 places. These are given for the snatch, clean and jerk, and the total. In this way if you complete a “grand slam” you will collect 84 points for your country. Each country may enter eight men and seven women. There are separate team awards for each sex.

The cons argue that weightlifting is essentially an individual effort, since no-one else can help you win. This concept is a great attraction for many since if no-one can assist you, you will also have no-one to share the glory with. You will also have no-one to share the blame for a loss but lifters seldom think about that. The cons further contend that the team scoring is simply a way to add spectator interest when many in the audience have no idea who is competing against who, in terms of individual personalities and such. But they do know Russia versus the USA versus China.

Much of this is probably attributable to old Cold War politics when victory carried implications of political superiority. Our way was the best way back then. At least it was until you lost. Then the losers would insist that the team trophy was unimportant, signifying nothing.

Closer to the platform, coaches are ambivalent about potential team standing when picking a team. Team placing strategy can often conflict with individual ambitions. How is that? Well, it can be seen most often at the extreme ends of the bodyweight categories. It is often hard to find very small and very large athletes. Note that I said “athletes,” not “good athletes.” Size extremes are rare enough by themselves, never mind looking for good ones.

So why not just send the better athletes to a team event? That would be easy to answer if only one lifter per bodyweight category were allowed. Indeed, then you would just send your best in each. But that situation does not occur in weightlifting. The rules allow teams to double-up in one category and skip another. This will be done if a second athlete in one category will still do better than your sole athlete in another. It is better to get a gold and silver than a gold and fourteenth.

Quality of Lifting or Winning

Problems occur when we have to consider the quality of the lifters, as measured by their Sinclair score (a system of bodyweight equalization enabling comparisons between those of differing bodyweights.) What if you have a good athlete who will still get second place, but you have another of far lesser ability who can still win the super-heavyweights due to lack of entries? What should a team selection committee do? 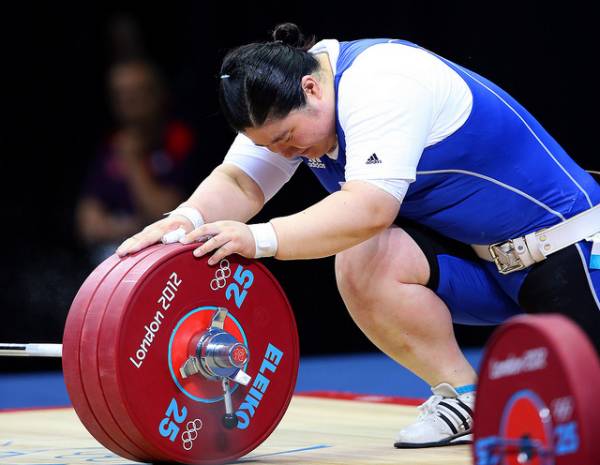 Coaches are not always the best ones to decide this question as many seem to have situational ethics, depending on whose ox will be gored at any given time. If they have a good lifter who will not win, they will cite how his or her harder work (read: better performance) should be rewarded. In a subsequent event, coaches may favor their new kid who can only lift less than his considerable bodyweight, but will likely finish first due to lifting all by himself in the supers. And that coach is still capable of performing another 180-degree turnaround when the situation changes yet again.

In such times, administrators must consider what is best for team versus best for individual athletes versus the club or association as a whole. Depth in categories is seldom uniform, especially at heavier categories and with fewer women competitors than men. Wrong decisions can lead to resentments among the athletes that can last a long time, undermining team morale. Few accomplished lifters want to be told they are staying home in favor of an overweight newbie with no experience.

Determining the Objective of the Event

One question that has to be asked is “What is the team title worth exactly?” This is key. If funding and donations are likely to go to the team as a whole due to team title winning, then we might have to swallow a bit of athletic pride and take those who can place higher. When team selection proceeds in this way it is important to have a good “book” on the opposition. All too often things don’t work out as planned, prediction-wise. I remember this happening once when unknown lifters suddenly appeared at the competition, laying rest to all earlier expectations of an easy victory by the master age super-heavyweight, who was only on the team to get points. You can imagine how angry the lifter who was left at home got. He lost out and so did his team.

Therefore, if the team trophy is not important, it is usually better to reward a Sinclair performance. Above all, you have to look at the overall objective of the event. This will ultimately decide if weightlifting is a team or an individual sport.