One of the biggest myths in the training world is that it’s the type of training you do that determines how you look. You know, that tired old “If you want to look like a sprinter, train like a sprinter” garbage.

Appearance Does Not Lead to Performance

If you believe that adage, then taking a look at the picture here ofJessica Zelinka and Brianne Theisen-Eaton, you’d have to ask how come two athletes who do the exact same sport look so different? And how come the one who won, Theisen-Eaton on the left, actually looks in worse shape according to what mainstream fitness media would have us believe?

The idea that appearance leads to performance has sidetracked Western strength and conditioning for most of the last four decades. Back when we all started to think you needed to look like Tarzan, the only thing the Russians and Chinese cared about was beating Tarzan on the field. You know, where it counts.

As a result of our focus on appearance, an entire subculture of fitness sprang up around bodybuilding and the hoard of training programs that accompany it. But all of these programs suffer from the exact same thing – a lack of honesty. Honesty would tell you that if you want to look a certain way, then you better hope you have the right parents. Honesty would tell you the amount of fat you have, to show off what your parents gave you, is largely determined not by training, but by diet.

Muscle Is Difficult to Grow

If you’re really after muscle growth, then what you need is a diet focused on getting a calorie surplus. Muscle is incredibly difficult to grow. I always have to wear my protective face-palm helmet when I start working with new clients who tell me how easily they pack on muscle. You need to be in a tremendous surplus to gain genuine muscle – 4,000 calories per kilo – as opposed to fat or water.

Old-school bodybuilders understood that to gain muscle you had to accept the addition of fat and water, though. They would deliberately go through periods of bulking up, assured that when they cut up for a show they’d have new muscle they could show off to their advantage.

How Much Food Do You Need?

Consider that at his peak Jay Cutler (pictured below) was eating a breakfast of nearly 1,000 calories. That should put it into perspective for you. His first meal of the day was: 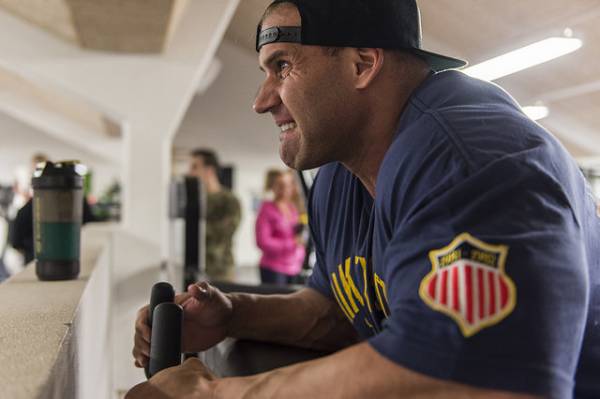 When you think that most people’s base need is around the 2,000 calories per day mark, it goes to show why your lack of muscle gain has little to do with your training. Hardcore training must be buffered by hardcore eating. Cutler’s second meal of the day was 1,121 calories (10oz steak, 2 cups rice). In his first two meals of the day, he already ate more than most do in an entire day.

I’m sure some people will eat this much after a heavy day of training. But this kind of eating is required seven days a week. I’ve even seen recommendations on bodybuilding forums that people go and eat two to three Big Macs, large fries, and a shake two days a week to help them crack 10,000 calories on those days to help with mass gain.

Still think it’s the training and not the eating? Then explain how top CrossFit competitors manage to stack so much lean muscle on relatively small frames with a training regimen that has far more conditioning work than any bodybuilder would ever dream of. Rich Froning is well known for his non-paleo diet consisting of large amounts of peanut butter, whole apple pies, and thousand-calorie shakes.

You Need Carbs Not Doughnuts

And if you think you need to ditch carbs to get shredded, then you need to think again. The top bodybuilders will eat carbs close to their competition, only cutting them out in the final stretch to get as lean as possible. But at no point do they consider getting rid of them completely. And they’ll add them back into their diet right before the show to help the muscles look fuller, as well as use them regularly once they return to regular training post competition. 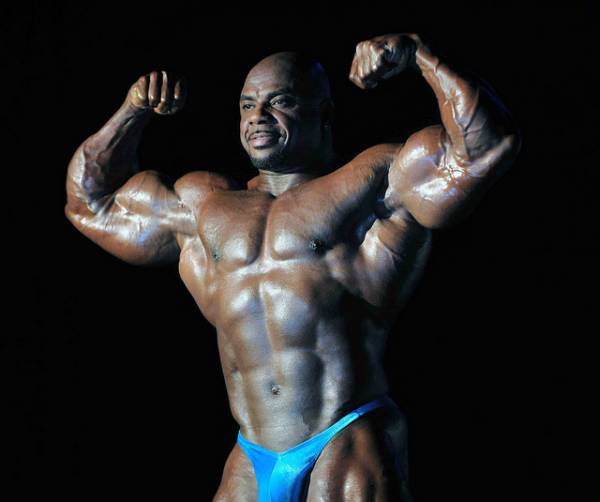 CrossFitters need carbs, too. You simply won’t be able to fuel those intense workouts without them. The difference is that both successful bodybuilders and CrossFitters choose from clean sources like sweet potato or brown rice, rather than sugary treats like desserts (except in Froning’s case).

The saying “you can’t outrun a doughnut” has been around forever, and is completely true. At a certain point it might be possible, such as with Froning or with the amount of training Michael Phelps was doing when he won his record medal haul in Beijing. But most of us don’t have the ability to train for six hours a day in order to justify our doughnut eating.

That means we need to pay more attention to our diet. And sorry to say it, but the mature athletes (those over 35) need to pay even more attention than everyone else. As the body slows down and hormone levels change, you can’t get away with what you could in your twenties.

The secret to success in the gym, regardless of whether your goal is muscle gain or getting ripped will always come down to diet. Make your eating habits every bit as hardcore as your training and the elusive results you’re after will finally come.