Should you put an all-out effort into each rep? Or save enough strength for later reps?

In the first article of this series, we discussed how the old-time strongmen viewed the dilemma of power optimization versus power efficiency. That is, whether to put an all-out effort into each rep or to conduct the rep in a way to save enough strength for later.

This week we are going to discuss more contemporary theories of power optimization versus power efficiency. To keep the discussion relatively simple, we will compare StrongFirst and CrossFit Principles.

StrongFirst tends to describe strength as a skill that needs to be practiced. Every lift is an opportunity to practice the principles incorporated in a heavy lift or a virtuous movement.

One such principle to practice is that of tension – learning to tense the body in the right places in order to make the lift easier. For example a push up, with a tense core (abs, butt, and thighs) is much easier than being floppy in the midsection. It is like trying to push up a plank of wood versus pushing up a noodle. Another example is a strict military press with scapula back and retracted, tight abs, tight glutes, tight legs, and gripping the floor with the feet. All of this tightness creates a rigid structure to transfer the weight upward. Stuart McGill calls this linkage.1 If the body is not linked together then there are leakages of strength.

Andy Bolton (pictured below) is known to deadlift with the same technique at 300 pounds as he does at 1,000 pounds. He tenses his body in the exact same sequence for light lifts as he does heavy lifts. If we look at the equation of force = mass x acceleration, he has less mass on the bar, so he accelerates his movement. Learning to lift light weights as if they are heavy teaches a person how to lift heavy weight.

StrongFirst emphasizes the idea that reps should be kept relatively low in practicing the skill of strength. That is, light weights over high reps teaches the person to save themselves for later reps. The body tends to look for shortcuts to save energy if it knows that it will have to struggle over longer durations. Thus, a StrongFirst workout would mostly likely consist of every-minute-on-the-minute (EMOM) or Tabata-style workouts, rather than an as-many-reps-as-possible (AMRAP) workout. When a person is fatigued, he or she does not learn how to practice a skill well. However, a person may have to test his or her strength every once in a while. 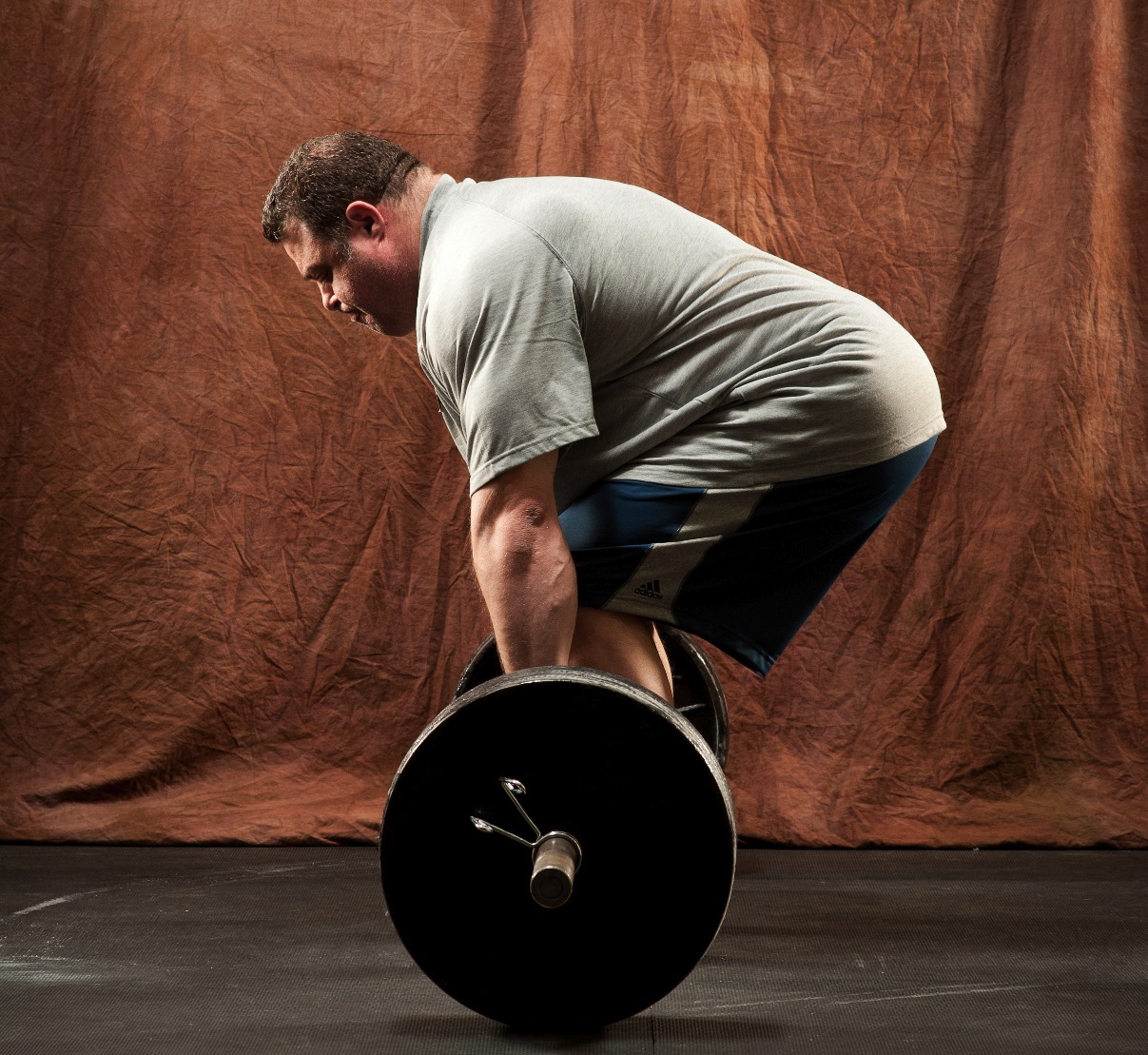 Testing of strength is done only once in a while as it is neurologically taxing and can’t be sustained over long periods of time (peaking is usually measured in days or weeks; you cannot peak for more than a week or so). Thus, a maximal effort lift or an endurance event such as the 100 rep snatch test (in five minutes) is done infrequently. An example would be a six to twelve week cycle (depending on the lift) where maximal effort is only put out at the end of each cycle.

Basically, StrongFirst would view less as more. That is, being able to perform a movement perfectly for only a few reps is much more important than performing so many reps that you are left on the ground after a workout.

CrossFit philosophy emphasizes being efficient in movements in order to save yourself over time for more exercise. For example, take the following quotation from Dave Castro:

“The traditional approach to the Oly lifts is to use these movements to develop explosive speed and power. They have certainly been proven effective for that purpose, and the best results are found with shorter sets. CrossFitters are certainly interested in explosive power and speed and will train low-rep Oly lifts. … Much attention has been paid to the technique of the snatch, and good technique is essential to maximizing the loads moved in any given set. … The same approach, though, is not necessarily true when dealing with light loads. These lifts can be successful even with inefficient technique, including keeping the hips high, pulling with the arms, not coming to full extension on the second pull and even swinging the barbell out.”

CrossFit certainly advocates the use of heavy weights at times. However, the above statement implies that CrossFit advocates inefficient technique to improve efficiency. This statement is very much in opposition to the idea that every rep is an opportunity to improve the movement and to build strength. Rather, the athlete is performing the movement differently depending on the reps and weight. 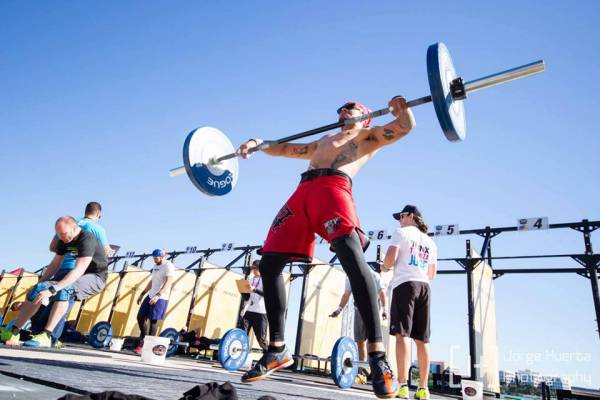 For a highly technical movement such as the snatch, this idea does not seem wise. Unless a person has a strong base of being able to lift heavy weights perfectly, then it would be ill-advised to practice inefficient technique. The practice of inefficient technique can be ingrained as habit for an athlete who does not have the base of perfect technique. Dave Castro continues with:

It is often thought that optimal technique for 1RM work and high-rep work is identical. After all, it comes down to physics, right? Well, maybe not, or perhaps it’s more accurate to say that maybe the physics are different at light loads. In CrossFit competitions, we are not seeing a strong correlation between the completion times for high-rep snatch and clean workouts and the efficient use of traditional techniques. Some of the fastest times come with ‘great technique,’ but many do not. What does this mean for us? Well, as fitness whores and not technique snobs, this means we should explore non-traditional techniques for high-rep workouts.

It’s All About the Goal

This argument comes down to the reinforcement system in CrossFit. The focus of Dave Castro’s comments seems to emphasize the time of completing the workout as the most important goal. If we are really aiming to do complicated movements for time, are we really gaining anything? Highly technical movements should not be done for time. An Olympic gymnast looks virtuous without a time standard. Even the best CrossFit athletes look like they are doing very unsafe movements when they are doing them for time (Watch Stacie Tovar’s deadlifts at around the seventeen-minute mark).

Olympic weightlifiting and gymnastics are beautiful movements that build explosive strength for other activities. Should we not be practicing these technical Olympic movements in an explosive technical fashion and using our strength gained from those activities to test ourselves? A person with a heavy snatch tends to have a higher vertical jump, which leads to better performance in other athletic events.2,4 We could test ourselves by the activity itself or see how it translates to other explosive activities. A person who gains strength from powerlifting is likely able to do many feats of strength.

CrossFit’s goal of having athletes ready for any activity seems to be a lofty and worthwhile goal. However, training for time frequently may not give the best foundation for learning the skill of strength. Thus, the take-home message that I would provide to athletes is to practice the skill of strength (first) before trying to be efficient in movements. Only with a strong base and strong technique can an athlete adjust his movements when he is being tested. Testing should only be done infrequently as the body can only handle the extreme neurological effect for so long. Otherwise, the event becomes an endurance event rather than a strength event.

A great example is the testing done at the NFL combine. The bench press goal is to do as many reps as possible with 225 pounds. The best predictor of this goal is how much an athlete can do for a one rep maximum.3 Thus, it is probably best to practice the skill of strength and add more acceleration to movements with lighter weights than to practice efficiency in the movements. The practice of the skill of strength will best build the neurological patterns needed when one is tested.