Masters Athletes and the Muscle Up Hullabaloo

This last week when the Masters Qualifier workouts were announced, you would have thought someone threw a bag of kittens into a river.

So, you want to compete at the CrossFit Games? Or at regionals, for that matter? Then you’d better damn well be able to do muscle ups.

This last week when the Masters Qualifier workouts were announced, you would have thought someone threw a bag of kittens into a river. The gnashing of teeth was epic. Questions surrounding what would happen if one didn’t finish “Amanda” (Disqualification? Still ranked but with a zero? Still able to advance?) flooded Facebook, as did a lot of frustration and disappointment that muscle ups were going to be the breaking point for a lot of masters athletes.

A lot of “nice knowin’ ya, I don’t have muscle ups” kinds of comments peppered the CrossFit Masters Facebook page, and I will grant that the DNF questions were fair, as there was a lot of confusion about what would happen if you simply could not finish. But, there was also a lot of heat thrown at the idea of a muscle up being included in the manner in which it was – Amanda, opening with nine muscle ups. Some commenters suggested that muscle ups always seems to be included – i.e. “where’s the constantly varied, if muscle ups are always used at the threshold against which we good folks are tested?”

In 2010, Rich Froning lost the CrossFit Games to Graham Holmberg because he could not climb a rope. If you watch this video, you will see Rich revealing a number of holes in his game, from toes-to-bar to rope climbs (watch from 23 minutes).

That same year, the workout “Amanda” was unveiled for the first time. There is some quite famous footage of Jason Khalipa failing snatch after snatch at the end.

It’s not about muscle ups, folks.

Work Your Weaknesses or Be Punished

Everyone has a hole. Everyone has strengths. The temptation, once “Amanda” was announced, was to shine a spotlight on the muscle up as the “intentional separator, placed nefariously into the programming to favor only those that were proficient at them.”

Wrong. Before you got to this point, whether it’s the master’s qualifier or regionals, you had to pass a series of tests. Double unders, snatches, chest-to-bar pull ups, overhead squats, deadlifts, box jumps, rowing, cleans, wallball, toes-to-bar, muscle ups, thruster, and burpees. And, during all of that you had to be able to breathe.

For everyone except the top 200 in each masters category, something in that group of movement represented a hole in their game. You made the top 200 because you worked hard enough on a large variety of movements so as to allow you to perform well and you left thousands of others in the dust.

So here we are at the second level – and presumably, the harder level – and guess what? Twenty people are going to perform well enough to leave 180 others in the dust. Why? Because those 180 have a hole in their game. That hole might be muscle ups or it might be the ability to breathe through longer workouts. I can tell you as I write this, I performed extremely well on the one rep max clean, and “Amanda” and poorly on workouts three and four, which were longer, lung-burning sufferfests. But I absolutely guarantee you there are people who were in the top twenty going into this weekend who missed the cut not because of muscle ups, but because they could not clean enough weight to make a dent in the scoring.

And if I fall out of the top twenty (scores are still coming in), it will be not because of “Amanda,” but because one hundred wallballs absolutely crushed me. I know what my weaknesses are going into the Games in Carson, and while I will work muscle ups, my bet is that my coach will hammer me on longer metcons that require the mental toughness that continues to dodge me at times. Give me “Amanda” any day of the week. One-rep cleans are my specialty. But hand me “Helen” and I am in big trouble, folks.

Muscle ups are not the issue. These are programmed into the Open, regionals, and Games no more than any other movement. Those who can do them don’t notice that. Those that can’t see them as a glaring “F-you” from Dave Castro himself. But this is simply not the case at all.

There are certain movements that are going to show up year after year. Muscle ups are one of them. Even for the masters. Get used to it, and learn how to do them. And while you are at it, learn rope climbs, learn how to walk on your hands, make sure you can swim, get proficient at rowing, be able to breathe for long periods, and get good at high-rep push presses. You get the drift.

So let me rephrase my first paragraph:

So, you want to compete at the CrossFit Games? Or at regionals, for that matter? Then you’d better damn well be able to do everything. 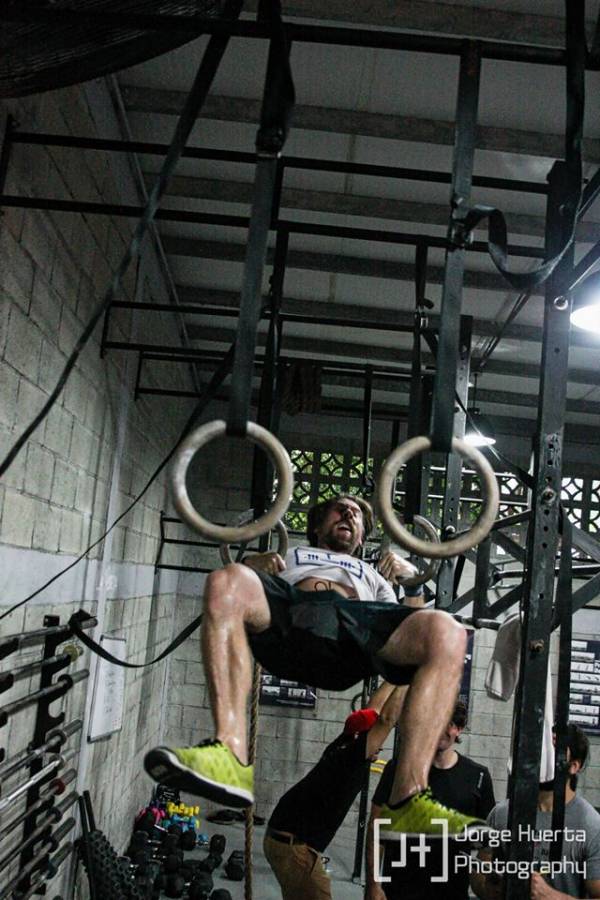