When CrossFit Open workout 14.3 was announced, a collective “WTF?” seemed to explode through the community. From the announcement to the workout itself there were a variety of perplexing moments, and here, for the first time, is the definitive collection of accumulated 14.3 WTF moments, as compiled and ranked by a panel chosen by yours truly.

The best part about Dave’s entrance at CrossFit NOLA last Thursday night was not the Lettermanesque emergence from the wings, complete with wool cap and Madonna mic. It was the poor sap who found himself in the wrong corridor at the exact wrong time. As Castro’s name was announced, the first face we see is a befuddled chap who quickly spins around and heads in the other direction. He got his fifteen seconds of fame most likely because he decided to hit the men’s room seconds before the announcement.

You can almost hear a million viewers sitting up from their laptop saying, “Uh…WTF?” right about the same time this guy says it, before he pivots and gets the hell out of camera view. I am rather surprised no one has set up a fake Twitter account called @crossfitwrongturnguy. WTF, dude?

Stacie Tovar, who is world-famous for her white bootie shorts, appeared to be ready to do the nationally televised workout in a pair of black tights. (WTF?) When Dave Castro called, “Ten seconds,” she proceeded to shuck the pants to the enthusiastic cheers of the crowd. But the next WTF moment came as she struggled to remove the pants before the “three, two, one, go.” You could almost imagine her hopping on one foot, tumbling over backwards, or pulling off a shoe as she attempted a bit of dramatic theater here. To say nothing of the self-objectification.

You can watch the entire 14.3 video below, or click here to see the strip-tease specifically:

In ten seconds, Tovar went from, “It’s all about strength, athleticism, grit, and determination,” to “Look at how hot I am,” erasing her entire athletic resume and making it about the outfit. The only thing more contrived was Camille Leblanc-Bazinet pulling off her shirt in the middle of the “2007” workout in Carson last year. I could have sworn she twirled it around a few times before she tossed it. Then again, CrossFit does turn sevens into tens, so they’ve got that going for them. 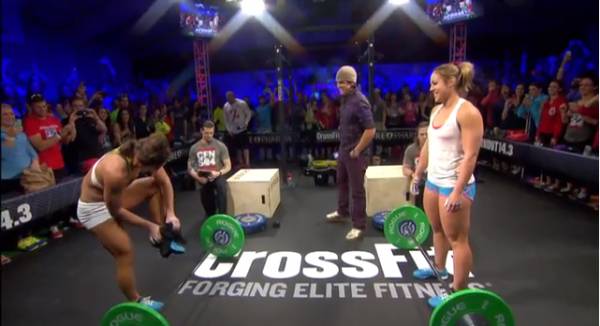 Granted, I suspect this was all rehearsed and the clock was only imaginary at that point, but so much could have gone wrong. WTF, Stace?

WTF #3 CrossFit Aiken Is Ridiculed for Making a Business Decision

When I wrote about the emergence of crazy novelty WODs in CrossFit Competitions, one of the things I wrote was that if you are in a competition and the unveiling of the workout is just too outrageous, be willing to say no. In my humble opinion, it takes bigger ‘nads to say “no thanks,” than to follow the lemmings over the cliff and let someone hang a set of rings around your neck. But that’s just me.

CrossFit Aiken, of Aiken, South Carolina, decided that 14.3 was too risky. Accordingly, they posted a notice on their own Facebook page that they would not be participating in the workout and strongly discouraged their athletes from doing so. In probably the week’s biggest WTF? moment, Aiken was descended upon by haters like piranha on a baby water buffalo. You would have thought they said, “Sumo deadlift highpulls are stupid.” 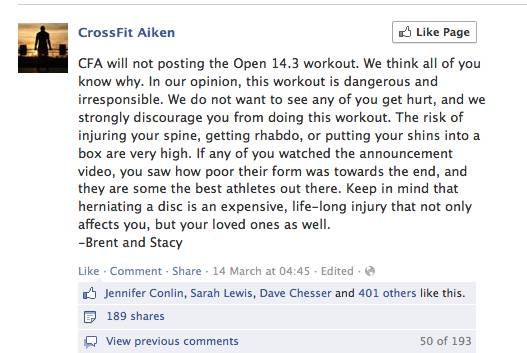 Here are some of the comments (names withheld to protect the doltish):

“It’s unfortunate that you don’t believe in your coaching enough to get your athletes through this one.” – Interesting presumption.

“You should now be given two options from HQ. A.) Your new affiliate name is “Crossfit Grow Some Balls”. B.) stripped of your CFL1 Cert and your affiliation.” – Wow. So either you are required to participate in the Open or be disaffiliated? Or better yet be given a scarlet letter?

And of course, this gem: “Get a shovel to clean up the sand that fell out of your vagina. You’ll have plenty of time to do so since your not allowing your box to safely conduct 14.3 due to your inability to clearly coach the movements safely.”

CrossFit Aiken may well be a box that has a very specific programming philosophy. They may program a periodized strength and conditioning regimen for their clientele, perhaps many of whom are middle aged. Who knows? None of us on the outside knows the demographic that thrives at CrossFit Aiken nor should we presume to guess.

The WTF here is that outsiders saw fit to overlay their assumptions of what CrossFit should be onto a box that clearly knows what they want to be. This, in a system where there is literally no standard template for what constitutes “CrossFit.” We’ve seen a lot of #community eating their own the last couple of weeks and the entire thread on Aiken’s web page is discouraging, to say the least. WTF, man. 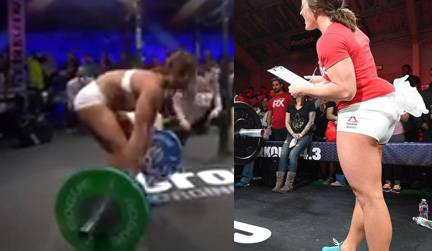