Mid-Open Rule Changes: What Is Going On at CrossFit HQ?

Some Teen and Master’s CrossFit Athletes have found themselves unfairly sidelined from the next round due to some abrupt changes from HQ.

Charlie Brown makes a run at the football, and only after throwing all of his might into the kick, does Lucy yank the ball out of the way, leaving Charlie Brown to careen through the air and onto his back.

It seems the 2015 CrossFit Games Open has done its fair share of this this season. Something tells me we’ll see more.

Pulling the Rug Out From Under Teens

When the teen division was first announced, the general consensus was that this was a really cool step forward, giving teens their own division to benchmark against others in their peer group. The initial announcement from CFHQ made it seem as though the teen division was limited to the Open, meaning, there was no advancement after this. So, would you rather be 150th in the adult division of your region or first in your teen division and crowned the winner? Neither go any further. Only one holds a title.

The announcement said this:

The winners of the teenage division will be crowned after the fifth and final week of the Open.

And then went on to say the following:

All athletes between 14 and 17 will automatically be entered into the teenage division. Teens who want to be in the running for regionals – as a team or individual competitor – must change their division by emailing [email protected] before the end of score submissions for Open Workout 15.1.

In other words, if you are a teen who thinks you have a shot at regionals and want to be in a division that has a second stage, you must take action and notify CFHQ.

So, a good number of teen athletes did just that. They emailed CFHQ and asked to be re-categorized into the adult division, effectively removing them from the presumed no-advancement teen division. Take the case of sixteen-year-old Kaela Zeitler, from Vancouver, British Columbia. Based on what the initial teen announcement said, she opted to take a run at the adult division because the teen division clearly had no advancement round.

Zeitler performed well – placing 144th in the Canada West region. She did all of the workouts prescribed and, while I suspect she didn’t expect to make it to regionals, I can only surmise what she must have been thinking: “I have two choices. One, go teen, which is highly scaled, and not advance, or two, go adult, do everything prescribed, and see how I perform.” It’s a natural choice for someone who is an up-and-comer and who will be making a move into the adult division in a year anyway. 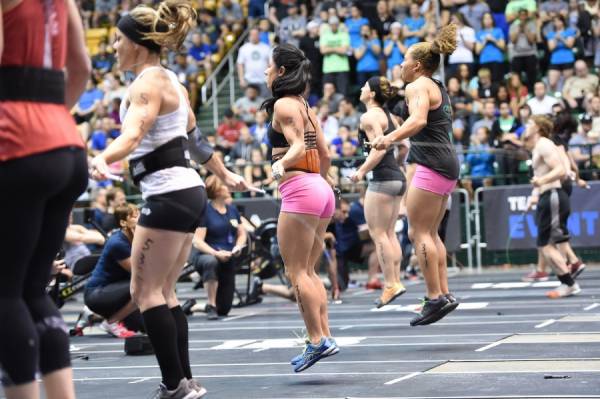 On April 4, CrossFit announced that the top ten teens in each division would advance to the CrossFit Games in July.

Wait – what? Where was this information before? I scoured the rulebook, which is silent on this new development. It has a single section devoted to the teen competition entitled The Open: Teenage Division. And the initial announcement did not address this possibility for advancement. In fact, everything in the announcement and all supporting documentation suggested that teens would not advance.

“Long story short, CrossFit is changing the rules mid-competition. As a result, a lot of athletes will not be moving on.“

This leaves Kaela, who most certainly would have qualified for the Games as a teen, standing by with nowhere to go. And before you are tempted to say, “But she chose the adult division,” I would remind you that she, and all of those teen athletes who opted to go adult, did so under false pretenses – that there were no CrossFit Games for teens.

All of this comes on the heels of a huge tectonic shift in the masters. Masters athletes who were targeting the masters qualifier were able to breathe a sigh of relief when they saw someone in their age division choose to do an Open workout scaled, because it meant that person was out of the running. This belief was based on the rulebook, which stated:

Athletes who select a scaled workout in the Open will not be eligible for advancement to the next stage of the competition as Individual competitors.

Seems simple enough, and fair. Going scaled means you’re not moving on. This means a lot to those athletes whose sole goal is to advance to the masters qualifying round who would rather not have a bunch of scaled athletes bunched up in front of them. 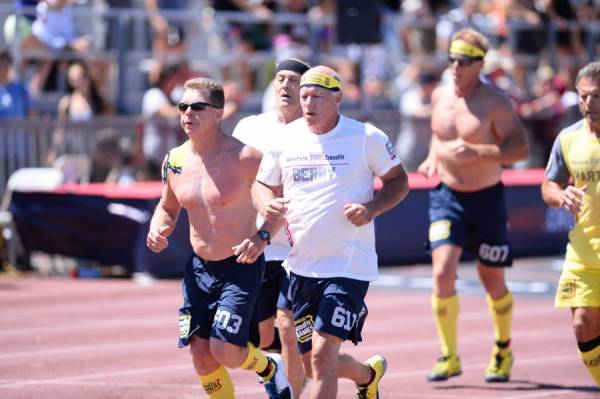 Then, right in the middle of the Open, CrossFit announced this:

Athletes in all Masters categories who choose to perform the scaled version of Workout 15.4, or previously chose to scale Workout 15.3, will still be eligible to advance to the Masters Qualifier.

Why the change? Was there some masters-level outrage at having to do handstand push ups? I didn’t see it. Were they afraid they wouldn’t have 200 from each division to backfill the slots?

Either way, it’s a sham, because those athletes who had a fantastic engine for 15.1, 15.2, and 15.5, but who couldn’t do a muscle up and went scaled should not be eligible to advance ahead of someone who may have done marginally well on all of the workouts but did them prescribed.

It leads CrossFit back to the same problem they were trying to avoid in the first place by placing muscle ups first: athletes at regionals or at the games with great engines but low skill and strength.

Make Up Your Minds

“It leads CrossFit back to the same problem they were trying to avoid in the first place by placing muscle ups first: athletes at regionals or at the games with great engines but low skill and strength.”

Long story short, CrossFit is changing the rules mid-competition. As a result, a lot of athletes will not be moving on. Perhaps, at the very least, CrossFit could provide some explanation as to why these type of shuffle-ball changes occur.

And don’t forget about the “full effort expected” fiasco on 15.1. Does the team that designs the competition think any of this through? Or are they more a “ready-fire-aim” squad? Either way – good grief.