Minimalist Training 2.0: The How and Why

This plan will keep you fit, strong, and healthy, while exposing you enough to movements that you won’t lose any abilities.

A good friend of mine, and very experienced coach, Mark Reifkind, often warns people not to get caught up in mindless variety. It’s the SAID priniciple at it’s most basic element. If we improve at the things we routinely do, then it makes sense to routinely do the things that give the most benefit.

Likewise, another friend of mine, and also a super experienced coach, Dan John, brought another great coach’s comment back to popularity. Dan Gable, one of the greatest athlete coaches ever, said, “If it’s important do it every day.”

One of the things to keep in mind when reading fitness advice is the perspective of the person who said it. You need to read the words through that person’s filter. In the case of Charles Poliquin, that means you need to think about working with elite strength and hypertrophy athletes. Compare that to someone like Ben Greenfield. While each is an advocate of strength, the kind of workout they deem appropriate is largely going to be determined by the audience they deal with. I doubt many triathletes could keep up with the strength programs used by Poliquin, and they certainly wouldn’t hit many of his strength standards.

In the case of Dan Gable’s quotation we need to keep in mind that he was dealing with elite-level wrestlers. For people who aren’t familiar with wrestling, it may be the greatest all-around test of athleticism in the world. It combines high levels of strength, power, stamina, coordination, flexibility, and agility. And despite their bouts being relatively short at six minutes total length, Gable had wrestlers run ten miles once per week to also build aerobic capacity. In other words, wrestlers address every single component of fitness every day. As much as they specialize in wrestling training, their total athletic needs are actually being met.

Contrast this with a typical gym patron who has seen the light and wants to reduce the random acts of variety from his program. How can we get what we need in a short workout?

What the Navy SEALs Know About Training

Let’s talk for a moment about Dr. Philip Rasch. He headed up the Naval Human Performance Laboratory at Quantico from its founding in the 1960s through the 1970s. He created workouts for the Marines, as well as the Navy’s UDT and early SEALs. He based his programs around a simple 70% concept. 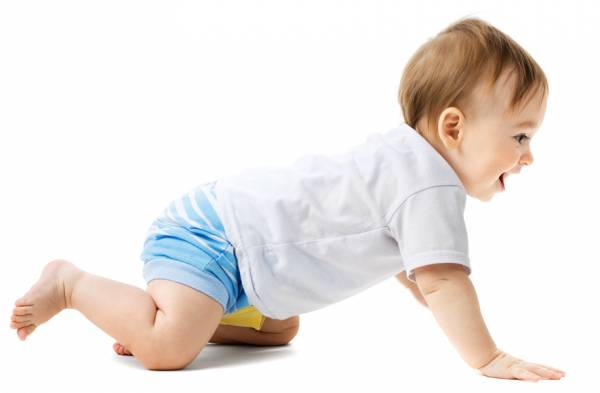 You could be forgiven for thinking at this point that all we need do then is some front squats and pull ups and we’d have achieved our goal. Perhaps, but that still doesn’t fill all the gaps, nor does it address the other 30% of the body. Let’s look at some of the gaps and then figure the whole plan.

Gap #1: The Push to Pull Ratio

We have three distinct leg patterns. We can work bilaterally, as in a squat, but we also have options with a staggered stance, as in lunges, and a single-leg stance, such as we use for running.

While 70% of our upper-body musculature may be used for pulling, we still have a lot of pushing muscles that need to be worked. Probably the biggest problem many have is that they seek balance in their program and try to match pulling and pushing exercises, one for one. But a better solution would be to do either two pulling sessions for every one pushing session (if on a typical three-day split program), or maybe even bump that to three-to-one if there are fewer restrictions on training frequency.

Similarly, while I know it has become sexy to train the deadlift more frequently than the squat, as a lower-body pull it might work better to train it only once per week, in the same two or three-to-one format we will use for the upper body.

Gap #2: The Danger of Losing Skills

One of the things that I notice more and more as I get older is that if I remove exercises from my training, then I struggle more when doing a wide variety of things. One of my basic premises for training is that my program should make me athletic enough to complete a Spartan Super with no special training. (This is my filter. If yours is to deadlift a world record, then today’s plan is not for you).

To do that I need to be able to run, climb, crawl, lift, pull, and swim, as well as perform a variety of athletic challenges involving grip strength, agility, and coordination. If I rely on only performing my minimalistic plan, then I will lose out on many of these, as I am simply not practicing these skills. 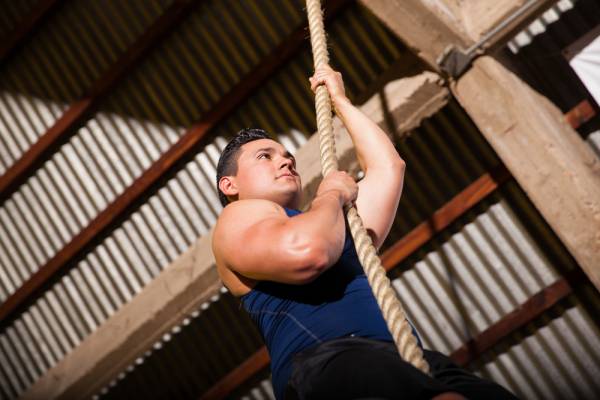 For the sake of this program, let’s schedule four days per week. Each day will focus on a different leg pattern (bilateral, split, or single leg) and a different pulling pattern (vertical, horizontal, or stabilizing). We will also include a day for lower-body pulls and upper-body pushes.

*Alternate horizontal presses such as bench presses with overhead pressing every four-week cycle.

Conditioning comes in two parts. The first is bodyweight circuits. Bodyweight training is a great way to round out athleticism and enhance your ability to move through space. 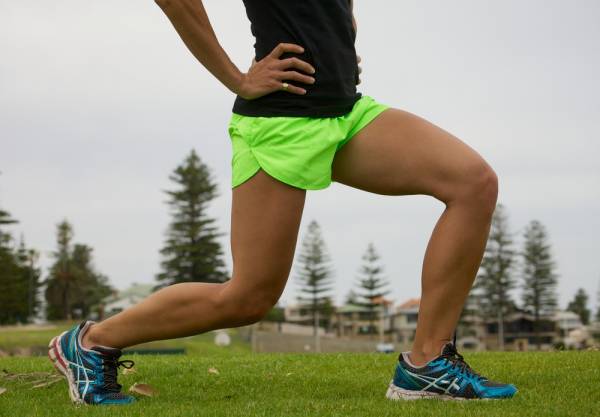 Pick four movements – an upper-body push and pull, a core exercise, and a lower-body movement. I suggest using elements included in that day’s strength training block. So, if you’re on Day 1, make sure to include bodyweight pull ups and squats in the conditioning. If on Day 3, push ups and back extensions are logical choices. Perform a circuit in EDT (escalating density training) fashion for twenty minutes. Use the same circuit on each training day for four weeks (so you’ll have four different circuits), attempting to beat your reps each week.

The second part of conditioning is performed either after the bodyweight circuits or separately later in the day. Just go for an easy run for anywhere from twenty to sixty minutes. An easy-to-follow method would be:

*If new to running please start with a sensible run/walk program.

If you want to do something on your three spare days I suggest walking and yoga.

The Value of Minimalist Training

This minimal plan will keep you fit, strong, and healthy, while exposing you enough to multiple movements that you won’t lose any abilities, as is common with most minimal plans. This is absolutely GPP and for the result I’m looking for – high levels of overall health, fitness, and strength – there is no need to specialize in one exercise over another.

Rather, there is a need to hit many different patterns during the week and address all energy pathways, too. The suppleness work on the recovery days will go a long way to boosting overall fitness, as well, as you’ll find that these days play an enormous role in keeping you healthy long term.