Being an MMA fighter leads to having a lot of interesting conversations. I remember clearly sitting my wife down (this was when we were still dating) and having a talk with her about what would transpire in the weeks leading to an upcoming fight. We covered the facts that I would be more stressed out than usual, would be coming home with lots of bumps and bruises, and would be losing a lot of weight. And of course, I mentioned I would be abstaining from our regularly scheduled “adult time” activities for the month and half prior to my fight. This part did not go over well.

I went on to explain that although there are different locker room and scientific views on the subject, I had personally found when it came time to walk down to the cage, despite being nervous, nauseous, and slightly terrified, having abstained from sex also had me feel like killing someone with my bare hands. This lent more towards winning than losing. Although it was made very clear to me that “Mama has needs,” I also explained to my wife that we could still technically have sex, I just wouldn’t be participating in the grand finale.

CrossFit Games competitor Matt Chan is also an advocate of refraining pre-competition and was quoted on the subject after last year’s games. In a video question and answer session, Chan said, “From what I understand, there’s something called ‘chi.’ You can’t give it away to everybody every day or else you lose your chi and all of a sudden everything falls apart. I hold on to my chi until the Games are over.”1

Matt Chan was not alone in his thoughts, anyone who grew up in the 1980s remember Rocky Balboa having it clearly laid out for him by the ever-wise Mickey, “Women weaken legs.” The real life Rocky Marciano was said to keep away from bedroom activities pre-fight, and he was the only heavyweight ever to retire undefeated. Coincidence?

So given the prevalence of this belief, let’s look at this subject from both an Eastern and Western perspective so you can make the individual decision of whether to gift your qi (sometimes spelled chi) or keep it to yourself prior to a big competition. I’m sorry to say I could not find a single study done on female athletic performance and sex, which is odd for a number of reasons but mostly because of the prevalence of women in both activities. So for the purposes of this article we’re going to pretend that Harry never lunched with Sally at Katz’s and male ejaculation is still considered the standard definition of “sex.”

Most people have heard the notion from fighters that “sex kills your legs” or “women weaken legs,” but is there any truth to the matter? A study by the University Hospital in Geneva found that “sexual activity had no detrimental influence on the maximal workload achieved and on the athletes’ mental concentration. However, the higher post effort HR [heart rate] values after the maximal stress test on the morning of sexual intercourse suggest that the recovery capacity of an athlete could be affected if he had sexual intercourse approximately 2 hours before a competition event.” (Note: the study was performed on male athletes.) Fortunately for most athletes I know, the two hours before big events are usually spent in and out of the bathroom evacuating everything but our sexual fluids.

Another study went on to say, “the results from a 1995 randomized cross-over study suggested that sexual intercourse 12 hours prior to the test had no significant effects on maximal aerobic power, oxygen pulse, or double product.” So, if modern Western science says there’s no danger in having sex before a competition, where does this notion of sex being bad for the legs come from? Is it simply a wives’ tale used to keep up-and-coming (no pun intended) athletes home at night and not out philandering until the wee hours of the morning with the fairer sex?

To get back to Matt Chan’s comments specifically, let’s look at Traditional Chinese Medicine’s view of qi with relation to sex. First, some basics. What the heck is qi? This is a great question and one that people significantly smarter than I am have been trying to put into layman’s terms for centuries. The best explanation I have heard is from fellow acupuncturist Tom Boldt. He said, “When you wake up in the morning and you feel like getting out of bed – you have qi. When you wake up in the morning and you don’t want to get out of bed – you don’t have enough qi.” 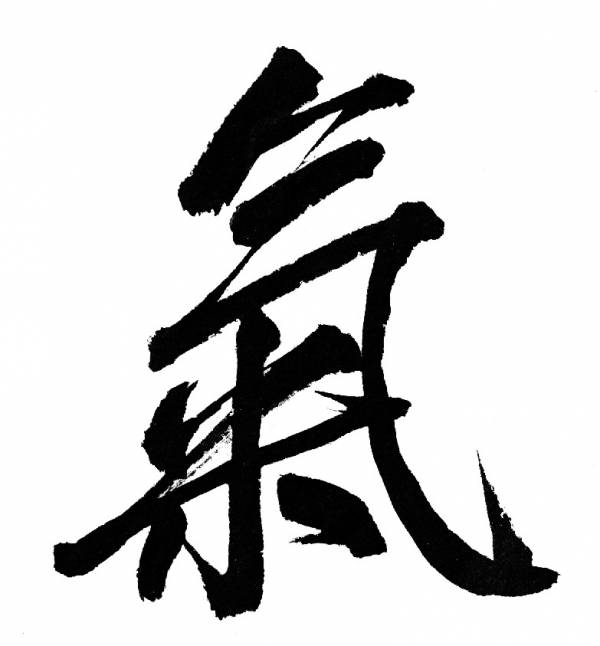 Pretty straightforward, if you ask me. Energy is the ethereal substance we all use to power our lives and we know when we’ve got more of it than less. I like to think of qi as a daily allowance of energy that we all get. When we rest, it builds up and we’ve got some extra for the next day. When we overspend today, we have to borrow from tomorrow’s amount and will soon find ourselves overdrawn, and most likely coming down with something or just flat-out tired.

This daily energy deposit of qi comes to us from our savings accounts of jing. In Traditional Chinese Medicine, jing is the term used for the overall amount of root energy that we come into the world with. This energy is passed on to us by our parents and when you hear the statement, “He comes from good stock,” it is a hearty supply of jing that is being spoken of. When we run out of jing, then we also run out of time on Earth – so use both wisely. Lastly, jing contains a different quality to it than qi. Jing is considered richer, bolder, and more powerful. Think gold in comparison to cash. One gets you a cab ride n New York. The other backs the entire currency of nations.

Since sperm contains the seed of life, it is ripe with jing and therefore one of the many reasons that Taoist masters recommended keeping it to ourselves. Therefore, it makes sense that ejaculation is not only a release of qi but also a release of jing. Not only are we spending some of our daily cash, but we’re also dipping a bit into the savings account passing on some of the higher quality loot.

Classic Chinese texts give us sexual frequency guidelines in regards to health, but do not touch as much on sex and the proximity to athletic endeavors. However, the texts do demonstrate concerns around frequency when it involves too much of something leading to a negative outcome. Since Traditional Chinese Medicine is generally conservative with their view on the release of any precious substances, I think it’s safe to extrapolate that they’d be of the same view as old Mickey. They’d just word it in a more poetic manner. 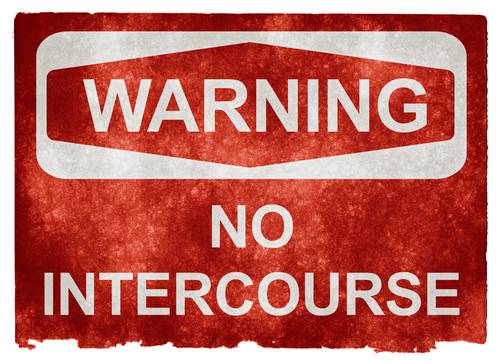 As both an athletic trainer and a Traditional Chinese Medicine practitioner, I’d personally say you’re pretty safe knocking boots with your significant other the night before a competition. If having sex leaves you so lacking qi and feeling adversely affected in your athletic performance the next day, then there’s more than likely a larger problem with your health and conditioning. Like all human performance aspects, it’s also safe to defer to common sense and a little fun self-experimentation. There’s nothing stopping any serious athlete from taking note in their training log as to their perceived energy levels (on a scale of one to ten) on workout days both post- and sans coitus. (Hopefully more post than sans. Get some.)

Plus, there are more than adequate studies correlating a good night’s sleep to an enhanced athletic performance – and nothing puts this author to sleep faster than grabbing the Mrs. and attempting to make up for the six weeks we missed a few years back.