One Nation, Malnourished: Take Control and Change the Future

It’s time for us to make an effort to stop the vicious cycle of teen (and adult) obesity and encourage the future of our nation to take stock in themselves and their health.

An estimated 97 million adults in the United States (55% of the population) are overweight or obese. The American Public Health Association has stated that nine million children between the ages of six and nineteen are overweight. The proportion of children who are overweight has tripled since 1980 according to this study (based on studies using BMI). Even if these statistics were dramatically off by as much as 50% the figures would still be staggering and unacceptable.

I find it challenging at times to convey what I consider to be a healthy approach to nutrition because of all the “authorities” and “diet experts” circulating among the American population. More diet gurus have come and gone and have come back again to suggest that you “Stop the Insanity” and “Deal a Meal” yourself to a better body. Personally, I can’t imagine buying prepackaged food and being told what to eat or running out of points and not being allowed to eat. Better yet, how about having extra points left over and being told its okay to eat that big piece of chocolate cake and not to worry?

It seems that almost every diet propagated amongst friends, co-workers, and the media all seems to work to some extent as far as weight lose is concerned. (Well, for a while anyway.) But the focus should not just be on weight loss. It should be on losing excess body fat and improving health. This is where many dietary recommendations miss the boat and fail miserably at providing a life long approach to eating. It’s my contention that people need to focus on achieving a favorable level of health through proper nutrition and exercise.

“If we could give every individual the right amount of nourishment and exercise, not too little and not too much, we would have found the safest way to health.” – Hippocrates

Your Health at Risk

With all the diets out there, why are we as a nation still seeing a majority of people carrying excess body fat and suffering from stressed immune systems, heart disease (the number one killer in America), stroke (number three killer), elevated cholesterol levels, hypertension, and other self-imposed diseases? Why are there still unsuccessful attempts at losing this unwanted body weight and fat? Why are we still so unhealthy? Most diet plans are short term in nature, whereby the individual sees some weight loss in the beginning and once he or she goes back to what is deemed as “normal eating” they then tend to yo-yo or rebound. Essentially they gain the weight back that they lost and on most occasions go above the weight they started at.

Inevitably most people find themselves back to their previous – standing in line at their favorite fast food eateries (I just can’t use the term restaurant when referring to fast foods) with the hopes of maintaining their weight loss while returning to old routines. What most people fail to realize is that not only are they consuming way too many calories eating these unhealthy foods, but that most of what they eat provides little in the way of nutritional value. Your body needs to consume nutrient-dense foods daily to assist in fighting diseases. Ignoring these facts and having the opinion that “it won’t happen to me” increases the possibilities of acquiring a disease due to poor eating habits and lack of consistent exercise.

For example, let’s take a look at an average American meal at from McDonald’s that consists of a Big Mac, an order of small fries, and a vanilla shake to wash it down. Based on the nutritional information on the McDonald’s website, this meal consists of the following:

That’s 55g of fat, 161g of carbohydrates, 39g of protein, and a grand total of 1,310 calories. And this does not include any additional calories consumed by adding condiments to the meal. 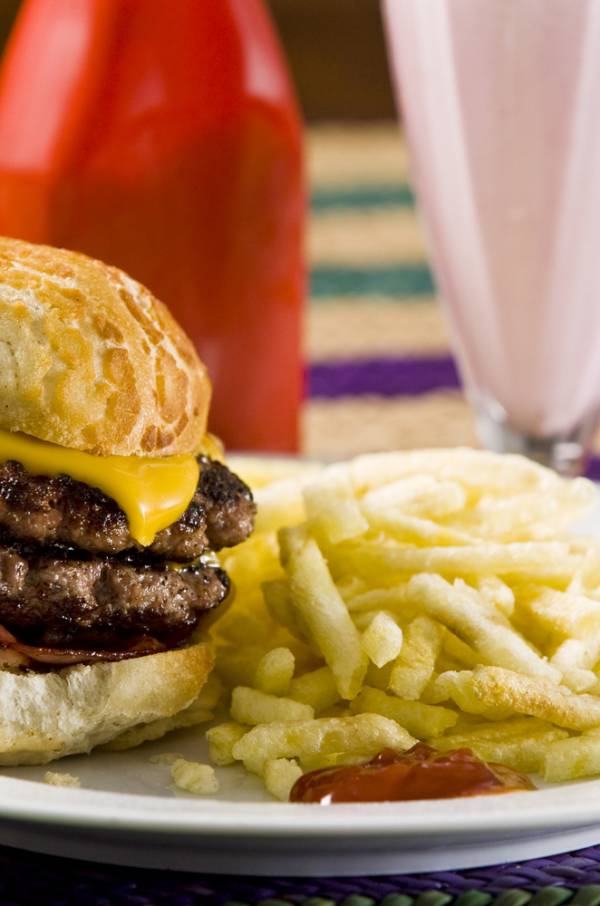 If you are one who frequents McDonald’s or their equivalent, hopefully you are sitting back in your seat and thinking, “Wow! Do I eat that many empty calories at one time? Do I consume that much fat?” (Which by the way totaled over 20 grams of saturated fat.) But remember, eating healthy means more than just not eating junk. It means consuming nutrient dense foods daily.

Eating well comes down to some fundamental principles and implementation. Eating wholesome foods and structuring a sound eating plan doesn’t revolve around meetings or the need to be afraid of fats, nor do you need to join the anti-carb committee to achieve positive results. You need guidance, time, patience, and dedication to make it happen. You have the ability to make a permanent change that will benefit you for life and you need to start by becoming educated about what are healthy food choices for you and your family.

And Don’t Forget the Kids

With frequent social engagements, fast food establishments on every block, the Internet, TV, a lack of a healthy awareness, and a host of distracting activities, it’s no wonder the youth of this country is battling obesity. Researchers at the University of North Carolina in Chapel Hill compared trends in calorie intake, obesity, and physical activity for students from twelve to nineteen years of age over a twenty-year period. The study showed the caloric intake of these individuals has not deviated much at all, but physical activity has dropped significantly. The statistics show that only 29% of young people today participate in at least thirty minutes of exercise, compared to 42% back in 1980.

These figures are staggering and with the lack of enthusiasm from today’s teens along with the sedentary adult population, this number will only become increasingly more devastating. This ought to raise concerns for the parents of these teens (and the teens themselves) that will hopefully have them take stock in the fact that their health needs to be addressed. This problem can be countered by undergoing a regimen of daily physical activity along with an attention to proper nutritional habits. 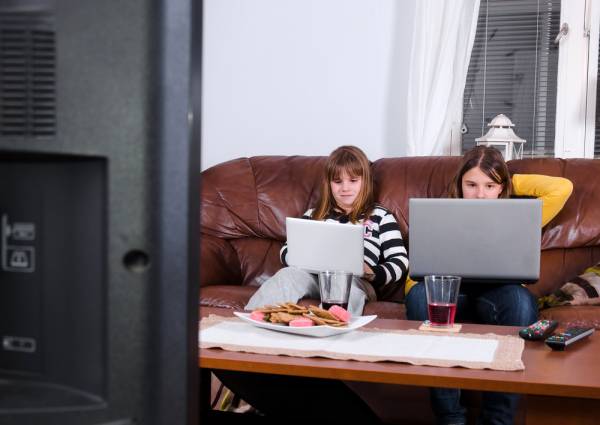 According to the National Institutes of Health, 280,000 adult deaths each year in the United States are related to obesity. Remember, today’s youth becomes tomorrows adult, and people who are overweight or obese have an increased health risk for chronic diseases like diabetes, high blood pressure, kidney disease, stroke, and heart disease.

It’s time for us to make an effort to stop the vicious cycle of teen (and adult) obesity and encourage the future of our nation to take stock in themselves and their health. Those of you who are the parents of these children must lead by example, encourage your children (obese or not) to partake in daily physical activity, eat a healthy diet and make a pledge to each other to work together to succeed at your goal.