Pregnancy poses a challenge for research, but there are plenty of studies out there supporting the benefits of exercise.

Pregnancy poses a unique challenge for scientific studies. As noted in an article in Women’s Health Issues, pregnant women are often excluded from scientific trials and studies due to the complexities of pregnancy and the increased risks to mother and baby (not to mention higher liability).

Every so often I like to brush up on the research on prenatal fitness, but at times the results are dismal. So I was pleased to discover many new studies that explore the benefits of prenatal exercise during my latest research geek-out. Here are a few of the newest findings. All the studies referenced are free to read, so be sure to check them out in detail.

Summary: A randomized controlled study published in AOGS followed eighty women during weeks 14-25 of their pregnancy. The women in the intervention group engaged in moderate to vigorous intensity resistance training exercises for sixty minutes on two days per week. The women in the control group received standard exercise recommendations as well as a visit to a physiotherapist.

The Takeaway: There were some limitations to the research, including small sample size and a high drop-out rate. But overall it’s a good study to have in your pocket when you hear claims that resistance training is bad for pregnant women. While this particular study didn’t hit the ball out of the park in terms of proving a benefit, the results strongly suggest that resistance training is not harmful.

And one other interesting finding: the babies whose mothers participated in the weight training program had a lower (but healthy) birth weight than the babies from the non-weight training group. So it seems weight lifting won’t make babies bulky, either.

Compared to the pre-pregnancy period, the prevalence of physical activity among participants was lower throughout pregnancy (20.1%) (p = 0.01). Half of the women interrupted practicing physical exercise due to pregnancy. The lowest prevalence of exercise was observed in the first (13.6%) and third trimesters (13.4%). Less than half of women received exercise guidance during prenatal care meetings (47.4%). Walking was the most commonly reported exercise, followed by water aerobics. Factors positively associated with exercise practice were higher educational level primiparity, exercising before pregnancy, and exercise guidance during prenatal care.

The Takeaway: Less than half the women involved in this study received exercise guidance during prenatal visits. In my experience after having three children, exercise is something you have to bring up with your medical provider. If you have questions about what kind of workouts are safe for your pregnancy, don’t wait for your care provider to initiate the conversation, because he or she probably won’t.

Would the women have been more likely to continue exercising during pregnancy if they had received guidance from their doctor? We can’t answer that question based on these results. Maybe they stopped exercising because it was uncomfortable or because they didn’t know if it was safe. But this study is still a helpful snapshot of two trends birth workers and prenatal trainers should be aware of: 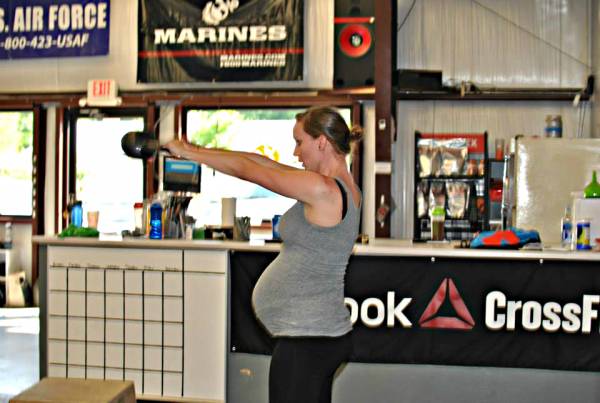 3. You Need More Than Exercise

Summary: This study in the International Journal of Behavioral Nutrition and Physical Activity  analyzed the movement patterns of 46 women in weeks 18 and 35 of their pregnancies (the second and third trimester, respectively). The study’s objective was to quantify physical activity and sedentary behavior during pregnancy. The researchers also wanted to determine whether women who exercised more were less sedentary than women who did not exercise.

This study demonstrates that pregnant women spend the majority of their day in sedentary behavior (SB). Significant reductions in total activity across pregnancy may be attributed in part to shifts in light physical activity (PA) and increased SB. Based on the lifestyle of our sample, regardless of meeting PA guidelines in mid-pregnancy, no significant difference exists in time spent in SB, however meeting PA recommendations in late pregnancy may reduce SB. Future interventions should target reducing SB by increasing light and moderate PA beyond volitional exercise.

The Takeaway: Exercising during pregnancy is a worthy and admirable thing. But don’t stop there. Regular movement can be far more effective at reducing aches and pains and improving mental wellbeing than working out for an hour three to five times a week. Don’t underestimate the little things.

Summary: Taking the time for meditation, prayer, or simply sitting in a quiet space where you can collect yourself is crucial for handling the ups and downs of pregnancy. This randomized controlled trial published in Advances in Preventive Medicine suggests it’s also good for baby.

59 women with high-risk pregnancies were put in two groups. The intervention group received one-hour yoga sessions three times per week. The yoga sessions contained postures, breathing practices, and visualization. The control group received standard care and also participated in a walking program. The intervention began in the twelfth week of gestation and continued until week 28.

The result of this randomized controlled trial of yoga in high-risk pregnancy has shown that yogic visualization and guided imagery can significantly reduce the impedance in the uteroplacental and fetoplacental circulation. This pilot data can be used to power larger studies to confirm these results and elaborate on the mechanism of action.

The Takeaway: The sample size in this study was small, but the results show promise. And as the researchers noted, this study also makes a strong case for additional studies in the future with larger sample sizes and more comprehensive parameters. 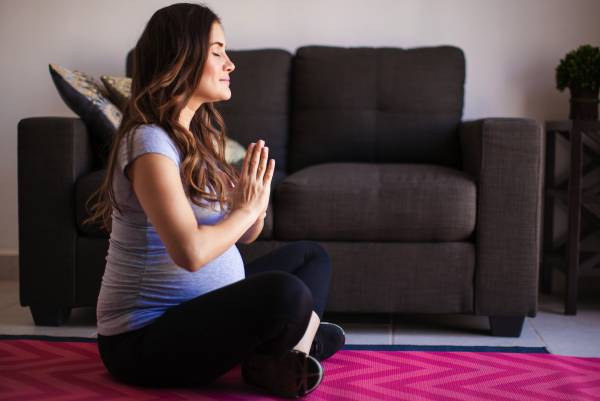 In summary, these four studies support the following:

I love seeing the emerging research on exercise and pregnancy. If you know of any other studies, share your links in the comments below!