After you relax, center your mind, visualize the lift, ground your body, and charge up your lungs, you are ready to lift. During that lift you have one other process to consider – discharging.

Continuing my comments on Edward W.L. Smith’s Not Just Pumping Iron, we come to the final stage of the psyching up process. After you have relaxed, centered your mind, visualized the lift, grounded your body, and charged up your lungs, you then make the lift, or at least attempt to. During that lift you have one other process to consider. This is known as discharging.

Discharging is a seemingly minor task compared to the lifting of a heavy weight, but it is important. The sole function will be to now discharge the energy built up during the lift. You built that energy up when you got centered and charged and during the lift. You got into that lifting zone, which is a very different zone from your everyday life zone. You are now all hyper and you make the attempt. All that remains is to discharge your energy. This is not done after the lift is completed as you might imagine. In actuality it is done during the lift, albeit at the end.

What Discharging Is and When It Should Happen

Each discharge will have a certain force. That force can be roughly equated to the amount of weight lifted, reflecting your muscular strength and the prior level of charge. The bigger the weight, the bigger the charge, and then the bigger the discharge. The discharge is sort of a mirror image of the charging process. It is done while you are focused on being centered and grounded.

Maximal muscular effort is matched by a maximal forceful thoracic exhalation. The trick is in timing the rate of discharge. You should not exhale too quickly. If that happens you will not have any stabilizing breath in the lungs while trying to complete the lift. (Try that with a spotter sometime just to see what that feels like.) You can’t do the Val>salva or retain the maximum level of effort while trying to re-inhale the next breath. For that reason, the heavy lift is usually started with the breath held after a huge thoracic inhalation.

With short duration lifts like the snatch, your breath may be held until the barbell is locked out, and then you can exhale forcibly. In the clean and jerk, you will often have to recharge after the clean. During the jerk you can again discharge at the completion of the lift. Do not discharge before this point as your Valsalva will collapse and with it often the weight as well. You need the stability.

For multi-joint, full body lifts that take longer like the power lifts things get dicier. If discharge occurs too late there is the danger of getting dizzy or even blacking out. This can be dangerous, even with spotters and especially in the gym where you may meet other iron objects on your way to the floor. On the other hand, if you discharge too early you will again lose your stability as with the Olympic lifts. Compromise is the key here. So the optimal time for discharge begins not at the end but during the lift – but not just any part of the middle. Instead discharge must be timed such that its completion does not precede the lift’s movement through the sticking point of the lift. Too soon and you will power out. Too late and you may black out. Do it when you are safely past the sticking point.

The Myth of the Exhale 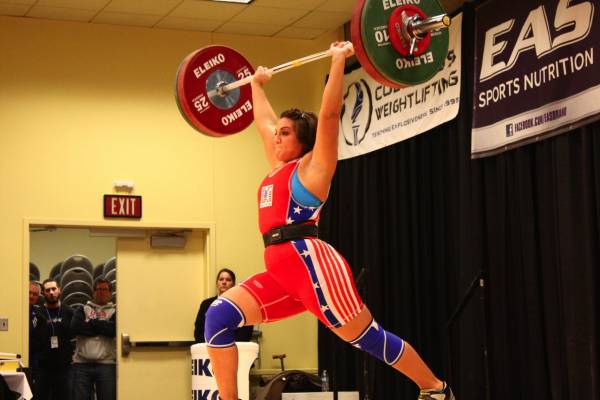 In performing single joint lifts, the practice is often to exhale during the effort phase of the exercise. Since more moderate weights and higher reps are usually used in such exercises, it isn’t usually necessary to hold your breath. Valsalva maneuvers are not needed then. Sometimes, however, as you approach the end of a set you may need to hold your breath for the first part of your last reps.

We are sometimes told by various persons in the exercise field that you should always exhale on all efforts. Again, this would be acceptable in exercises where a lot of body rigidity is not of prime importance. This can occur in a number of small exercises, the arm exercises, or especially upper body movements. In those cases the lifter can inhale again during the lift if needed without disturbing the rhythm of the exercise to any great degree.

But if you are doing the competitive lifts, whether Olympic or power or any other similar high energy and body involvement lifts, then you better get your breathing down proper, especially the breath holding and exhalation part. The body must be rigid for most of the high effort part of the lift. Only after the sticking point has been crossed is it safe to discharge a little bit. And when you are discharging, don’t be afraid to put your heart and soul into it. The bigger the lift, the more intra-thoracic energy there will be, and therefore the more forceful the discharging will be. Once your discharging is complete, it is usually time to lower the barbell. You will feel a lot of relief at that point and you can recover to pre-lift homeostasis with normal breathing.

The Big Picture of Psyching Up

You should still be centered at the time of discharge. You will not have any distractions or uncertainty about the task. The final discharge can be thought of as the culmination of your commitment, so put all of your precise and concentrated energy into the lift. The lifter can be seen as a living energy system whose tasks are to charge, ground, and discharge, all in a state of extreme centeredness. 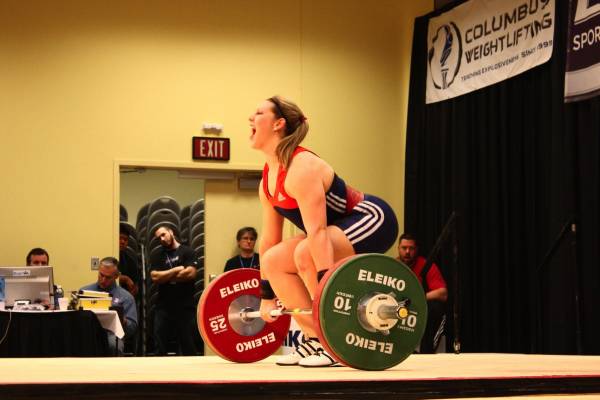 Now you should be much more aware of the basics of psyching up. There is a process to it. It is not just an exercise in acting like some sort of demented mystic. Whatever its process though, it is necessary if you are going to lift at peak performance levels. Just try to think back on how your first lifts felt. Probably loose, too heavy and with little focus – and your poundages showed that. No compare that to how you lift now, even if, or especially if, you aren’t much stronger today.

One final word: There are many gyms where high-energy charging and discharging is frowned upon. These gems generally cater to the “I just want to tone up” type of clientele. This market segment will often not appreciate the rituals needed for making a heavy lift. That is because no heavy lifts are ever made in such a gym and when they do see big lifts it’s quite shocking to them. If this is your experience, it may be time to move on. Your progress should take precedence over the social or sentimental aspects of staying in a certain gym. If psyching helps your lifting now, you are becoming a real lifter. If your gym frowns on your psyching noises, it is time to change gyms. You now need a real gym, not a “wellness center.”