Watching fellow lifters perform can be problematic. Get used to being watched, but don’t watch too many failures.

Most people involved in the sport of weightlifting, whether they are athletes, coaches, officials, or administrators, like to watch other lifters perform. That is how we get inspired and that is how we learn.

However, this practice is not an unalloyed positive with every athlete. One area where watching fellow lifters perform can be problematic is when the event has started but the athlete has not yet competed. This is especially true in the time just before they are scheduled to compete.

The Role of the Competing Lifter

In those cases, many athletes do not wish to watch other lifters on the competition platform. This is because most competition lifts have only about a fifty percent chance of being successful. If a lifter watches a hundred lifts, about fifty of them are going to be failures. As the lifter is getting closer and closer to his or her time to compete, all of these failures can play havoc with the mind.

And remember that as the competition progresses more and more of the lifts are second and third attempts, where the chances of success are even less than on the earlier ones. The internal power of suggestion is very high, and unfortunately it seems to work so much better with misses than it does with successes. This is especially true for athletes with lower anxiety thresholds.

The Role of the Non-Competing Lifter

It should be noted that most team officials insist that the other non-competing athletes be in the audience when their fellow team members are lifting on the platform. This is a great team morale builder and lets the athlete know that he has people in his corner cheering him on. This is especially true when lifting on the road when few other people in the audience are cheering the athlete on specifically. However, due to the anxiety factor this practice is often not followed for everyone.

Anxiety potential is the reason many coaches and team leaders excuse their athlete from viewing their fellow lifters platform attempts prior to the athlete’s own lifting. In a long competition stretched out over several days, this indulgence may not always apply to the entire competition, but only to the day prior to the one on which the athlete is scheduled to compete. 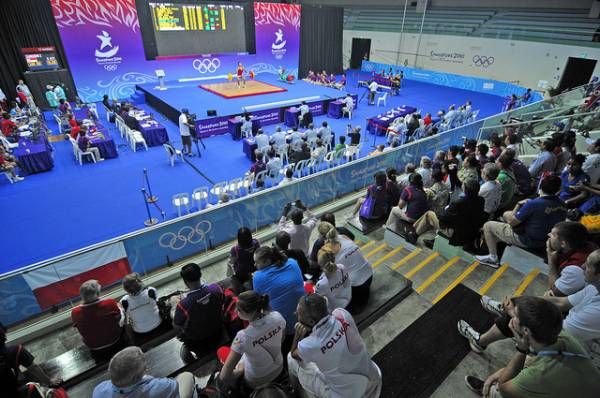 The Role of the Coach

That said, most coaches insist on the non-competing athletes forming a cheering section. It is considered very unsportsmanlike to take off and do your own thing while your teammates are still competing. And while it is bad enough that teammates do this, it is many times worse when a coach pulls this trick. This is sometimes encountered when a certain coach is there because he or she has some athletes on the team. Some coaches seem to think that once those athletes are finished that they are then relieved of any further coaching duties.

With the club or association paying the freight, it should be understood that coaches are there to coach everyone, not just their pet athletes. I have seen this happen several times and it does little to stimulate greater team morale. Sport etiquette demands much more of people. This is one area where weightlifting is a team activity despite its individualistic character.

The Dual Role of Teammates

I remember my own experience as a young lifter having to watch a large number of lifts just before I had to start my own warm up. This was in the days when we had very few officials available. I had to referee right up to the time I was scheduled myself. To boot, we had an especially trying day. I saw a long parade of misses when everyone was seemingly having a triple-low in their biorhythms. I not only watched this, but I had to adjudicate them properly as well. There was even one lifter who experienced a bad elbow injury. This made things much worse as I started to worry about my lock-out and elbow problems. I ended up doing terribly as my attempted psych-up only had me watching misses and injuries in my dynamic visualization. That one experience prompted me to help us search for more referee recruits. 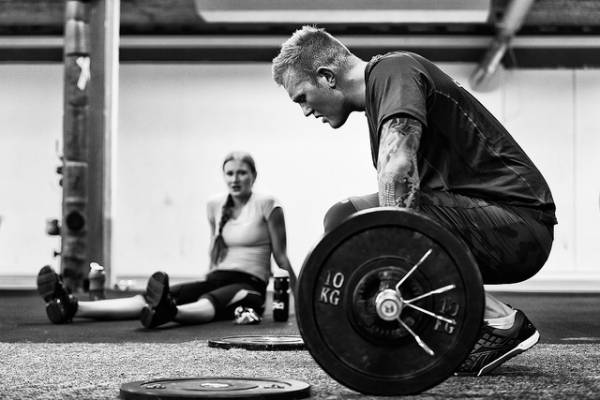 The Role of the Opposing Coach

This watching question can be turned 180 degrees as well. While you can watch a lifter perform on the platform or the warm-up room, he or she can also watch you. The question that arises occasionally with coaches and athletes is whether an athlete’s lifting should be observed by opposing coaches or athletes. In those cases the lifter has no choice. People are going to watch him or her and there is nothing he or she can do about it.

Things get more controversial at major events where the training hall might be set up. There, coaches are very interested in watching opposing athletes train in order to gather intelligence. But those same coaches will object strenuously if their athlete is singled out for such attention. This is maddening to any student of ethics, but both gambits are part of the game, and always have been. The subject of this sort of observation must realize that it all comes with the territory. You just have to get used to it.

Once again it seems it is the more anxiety prone athletes who are most bothered by being observed. At the other end of the scale, I once knew a lifter who was quite the barbell exhibitionist. He loved to set up his platform right in front of his opponent’s. He would then always lift two-and-a-half kilos more than his opponent, lift for lift. It often worked, as evidenced by the final score.