I am a sucker for the Winter Olympics. I am an avid snowboarder myself, and I love to watch the ski and snowboard events. So now that the winter Olympics are over, what was the biggest thing I noticed at Sochi? I noticed many individuals not competing for their country of birth or even ethnic origin. Most of these athletes had only recently (within two to five years) received their citizenship in the country they represented.

I am a sucker for the Winter Olympics. I am an avid snowboarder myself, and I love to watch the ski and snowboard events. So now that the winter Olympics are over, what was the biggest thing I noticed at Sochi? I noticed many individuals not competing for their country of birth or even ethnic origin. Most of these athletes had only recently (within two to five years) received their citizenship in the country they represented. Some were loud about the reasons why they left their homes countries – reasons such as revenge, money, and a better chance for Olympic gold.

During the Olympics this story had the biggest impact on me as I, myself, am half Korean. Viktor Ahn was born in South Korea as Ahn Hyun-Soo. Ahn originally skated for South Korea in the 2006 Winter Olympics in Turin, winning three gold medals for the country in short-track speed skating. Ahn became a hero in his country of birth.

As with any sport, injuries do happen, and Ahn suffered through various injuries that cost him his spot to compete for South Korea in the 2010 Winter Olympics in Vancouver. His time in the limelight was over in South Korea and his stardom turned out to be short lived. Upset with his country, specifically the South Korean Short-Track Speed Skating Federation, but still wanting to compete, Ahn began to shop his services to other countries. That is when Russia entered the picture.

Prior to the Sochi Winter Olympics, Russia had never won a speed skating medal in the history of the games. Ahn was fully funded and housed to train year-around, then two years ago given full citizenship. Ahn Hyun-Soo changed his name to Viktor Ahn. Viktor meaning, “He who conquers.” He went on to win Russia their first medals in speed skating – specifically three gold medals and an Olympic record at the expense of South Korea. He shot to stardom in his new country of Russia, back on top as he had been in South Korea.

Vic Wild’s story differs, as he was not in search of revenge – but of love and funding. Wild was born in White Salmon, Washington, and just three years ago made Moscow, Russia his permanent home. Part of the reason he left for Russia was to marry his longtime girlfriend, Alena Zavarzina, bronze medalist in the parallel slalom (she is also an alpine snowboarder). 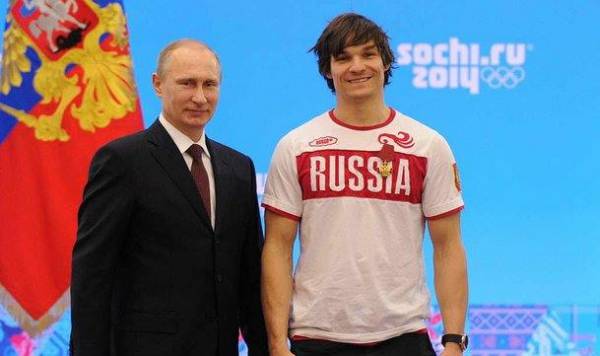 Wild was becoming frustrated trying to find spots with random teams at world cup events and trying to get by financially when the United States alpine snowboarding team dissolved completely. To give you perspective, the U.S. Ski and Snowboard Association had around 21.4 million dollars in funding in 2012, but only allocated $150,000 to the alpine snowboarding team. This is not get-rich money. This is money for basic needs for the sport, and snowboarding can get quite costly when you consider you have to buy lift tickets, equipment, winter gear, coaching, and other incidentals. If you divvy this money up between several people, it would be very difficult to get proper training.

Wild considered retiring from the sport after the team dissolved, but opportunity knocked in Russia when he married Alena Zavarzina. Russia fully funded Wild to train year-around, and paid for proper coaches and sports medicine physicians. He finally had the country and team that he needed – and couldn’t seem to find in the United States. His development in the sport skyrocketed. He went on to win two gold medals for Russia and helped put Russia in the lead over the United States in the medal count.

Is it Okay to Switch Citizenship Just for Olympic Gold?

These two stories are not two isolated incidents. This type of thing happened in many countries in many events – athletes changing citizenship to a different country for the sake of the sport and Olympic medals. Yes, people move all the time and change citizenship. But it begs the question for many when it comes to the Olympics. Is it okay for someone to leave their country for no other reason than to have a better chance at winning Olympic medals? 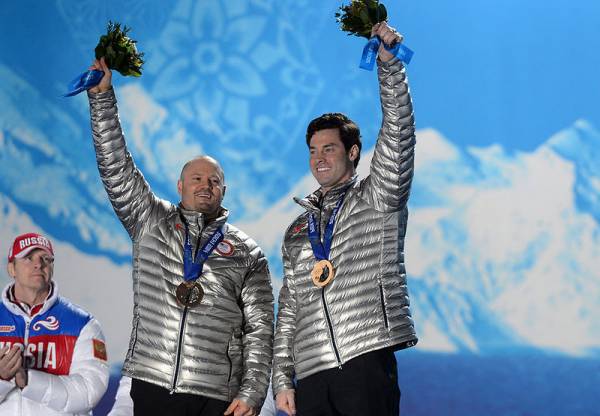 To me, it’s almost a back-alley deal when people move countries for the sake of their sport. And what if it continues and turns into something wide open like NFL draft picks? The Olympics are supposed to be about national pride and bringing countries together. For a nanosecond in time, there are no politics and this gives countries a chance to come together as one, pushing their country to reach that podium. When citizen scream out their country’s name in unison, they feel that pride. After the Olympics are over, things go back as they were, back to the politics and what isn’t going right in any given country.

When I watched Viktor Ahn win his gold, it felt weird for me. As someone who is half Korean and spent much of my life there, I felt it was a slap in the face to South Korea. They were the ones to originally train him and nurture him in the sport. His living conditions in South Korea were not bad, and there were no human rights violations, Ahn left South Korea just for the Olympics.

It’s a slippery slope getting citizenship just for the sake for the Olympics. If a particular athlete is not getting enough money here in the United States, it could be an easy option for that person to move to a different country and reach stardom. If this trend continues, then for me, it would seem that the Olympics loses its purpose.

What is your opinion? Do you think its okay to change citizenship for the Olympics? Do you encourage it? Post your thought to the comments below.