Soldier Suicide and Memorial WODs: We Can Do More

Becky Sefscik was a veteran of the U.S. Navy who suffered from PTSD and committed suicide. What can we do to prevent this in the future?

On August 31, 2015, Becky Sefscik took her own life. Becky was a former United States Navy shipmate, and a coach at CrossFit The Tracks in Erlanger, Kentucky. She was a friend to many, a sister, and a daughter.

The Reality of PTSD

Everyone handles grief in their own way. Death is uncomfortable for many people to talk about, especially when it hits so close to home. When the cause of death is suicide, it becomes even more uncomfortable.

“Doing a WOD in someone’s honor is too easy if you do nothing to further the cause. What are you going to do tomorrow to save a life?”

And while a world-wide memorial WOD was created to honor Becky, what saddens me is the opportunity to honor her memory more fully is going unrealized. The chance to cast a light on mental illness, specifically Post-Traumatic Stress Disorder (PTSD), from which some writings have suggested Becky suffered, in order to pay forward the possibility to prevent future suicides.

Educate yourself about PTSD, especially in female veterans, and how devastating it can be.

For example, by using language that blunts the true impact of the event, we are putting the cause further back into the shadows. The social media posts suggesting that Becky “passed away” betray the chaotic, agony-laced din that drowns out rational thought replaying over and over in the victim’s head. Those who take their own lives do not go quietly. You do not honor Becky by softening the blow with language reserved for the infirm. Becky killed herself. Let’s talk about that.

“The only way to become conversant in the recognition treatment and prevention of veteran suicide is to be willing to speak the language.”

I appreciate the worldwide CrossFit community coming together to do a memorial WOD in her honor. But my challenge to those of you doing the WOD is this – what are you going to do tomorrow about mental illness, PTSD awareness, and suicide prevention?

What Will You Do When the WOD Is Over?

There is a great scene in the movie Collateral where the Vincent (Tom Cruise) is rather dismayed at Max (Jamie Foxx). Cruise has just thrown a man out a window to his death and a visibly shaken Foxx wants to know why:

Vincent: Max, six billion people on the planet, you’re getting bent out of shape cause of one fat guy.

Vincent: What do you care? Have you ever heard of Rwanda?

Vincent: Well, tens of thousands killed before sundown. Nobody’s killed people that fast since Nagasaki and Hiroshima. Did you bat an eye, Max?

Vincent: Did you join Amnesty International, Oxfam, Save the Whales, Greenpeace, or something? No. I off one fat Angelino and you throw a hissy fit.

While I applaud the hundreds, maybe thousands of people who came together over last weekend to do a WOD in memory of Becky, how are you really honoring her? We see the news and we decry hunger, famine, revolt, refugee crises, and war, but what are we doing about it? We turn off the TV and life is good again. We may even rub a little salve on our chaffed skin by tossing a few dollars here or there. Then we go back to posting our selfies, pictures of our latte art, and discount codes on products for which we are shilling.

“A WOD is just your daily routine. Do more. Honor her by saving a life.”

Doing a WOD in someone’s honor is too easy if you do nothing to further the cause. What are you going to do tomorrow to save a life?

Say It Out Loud

So few people could even say the word suicide, let alone do something about it. I wonder if Becky’s death will simply become a date on a calendar that many of us scarcely recall.

I said earlier, the reason many of us do precious little is because we don’t like to look at the reality of the situation. The suicide rate for female veterans is disproportionately high as compared to those of males. In the civilian world, the female suicide rate is dwarfed by that of men, but for military veterans, it’s almost exactly the same. 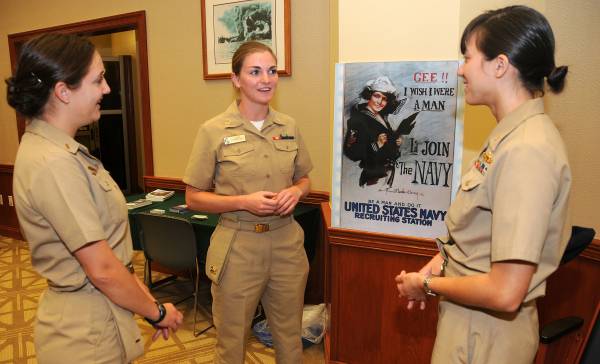 The suicide rate for female veterans is disproportionately high as compared to those of males.

Start by being bold enough to say it out loud. The only way to become conversant in the recognition treatment and prevention of veteran suicide is to be willing to speak the language. Becky was a veteran of the United States Navy who suffered from PTSD and committed suicide. Tiptoeing around that information helps no one. Yes, she was a strong, courageous, fun-loving, spirited young lady. She was a fantastic coach and a great friend. But we need to talk about what killed her and then do more.

We Need to Do More

My challenge to you – honor Becky Sefscik by doing more.

Will any of us be called to action here? I have to hand it to John Walsh. His son was murdered in 1981 and he dedicated the rest of his life to putting criminals behind bars, including lobbying Congress, getting laws passed, and hosting his own show. Another great example – the term “AMBER Alert” came to be because Amber Hagerman’s parents took decisive action in not only creating an alert system for missing children, but also a nationwide registry of sex offenders.

A WOD is just your daily routine. Do more. Honor her by saving a life. Get in touch with Stop Soldier Suicide and create an event that raises money and awareness. Educate yourself about PTSD, especially in female veterans, and how devastating it can be. Then do something more – anything – to help prevent someone else from taking their own life.

“Those who take their own lives do not go quietly. You do not honor Becky by softening the blow with language reserved for the infirm.”

To those of you who did the memorial WOD – as you read this your breath has returned, the soreness has ebbed, and you’ve gone about your daily life of kids, bills, training, school, and routine. And, at this very moment, someone else you know is silently coping with the stress of PTSD and, quite possibly, suicide.

So, what are you going to do about this tomorrow?