Stop Playing Through Pain: How to Safeguard Youth Athletes

Some people might applaud the concept of playing a sport through pain and injury. I am not one of them.

Some people might applaud the concept of playing a sport through pain and injury, considering it to be “hardcore.” As parents, coaches, trainers, and young athletes, where do we draw the line with injuries?

In an article written by Jan Brogan called, Athletes Play Through Pain at Their Own Peril, Celtics chief medical officer, Brian P. McKeon, was interviewed. McKeon stated that, “Part of what makes an athlete an athlete is the ability to play through pain.” I respectfully, but absolutely and vehemently, disagree with this statement.

I was recently working with a young client who told me about his latest baseball tournament. The big news was not how he played or whether or not his team had won or lost. The big news was about the injury that happened to one of his teammates. The child’s teammate (and notice, we’re talking about children here) had been complaining of shoulder pain for the last three months, every time he threw the baseball. The parent fully acknowledged the child’s shoulder pain, yet took him to every practice and every game.

During this three-month period, the boy continued to practice and to play ball. He was not taken to a medical professional, nor was he even referred to one. The coaches were also aware of the child’s pain, yet allowed him to continue practicing and playing in tournaments, all with the parent’s permission.

During one of the tournaments, the child fielded a ground ball to centerfield and attempted to make the throw to home plate. In doing so, the child tore his labrum. How did everyone find out about the torn labrum? Because the parent finally took the child to the orthopedic surgeon, who diagnosed the tear. 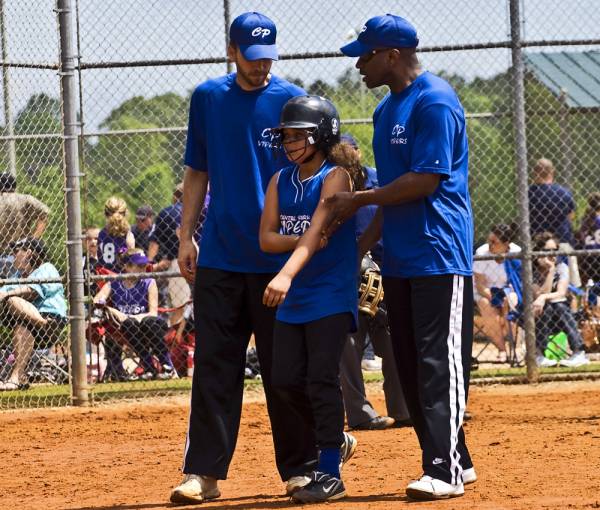 Hearing this story, I was struck by the ability and responsibility of parents, coaches, and trainers to prevent injuries. I was also frustrated by their lack of action and responsibility. There are too many benefits of playing youth sports to enumerate here, and I don’t argue that. I acknowledge that when athletes play hard and train hard, they are at greater risk of injury. But why would you put a young and injured athlete in a vulnerable position to play when he or she is already injured?

Here are a few of my own recommendations for parents, coaches, and young athletes.

What Parents Can Do

As a parent, the onus is on you to safeguard your child’s health, safety, and wellbeing from avoidable injuries and unsafe and irresponsible practices. You have a right to question coaches and trainers when it comes to your child’s health, safety, and well-being. If you are afraid that the coach will not play your child if you question his or her training methods, then you might need to find a new coach. If you are afraid to tell the coach your child needs to rest or recover from a potential injury, for fear of the coach’s reaction, then he or she is the wrong coach for your child.

Parents have the right to know a coach’s credentials and experience levels. According to to a report by Safe Kids, a global nonprofit advocacy group dedicated to preventing childhood accidents, “Many sports injuries are preventable, but continue to occur because of misconceptions about sports safety, uninformed behaviors by parents, coaches, and youth athletes, and a lack of training.”

In 2012, Safe Kids combined the results of separate nationwide online surveys regarding sports safety training. Of the surveyed 750 parents, 92% relied on coaches to keep their kids safe, with only two out of five parents (38%) knowing how much sports injury prevention training their child’s coach had. If you have concerns or questions about the training methods a coach or trainer is using for your child, you not only have a right to ask, but you have a responsibility and an obligation to your child to do so.

What Coaches Can Do

By virtue of the fact that you are a coach or a trainer, there is an implied trust, by parent and athlete, that you have more knowledge and experience in the sport than the average person. Along with this implied trust, coaches and trainers have a responsibility not only to the athlete, but also to the parent, to conduct safe practices, to offer a safe training environment, and to safeguard the athlete from preventable injuries.

Given the age and experience level of a youth athlete, there are many times when a child cannot discern between soreness from working out and an actual injury. However, it is incumbent upon coaches and trainers to listen and act accordingly when a child complains of an injury. 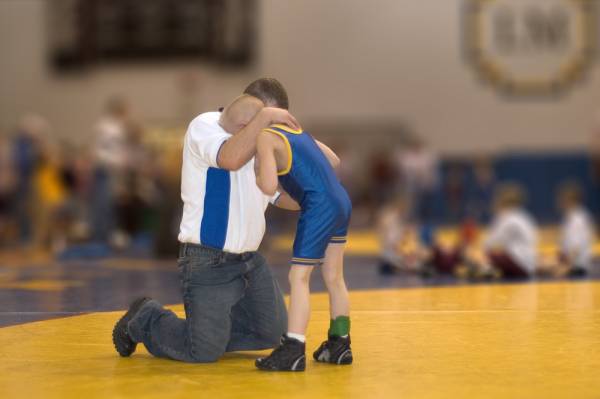 What happens when the parent continues to push an injured child to play or to practice? As in the opening example of the ballplayer, coaches are often pressured to play injured children. Safe Kids reports that out of 752 coaches nationwide, almost half of the coaches reported being pressured, most notably by parents (but sometimes the child), to play an injured child during a game.

William Levine, orthopedic surgeon and head team physician at Columbia University, and chairman of the steering committee for STOP Sports Injuries, voiced his agreement in the Boston Globe interview:

While soreness and muscle ache are part of athletics, playing through serious pain is never a good idea. Certainly not for student athletes, not for weekend warriors. Even in professional sports, it’s almost never a good idea.

Regardless of the outside pressure they may receive, it is the obligation of the coach or trainer to protect the child’s safety.

What Young Athletes Can Do

If we recall the opening example of the injured ball player, what consideration, if any, was given to the child? The youth athlete also has an obligation to safeguard his or her health, safety, and wellbeing. But this is a very difficult situation to put a child in. Social pressures from teammates and peers and pressure from family and coaches often dictate what an athlete does, and it’s harder for young athletes to take charge of their own wellbeing.

There’s a machismo to sports, whether you’re male or female. It’s most often seen in professional sports, where they are celebrated for being warriors and champions, for doing everything they can to stay on the field and play.

This message filters down to parents and children, and children wind up practicing and playing with injuries. But the onus is on us, as parents, coaches, and trainers to safeguard the athletes in our care, especially young athletes who are more vulnerable and easily influenced by social pressure. Coaches and trainers have the additional experience and knowledge of a sport. By virtue of this knowledge, it is absolutely our responsibility and obligation to have the health, safety, and wellbeing of each child at the heart of all we do, every time.