The Science and Substance Behind Your Emotional Eating

Why do we reach for certain foods during times of anguish? The answer lies in our endorphins.

We have all seen this scenario on our favorite primetime TV sitcom. Girl breaks up with boyfriend and sits on the sofa eating a pint of ice cream. Many people can relate to this same situation in their own lives. I know I can. Why do we reach for certain foods during times of emotional anguish? The answer lies in our endorphins.

Our endorphins are neurotransmitters that help us deal with physical and emotional pain. When runners remark that they run to feel the “runner’s high,” they are experiencing endorphins. The feel-good feeling after exercise is caused by endorphins, and stories of military veterans being shot and not even knowing it are due to our endorphins, as well. Without our endorphins every little emotional and physical bump in the road would be catastrophic.

These neurotransmitters are also known as opioid peptides, and they are produced by the central nervous system and the pituitary glands. Drugs such as morphine and heroine act upon these pathways to elicit their numbing feeling. Foods can also elicit a response from these same mechanisms.

The Science and Substances Behind Our Food Cravings

How this response mechanism works is not entirely understood, but we do know that opioid peptides play a strong role in food intake. Studies have suggested that alterations in opioid peptide activity leads to increased food cravings.1 We can examine this theory by breaking down the scenario of the girl breaking up with her boyfriend in the TV sitcom. She goes through an emotional event that alters her opioid peptide activity. This then induces food cravings. When we crave food do we crave kale or do we crave something more palatable such as ice cream and sweets?

It does not just take an emotional life event to alter our endorphins. Sleep deprivation can do that for us. How many of you get seven to nine hours of uninterrupted sleep a night in a completely blacked out room? As a society we are chronically sleep deprived. Loss of rapid eye movement (REM) stage in sleep pattern increases our beta-endorphins.2 Beta-endorphins rise during sleep to help us stay asleep and also possibly to provide us with protection in a disadvantageous state.3 Therefore, an inadequate sleep cycle could be the driving force of your food cravings. 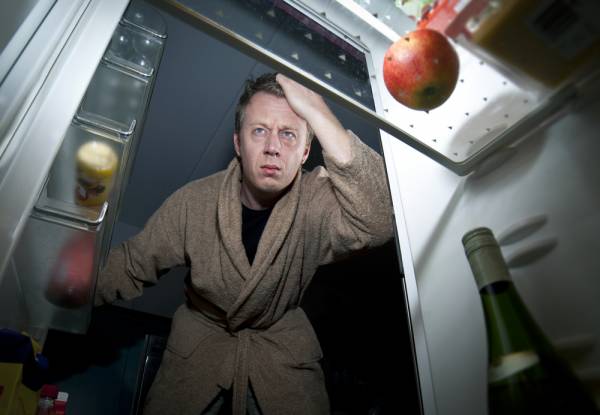 When we get a prolonged elevated response of any hormone or neurotransmitter in the body the cells down regulate and desensitize to it. The same can happen with our endorphins. According to Dr. Kenneth Blum’s Reward Deficiency Syndrome any substance or activity that balances out our biochemistry will cause us to become addicted to it. If we develop endorphin resistance, there may be enough in our system, but the cells are not hearing their signal. Our body will then think we are low in endorphins. We eat a bowl of ice cream or a sweet snack and we become addicted to that food. Studies have shown that sugar has “opiate-like” effects on our brains that are similar to the effects of heroin and morphine.4 Just like with drugs, we eat that high-sugar meal, get that high, and we become addicted.

We can develop endorphin resistance from eating too much sugar since the high-sugar meal increases endorphin levels the same way that drugs do. We desensitize to their signal due to the high levels and we are hooked. The first foods we introduce to babies are grains and dairy. Grains and dairy both elicit a response from our opioid peptides.5,6

Our endorphins also play a major role in our stress response. Not only do they help with physical and emotional pain during stress, but they also release our stored fat into the blood for usable energy. If we develop resistance to our endorphins, then our fat cells will not hear the message to release stored fat. Our body will then produce more endorphins to get the response it needs. Over time this can lead to our entire opioid peptide activity being decreased leading to increased cravings.

Also, during times of stress, our sympathetic nervous system decreases leptin levels.7 Leptin is our major satiety and fat storage hormone. Low leptin levels tells our body to keep eating and keep storing fat. This leads to a scenario where we can have chronically low leptin levels and chronically high endorphin levels. This sets up a scenario to be really good at overeating and storing fat, and really bad at releasing that fat. Ever watch your caloric intake and exercised, but could not lose weight or even gained weight? This is the likely scenario for you. 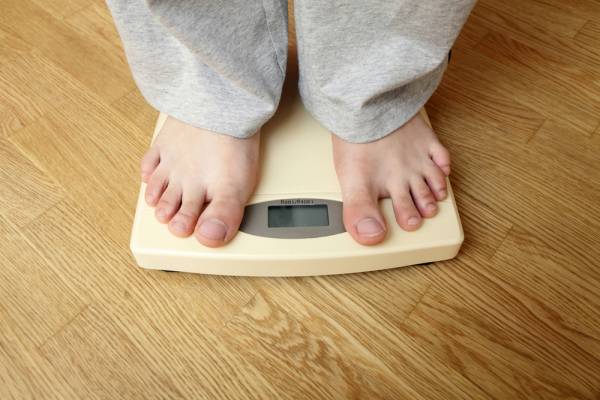 How to Curtail Food Cravings

I hope in reading this you realize there are a number of different mechanisms that can negatively affect our food cravings. Sleep, stress, and high sugar diets can all play a role in us gaining weight. In order to control our cravings and in turn our health we need to make sure we are getting seven to nine hours of uninterrupted sleep a night in a completely blacked out room, manage our stress, and eat real foods. The more positive lifestyle behaviors we take part in the better off we will be.

2. Przewlocka, B., et.al., “Deprivation of REM sleep in the rat and the opioid peptides beta-endorphin and dynorphin.” Neuroscience Letters (1986). Retrieved on May 10, 2014.

5. Fukudome S., and Yoshikawa, M., “Opioid peptides derived from wheat gluten: Their isolation and characterization.” FEBS Letters (1992). Retrieved on May 10, 2014.

6. Fiat, AM., et.al., “Biologically Active Peptides from Milk Proteins with Emphasis on Two Examples Concerning Antithrombotic and Immunomodulating Activities.” Journal of Dairy Science (1993). Retrieved on May 10, 2014.