If we could master turning our healthy goals into ironclad habits – habit defined as “a learned process that generates automatic responses to contextual cues” – we might just achieve the pinnacle of health.

A recent study in the International Journal of Behavioral Nutrition and Physical Activity, the first of its kind, investigated a habit-forming model to improve diet. 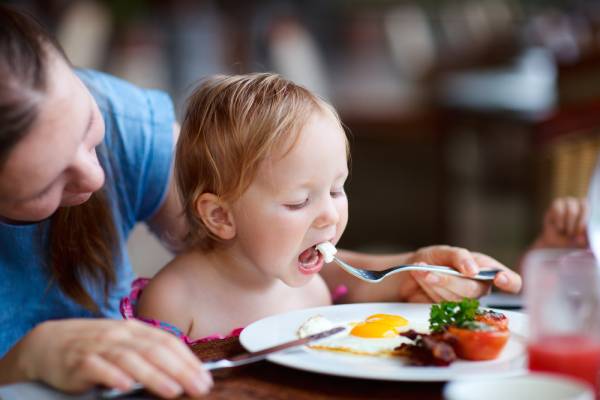 In the habit-forming model, you first choose a behavior you wish to enforce. Once the behavior is chosen, you then execute it during a specific event or at a specific time of day. The basic idea is to practice the behavior until it becomes an impulse that doesn’t require much thought to execute.

During four, hour-long home visits, which were separated by two weeks each, researchers discussed habit-enforcing processes with 57 parents. The parents were trying to enforce new dietary habits with their children, in three different categories. The parents chose one category to pursue in each of the first three visits. The categories were:

For each visit, the parents picked one goal they wanted to focus on. So, for example, in the healthy drinks category, the parents would get to pick any goal they had in mind to improve the consumption of healthy beverages for their child, like providing a glass of water after school. The parents were given a tick sheet to count how often they completed the chosen behaviors and how it felt.

RELATED: The Best Tactics for Teaching Your Kids to Eat Well

The researchers studied many aspects of the goal-setting process and how it related to forming new habits. Here are some of the factors they considered when they analyzed the goals set by the parents:

RELATED: Use Your Inner Coach to Set SMART Goals

The model of habit formation used in this study was easy for the participants to use. Despite many of the goals being sub-optimal according to the standards listed above, the quality of the goal didn’t seem to have much effect on the strength of the habit formation.

The researchers found that it took about two weeks for the habits to sink in, during which time they saw rapid improvement, and afterward, a gradual improvement with time. So for new habit creation, make your goals specific and give them your all for at least two weeks before moving on to the next habit.

1. Benjamin Gardner, et. al, “Putting habit into practice, and practice into habit: a process evaluation and exploration of the acceptability of a habit-based dietary behavior change intervention,” International Journal of Behavioral Nutrition and Physical Activity 2014, 11:135