Why Do You Do That? A Primer on Motivation and Goal-Setting

Human behavior is a funny thing. So often our goals are detached from reality. How do we align the two?

The first step in working with a client is to figure out what they want and why they want it. The “what do you want” question usually has a pretty straightforward answer. The second question – why? – can be harder to answer.

In The Science and Psychology of Motivation for Athletes, Amber Larsen delves into the nuts and bolts of motivation. And I mean that literally. As Amber notes, “Scientists believe the hypothalamus provides the physical basis for pleasure in humans, which plays a large part in motivation.” The hypothalamus is part of the limbic system, which controls other areas of consciousness like memory and emotion.

But aside from these physiological similarities, motivation can be hard to pin down, because we’re all motivated by different things. For some people, motivation is intrinsically related to setting a goal and sticking to it. Amber provides some helpful insights for coaches who work with people who are hard to motivate:

The Role of Goal Setting

But what about those clients who enthusiastically set goals, start out on the road to attain them, and putter out after a week or two? An initial reaction might be to say their goal was too lofty, but as Nick Horton notes in his article, If Your Goals Don’t Scare You, They’re Not Big Enough, it might actually be that they’re not ambitious enough. Nick advises setting two types of goals: a big, scary, long-term goal and a series of smaller, short-term goals to get you there. Nick explains:

Stories have beginnings, they have endings, but most of them also have middles. Your goal setting should be the same. You have your over-the-top big goal. You have your daily/weekly embarrassingly small goals. But you also need to have medium-term goals. As you might expect, these goals should be set somewhere between the sky and the dirt.

Of course, goals are not the same thing as motivation. You can type out pages of goals and plans, but without motivation it doesn’t mean anything. To be successful in sport and life, you have to eventually move beyond the goal-setting paradigm. 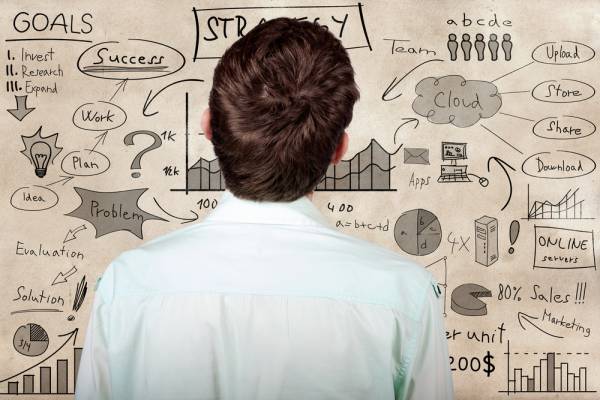 Graeme Turner discusses the limitations of goal-setting in his article, Why Successful People Don’t Set Goals and You Shouldn’t Either. Graeme describes how setting goals can actually be too much of a limiting factor for certain personalities.

Imagine again if for our four-hour runner a 3:30 marathon was never realistic anyway based on time until the event and available training time? Had he focused on improvement over the goal, he may have run 3:39, which is still a huge personal best.Instead he “missed” his goal and is disappointed or, worse still, is injured from trying to push for an unrealistic goal and can’t run the marathon at all. This is also common in business where specific goals lead to people cheating or producing poor quality output so as purely to tick the box of meeting the goal.

In the same vein, author Winslow Jenkins discusses the need for vision in his article, Why Are You Eating That Way? How to Be a Visionary About Your Nutrition. Winslow describes vision as a positive driving force:

“Unlike a goal, which requires you to write a plan that includes demotivating check-in points along the way and fails to inspire, a vision almost creates a plan for you and pulls you along every step of the way. Instead of telling you that you’re a failure for falling behind, the way a goal does, a vision congratulates you for another day of good behavior.”

As athletes, coaches, and people it can be helpful to take a step back every once and awhile to ask why we do what we do. What is the bigger narrative that informs your steps along the way? As Logan Christopher notes in his article, Meta Programs: How to Adjust Your Thinking for Better Results, “By knowing how your mind works, you can better see when and where you need to make changes. When you identify the frames that drive your behavior, then you can find those that hold you back and better utilize those that get you results.”