Imagination isn’t just for playing dress up. It applies to our training, too.

Training being mental makes for a nice buzz phrase, and while it’s probably nowhere near accurate, the idea is that what happens in your head is extremely relevant to what happens when you move your body.

I agree – mental stuff is important and it’s helpful to train it. But of the hundreds or maybe thousands of mental training methods, there’s one that seldom gets the spotlight and I want to draw attention to. This article is for you if you want to have more fun in training, add intensity to your exercise, or add context to your practice.

I’m sure you’ve guessed what the method is by now. If not, here’s a clue.

A Question for You

Let me begin by asking you a question:

What’s the difference between a five-year-old, a fifteen-year-old, and a fifty-year-old running?

Assuming there is no life-threatening circumstance going on to inspire the running, I would suggest a major difference between the three people is imagination. The fifty-year-old usually runs for exercise. The fifteen-year-old runs across the soccer field. But the five-year-old? She is likely running from monsters, robot lions, or Master Shredder and the Foot Clan. 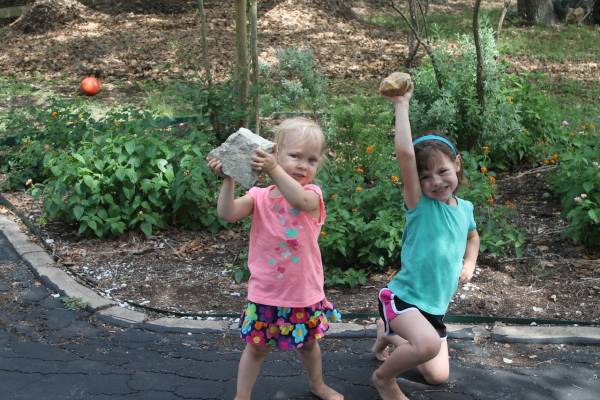 One more question: What happens if a forty-year-old borrows a five-year-old’s brain? Here’s one of my favorite skateboarders, Daewon Song, having some fun with his skating. That is what happens when an adult uses his imagination and some chalk to make his sport more fun and interesting.

As adults, there is a sense we should always be serious about our training, and there are plenty of reasons to be serious in a lot of circumstances. But I also think there is room for playfulness. I am not saying we should picture ninjas attacking while we swing a kettlebell (though maybe that’s not such a bad idea). What I do suggest is by pretending there is something more going on, we can enhance our training and sometimes make it more enjoyable.

To make this practical, I’ll use running as an example. I play a few games when I run:

Doing these things helps me practice my running form in a broader variety of ways than simply running straight on a flat surface. These games help develop agility, combine running and jumping, involve running at different paces, and add the element of different intentions. 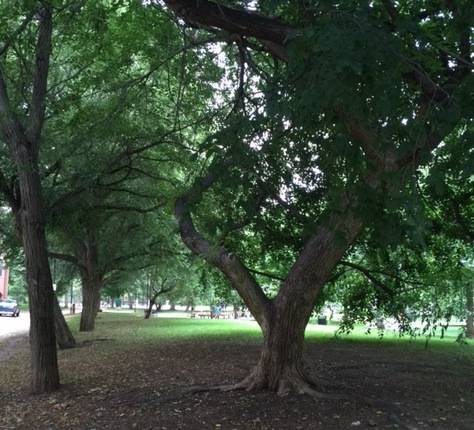 Ninjas lurking behind each tree?

Those are more playful examples of how I use imagination as a tool, but there are more straightforward ways that I do this, as well. I’ll use my Brazilian jiu jitsu training as an example.

If I am getting ready for a competition, I imagine my practice matches are tournament matches. Round one on the practice mat is my first match in the competition. Rounds two, three, and four would be my next matches, complete with referees, points, the sounds of the crowd, and other elements that mimic the event as closely as possible. I try to imagine the full context, complete with smells, sights, and sounds. This is a basic competition visualization practice you can read about in any sport psychology book.

“Whether it’s imagining yourself in a competition or dodging ninja stars on your next run, try adding some context to your practice.”

If I am grappling with a self-defense, striking, or MMA focus, I imagine my opponent hitting me while I am grappling. This forces me to modify and reconsider the positions and techniques I use while grappling to deal with punches, kicks, head butts, biting, and other elements that might be present if I was using my grappling in a dangerous situation, without the downside of actually getting punched or bitten by my training partners. Sometimes I imagine myself grappling in a different context, like on a concrete sidewalk or on the dusty floor of a dive bar. Both situations again change the actions and choices I make.

Bringing my opponent up or down. When I grapple with people more skillful than me, I imagine they are still good, but less experienced and skilled than me. This gives me more confidence with the techniques I use and makes me hesitate less when trying to apply them. If I go into the match overly worried about my opponent’s skill, then I am grappling two people instead of one – myself plus the other person. By “defanging” my opponents, I get out of my own way. 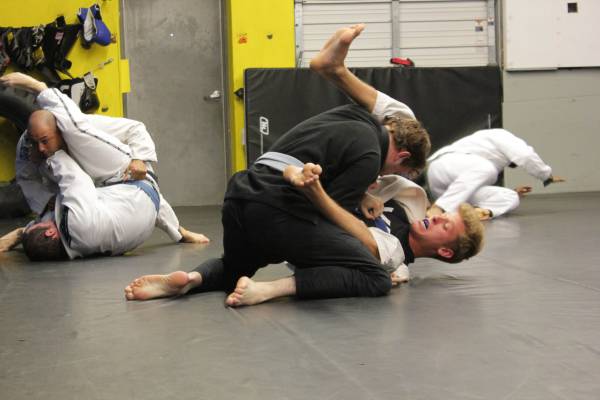 Using your imagination on the mat keeps you sharp and increases your confidence.

When I am rolling with a person who is of a lower skill level than me, often I pretend he is the perfect opponent – someone who will jump at the chance to take advantage of my slightest mistake. This line of thinking keeps me sharp and prevents me from getting too lazy and making mistakes without caring because my partner isn’t skillful enough yet to make me pay for it. If you imagine your opponent as a high-level grappler, then you will be super sharp and aware of the costs of every action you make.

“As adults, there is a sense we should always be serious about our training, and there are plenty of reasons to be serious in a lot of circumstances. But I also think there is room for playfulness.”

This third point is something I also use outside of grappling in other sports and aspects of my life. If I’m bouldering, I imagine that any mistake I make will result in me plummeting to my doom, or at least falling and busting a leg. In social circumstances, if I’m spouting off about some new thing I learned about exercise science, I imagine I’m talking to someone highly educated in the field who will call B.S. on any mistake or poorly thought out idea I speak. This helps add pressure and urgency to my practice, and it also keeps me honest about what I do and do not know.

My challenge to you is to try and add a dose of imagination to your next training session. Think like a kid! Whether it’s imagining yourself in a competition or dodging ninja stars on your next run, try adding some context to your practice. I’m sure you will have a lot more fun and on those days where you don’t want to do anything, maybe you will find yourself more motivated to train.