This week – a look at individuals getting teams qualified for the Games and the fact that CrossFit is the only sports that allows do-overs.

Lest there be any confusion, this four-part series about the CrossFit Games Open is not about what happens in Carson. The “cream always rises” camp is quick to point out that regardless of what arguments I advance, Rich Froning and Sam Briggs would have still won the CrossFit Games. I agree. But as I said, this is not about them. Or the top ten, thirty, or even fifty individuals or teams in the world.

This series is about the other 135,000-plus who are trying to advance. It’s about a level playing field for all, from 14.1 through the end of the 2014 Regionals. It’s about those masters who have precious few slots to try to capture and who sometimes get nudged out by a system that isn’t geared toward parity. It’s for those just above, on, and just below, the bubble.

There is a bizarre loophole in the CrossFit Games Open that allows this granola-mix of people to all contribute scores to a team and then choose to not be on the team at all. A person who belongs to a CrossFit box registers for the Open and then selects his or her box as the affiliate they represent. Each week, the top six scores (three men, three women) are used to tally that week’s total score for that workout.

If I am even a casual participant who has no intention of competing on the team and gets lucky with 14.1 and I knock it out of the park, my score may well contribute to my team’s score. More vexing though, are those individuals who play for the team in the Open, but then go on to Regionals as individuals.

Here’s the problem: Let’s say you have CrossFit Martinsville that is a young box with some solid athletes who perform well but miss the cut for regionals by one spot. Just above them is CrossFit West Toledo who qualified at #30 largely on the strength of two female athletes also qualified as individuals. Those two females then choose to compete at Regionals as individuals, not as part of their team.

What happens? Team West Toledo is now left with their #3, #4, and #5 female. And at Regionals, CrossFit Martinsville stands outside the fence watching dumbstruck, as West Toledo’s B-team fails to meet the basic standards of the first day’s workout and is disqualified.

In fact, there were dozens of teams in 2013 that failed to make it past the third workout at their respective regionals. And probably in almost everycase, you will find that members of the team who assisted that team in qualifying for regionals then went on to compete as individuals.

So why should a team full of people who effectively had nothing to do with getting that team to regionals be permitted to compete at regionals? That makes zero sense. Seriously, I am inviting anyone from CrossFit HQ to explain the logic here. And the logic would necessarily need to explain why sub-par teams are competing at a regional level when better teams are merely spectators. In fact, it certainly makes for a poorer show. Who wants to see a team stand there and fail muscle up after muscle up and then not advance?

The solution is simple. You must declare prior to the Open whether you are planning on competing a part of a team or as an individual. Teams will then be required to qualify for regionals on the strength of the team, and ostensibly, the team that goes to regional competition is the team that qualified.

Similarly, if you declare as an individual and you fail to qualify but your box’s team does, that’s just too bad. You can’t make the switch to team. This keeps both the team and the individual categories pure, makes the competition much stronger all around, and guarantees that the teams and individuals who should be at regionals are in fact, at regionals.

There is no sport or contest at large, that I know of, that allows multiple attempts at the same qualifying effort. Hell, even on American Idol, when a would-be singer who has botched his or her song begs for a second attempt, more often than not, Simon would deny the request. 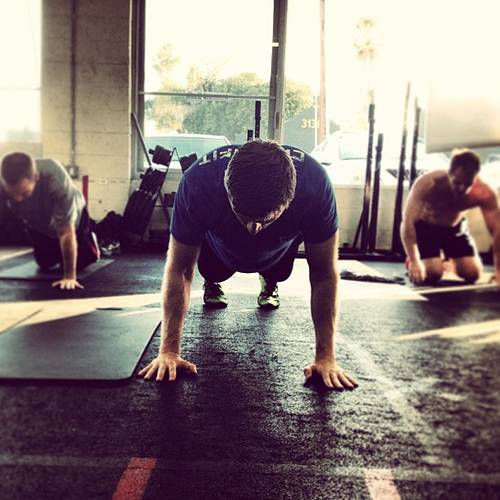 In fact, there is no CrossFit competition that I have ever heard of, locally or nationally, that allows a do-over if you are unhappy with your score – other than the Open. In your local box throwdown, after you finish a workout, you will often employ your twenty/twenty hindsight strategizing – i.e. “I should not have tried to go unbroken on those wall balls” or “I think singles would actually be faster on the cleans.” This kind of didactic reflection would, by default, confer an advantage. So why are we given the chance to learn and adjust, and perform a workout again?

Don’t get me wrong – I redid four out of the five 2013 workouts and improved by a number of reps on three of them. Had I not chosen to step up and down on 13.2 on the second attempt and improved my score by over fifty reps, I would not have made it to the games. So I am a direct beneficiary of this rule. But I still think it should be thrown out.

Why? Because it makes no sense – and because it leads to Leaderboard Shenanigans.

We all know what this is. We do the workout, post our score, and start watching the leaderboard. Everything seems great until Sunday at 7:30pm EST, a half hour before the leaderboard closes, when suddenly the board comes alive with names and team that have heretofore been missing.

Now, I know why individuals and teams post their scores late. It is done specifically to dissuade other teams or individuals from repeating a workout. Example:

Let’s say Team Martinsville scored 1,003 points on 13.1. They post their score on Thursday evening. CrossFit West Toledo scores 1,017 on the same workout, having also done it on Thursday. They see the leaderboard and, sizing up their situation, figure they will be fairly comfortable at #27 or so if all of the scores hold. So they wait.

They are waiting because if they post on Thursday, they fear that Martinsville will be spurred into action and will do the workout again and possibly score more points. So Martinsville, naïve and happy sitting at #30, ends up getting booted out of the top 30 at 7:45pm EST when Toledo finally posts their score.

There are entire gyms whose specific game plan is to hold onto all scores as long as possible. And they do that for one reason only – they don’t want me and you to have time to go out and do the workout again. It’s complete and total BS.

The fact is, for all you leaderboard manipulators, you 7:30 Sunday posters, you have failed to take into consideration that other boxes are doing that to you as well, and that ultimately, you have zero control over what other CrossFit gyms are doing. You think you can manipulate the outcome, but you can’t. 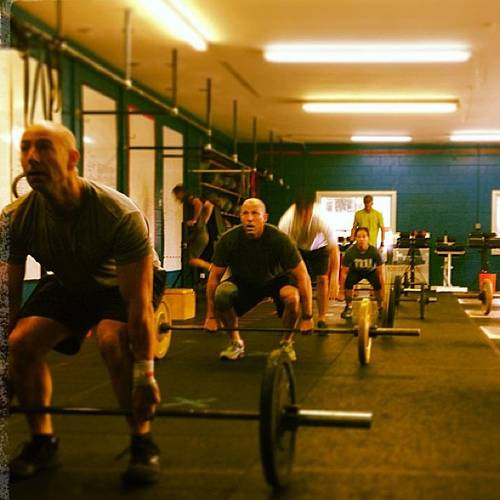 Face it – everyone has already done the workout again. You know you do it on Thursday and again on either Saturday or Sunday. So does everyone else. You will never fool another box into saying, “Yeah, let’s not do this again. We’re good.” They already have done it again.

So stop your attempted leaderboard manipulation. It only reveals you to be a poor sport. If your performance doesn’t get you to regionals, your leaderboard shenanigans certainly won’t. Do the workout and post your scores. If you do it again, post them again.

The solution? Eliminate do-overs. Then there is absolutely no incentive to hold scores back and the leaderboard can shape up as it needs to. A second solution would be to simply post your scores any time between Wednesday and Sunday, and the leaderboard itself goes live and updated at 8:00pm EST on Sunday night. That way, the chips fall where they may.

Next Week: The series concludes as we discuss for-time workouts and a recap.