The fallout from the Josh Golden controversy during the 2013 CrossFit Games Open is the stuff of which legend is made. If you are not aware of the story, it goes like this:

Josh Golden, from the SoCal region, scored a whopping 387 Reps on workout 13.2 (deadlift, push press, box jump). His score put him in a three-way tie for first place, worldwide. As is suggested by the CrossFit Games rulebook, he submitted a video of his performance to enable him to claim the cash prize. His video (which, to my knowledge, is no longer available) was descended upon by the rabid masses like rats on R. Lee Ermey in Willard. The outcry was heard around the world, and his character was fairly robustly assailed on Facebook.

Fact is, if you’re going to post the highest score in the world, your performance needs to be spotless (See Sam Briggs below). Josh’s wasn’t, so not only was his video rejected, but so was his score, and so was his affiliate’s ability to judge any further workouts.

But here’s where we begin to have some problems. What happens when there is no outcry? CrossFit made a public announcement when Golden’s score was rejected, but what becomes of the scores of other videos that are deemed to be questionable?

There appears to be virtually no known answer. One of the biggest questions that permeated social media during the Open was, “What happens to those videos?”

If you look, for example, at Golden’s 13.4 workout video here, you will notice that it’s being given five “Workout is Good” votes, two “score needs modification” votes, and seven – yes seven – “Workout is Rejected” votes. But yet, the score stands, as Golden is credited with the highest score for 13.4 in the entire SoCal region.

So what are the rules when it comes to video submissions and the judging of same? The official rulebook is silent on this, and looking through the plethora of videos on the leaderboard, it seems that there is no consistency. In fact, it seems like there is no governance of the video submissions at all. You would think that once a video earns more “no” votes than “yes” votes, HQ would be flagged. Then an HQ designated judge would review it, adjust the score accordingly, sign off on the athlete’s page, and be done with it. But that is not happening.

Which basically means that ALL of the videos submitted this year, with the exception of Josh Golden and Danielle Sidelle, were accepted – even the ones where the “rejected” surpass the “good” votes. Why did these online judges have to take the judges course? What’s the point if they are merely going through the motions? What’s the point of clicking “workout is rejected” if, in fact, the workout is not rejected? And what the hell does “score needs modification” mean? Does anyone have a practical example of how the video submission scores were modified appropriately based on judges’ input?

What about poor Scott Conlon from the Africa region? His 13.3 workout was judged by no one. But effectively, his score is on the leaderboard so…what? If you don’t get judged at all you still get to submit a score?

So Golden and Sidelle, who were not actually required to submit videos at all, were judged at affiliates and submitted videos. Their standards are found to be suspect, and they were thrown out of the competition. Meanwhile hundreds of other videos were submitted with multiple “workout is rejected” votes, and those scores stoodd, along with likely dozens of scores where no judging took place at all.

What’s wrong with this picture? 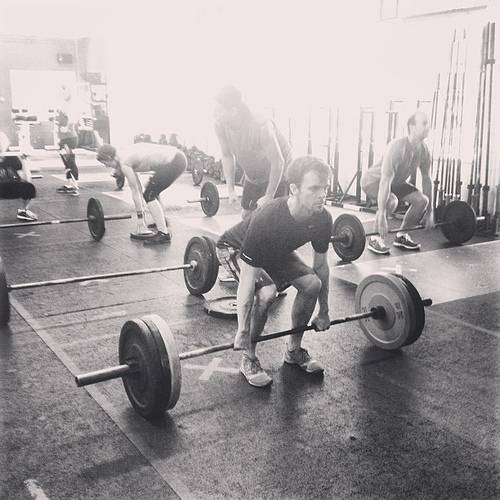 Not to beat a dead horse, but once again this is the uneven application of standards being heaped upon the masses by CrossFit. There is no level playing field here. The video-submission component of the Open seems to be the most arbitrary, unevenly applied aspect of this entire competition.

The fix is simple. As soon as a video is uploaded, it gets assigned to one judge. No different than if you were doing the workout at an affiliate. That judge has no-rep override power. The judge can adjust your score by up to five reps if you are repeatedly no-repped. If you receive more than five no reps, the video is passed up the ladder to an HQ level reviewer. The HQ reviewer will judge and score, and again, if there are more than five no-reps, the workout is rejected, and the athlete is disqualified from the Open.

Overly harsh? Not really – it’s no different that what happened with Golden and Siddelle.

Recap: This is how you fix the CrossFit Games Open:

Whether anyone at CrossFit Inc. reads, digests, or even remotely appreciates any of these suggestions is not really the point of this series. The point is, and has been, to start a dialog. See you at the hopefully new and improved CrossFit Open 2014!