My weightlifting comrades and I have often discussed what makes for the ideal body weight for athletes in our sport. My discussion on triple-division boxing champs also brings up the question of the ideal “fighting weight” for a boxer.

In most cases, the ideal weight for a fighter of any given height will be somewhat lighter than that of a weightlifter, although there are exceptions.

My weightlifting comrades and I have often discussed what makes for the ideal body weight for athletes in our sport. My discussion on triple-division boxing champs also brings up the question of the ideal “fighting weight” for a boxer.

In most cases, the ideal weight for a fighter of any given height will be somewhat lighter than that of a weightlifter, although there are exceptions.

Occasionally a muscle-less wonder appears in weightlifting while a very muscular boxer also shows up every now and then. James J. Jeffries and Mike Tyson are good examples of the latter.

Most discussions I have had regarding the ideal boxer’s weight usually ended up considering the importance of the individual’s boxing style. Thus, a discussion of style is now in order.

The Three Main Styles of Boxing

Characterized by longer-distance fighting and relying on expert defensive skills. They are usually tall for their bodyweight and not that muscular.

Since they rely on movement, they do not want to be too muscular. This means they rely on winning by decision after wearing out opponents. Examples are Muhammad Ali and Sugar Ray Leonard.

“In a sense, heavyweights have it the easiest when it comes to matching style with weight.”

They are often more muscular than boxer-types. The extra muscle not only helps in punching power, but it also provides a buffer when taking punches. Joe Frazier, Rocky Marciano, and Floyd Patterson were good examples.

Punchers are powerful and often rely on a single devastating punch to end their fights. Like boxers, they fight at a distance, but they lack the boxer’s skill and endurance so they try to end fights early.

Their one big punch often prevails over a swarmer’s many less-effective punches. In turn, punchers will have trouble with boxers. George Foreman and Sonny Liston and are the best examples here. 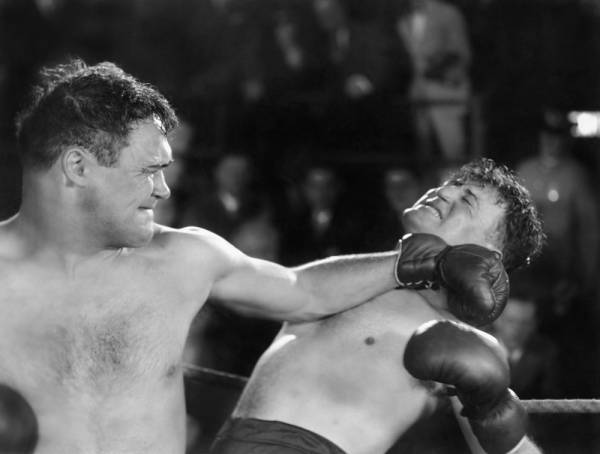 In a sense, heavyweights have it the easiest when it comes to matching style with weight. They can always get more muscular, since there is no weight limit in their division. Not so in the other weight categories.

“All things being equal (which they often aren’t), someone with greater body mass will also have greater ability to absorb punches.”

A fighter must be able to make weight, and he obviously cannot alter his height, so his bodyweight must be the most efficient for his style. Too heavy and he will be too slow.

Too light and he will not have any finishing power. If you are a puncher, you better not be too thin. You may have to move up in weight to be most effective. If fancy boxing is your style, a lighter division may be fine.

Finding Your Most Powerful Weight Class

Every boxer has his ideal “fighting weight”, i. e. the weight where he will be most effective, just as in weightlifting. In lifting, we use the Sinclair Formula to equalize the body-weight factor when doing our pound-for-pound comparisons.

The heavier you are, the stronger you will be – but not necessarily on a pound-for-pound basis.

RELATED: The 4 Paradoxes of Boxing (and Fighting)

The same is true in boxing. Generally speaking, the bigger the fighter, the harder they will hit and the harder it will be for an opponent to hurt them.

All things being equal (which they often aren’t), someone with greater body mass will also have greater ability to absorb punches. Similarly, when boxers gain lean bodyweight they will always hit harder. But the question becomes, “How much harder?” 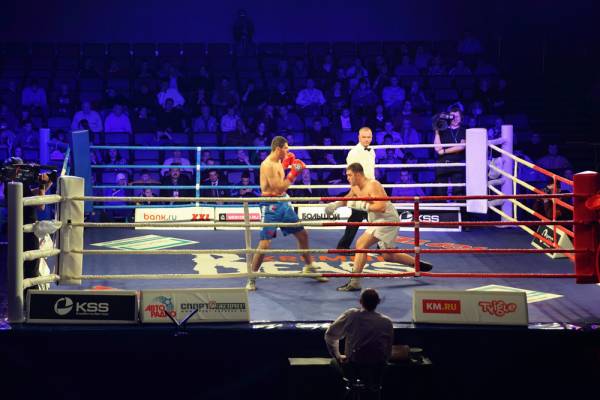 Earlier in his life and while at a lower starting weight, a boxer might improve his punching power if he puts on weight. In short his “Sinclair punch” might improve. But for a fighter who has fought for years at his ideal weight and then gains, it may not work so well.

Such a fighter might have stronger punches because he has more muscle behind them, but on a pound-for-pound basis he might not be as strong, especially if the increase in body weight includes too much fat tissue.

“A fighter must be able to make weight, and he obviously cannot alter his height, so his bodyweight must be the most efficient for his style.”

This is why some fighters are great at one division and duds when they move up.

Former light-heavy champ Bob Foster was considered by many the best ever at 175 pounds. He was unbeatable there, but like many light-heavyweights he was tempted to try his luck in the more remunerative heavyweight division.

Heavyweight fights with Ali, Quarry, and Frazier ended with Foster being knocked out. At 6’3” he was rangy, but effective with light-heavies. But he did not have the leverage to do damage to men the same height but thirty to forty pounds heavier.

Foster gained ten pounds or so, most of it muscle, making him stronger – but he still had to throw punches at much sturdier targets. Not to mention, the effect of their punches on his body.

The Added Complication of Bone Structure

Those with slight skeletal make-up will never be able to gain a lot of muscle. Hard gainers exist in the ring, as well as the weight room. Sugar Ray Robinson was a great example.

“The heavier you are, the stronger you will be – but not necessarily on a pound-for-pound basis.”

Others have the opposite problem. Archie Moore and Jake Lamotta always had many pounds to lose to get to their weights. This was not solely due to ease of gaining. They were naturally heavier fighters, but the money and chances of winning were better for them in lower divisions. Sometimes financial considerations enter into the weight decision, too. 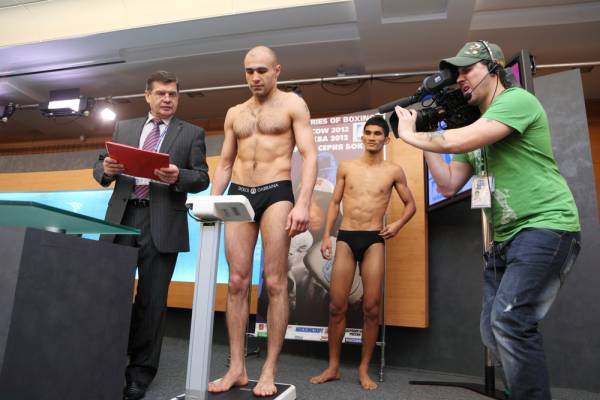 The Unique Nature of Boxing

Boxers’ physiques and their body weight will be determined by their height, bone structure, and style.

There is a bit more subjectivity compared to weightlifting. In our sport, the precise measurements of performances and body weights, though not always perfect predictors, do make the comparisons a little more objective than they would be in boxing.

In short, finding the right boxing fighting weight is not as simple in the boxing world as it is in weightlifting.