“One of the paradoxes of boxing is that the viewer inhabits a consciousness so very different from that of the boxer as to suggest a counter-world.” – Joyce Carol Oates

Having studied boxing and the martial arts for many years as both student and teacher, I have come to accept that to fight is to face uncertainty and paradox. Yet, at the same time, learning to fight is based in and around rules, repetition, and the pursuit of perfection. Here are four paradoxes of fighting and what we can learn from each of them:

Perhaps the most famous quotation to ever come out of boxing came from arguably the greatest boxer that ever fought: “Float like a butterfly and sting like a bee.” Muhammad Ali said this in 1974 before fighting George Foreman. While the Ali quotation is poetic and colorful, like most of his quips, it runs deeper than just your typical pre-fight banter. The quote speaks to the essence of boxing and fighting – paradox.

Bees can float and they can sting, but not at the same time. The same holds true with boxers. A punch while moving tends to not be a very effective one. It’s in connecting with the ground and transferring weight that power is derived. Yet, a boxer who plants his feet and transfers weight, best not stay there long. Staying stationary is a good way to get hit, a lot. Enter paradox number one in fighting – stick and move. It’s a hard balance to achieve, constantly moving your feet and yet connecting to the ground to transfer weight to deliver a hard and effective punch.

The distinction between floating and stinging comes down to footwork. In boxing, you are always moving. Always. Whether your head, your hands, or your feet, not a second ticks off the clock when you don’t move something. As for the feet, boxers must practice different rhythms and learn to transfer weight in their feet. The boxer’s essential tools here are the jump rope and shadow boxing.

2. Boxing Is a Game of Rules and a Game of Savagery

Boxing’s moniker, the sweet science, implies that boxing is a game of rules. The Marquess of Queensberry rules were established in 1867 to detail boxing’s gentlemanly and fair rules for fighting. Still, fair fighting tends to be a bit of an oxymoron. While boxing has strict rules, on the other side of the coin is its savage brutality. When Mike Tyson threatened to “eat his [Evander Holyfield’s] children,” he vividly demonstrated the mind-frame with which a boxer can enter the ring.

A boxer has to respect the rules, and at the same time have almost no regard for his safety and the safety of his opponent. A fighter knows that every time he steps between the ropes, the chance exists that he may come back out permanently hurt or, in rare cases, he might not come out at all. As a child, I remember watching the footage of a lifeless Duk Koo Kim who was killed in the boxing ring at the hands of Ray “Boom Boom” Mancini. That image still sticks with me today.

How can a sport where rules are meant to protect (no low blows or punches behind the head) also have as its goal to knock someone into tomorrow? While the rules of boxing are always to be respected and followed, the boxer is constantly looking for an edge and finding that spirit of the warrior. While respect and sportsmanship are universal concepts that should come with any sport, boxing is about laying the hurt on someone, literally. In order to fight and win, the boxer must learn to fight by any means necessary – intimidation in and out of the ring, outworking opponents, and constantly switching up your game. A fighter must study not just his opponent, but also his own habits and learn when to use them and when to break them. 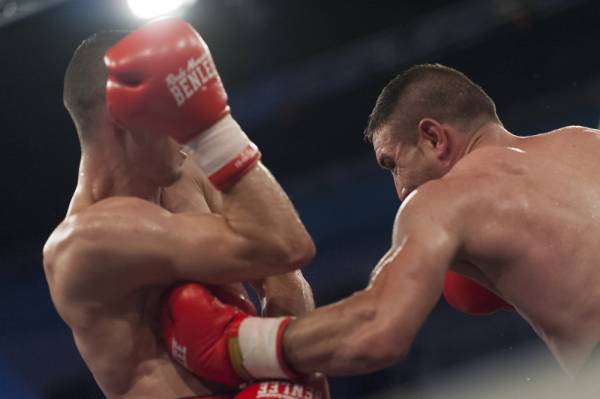 3. The Best Defense Is a Good Offense

Wait, or is it the other way around? People tend to assume that fighters are aggressive in nature. Terms like hotheaded and brawler come to mind, but that’s a simplistic view of what it takes to fight. Yes, it takes aggression to pound your opponent into submission, and of course boxing is scored on aggressiveness. However, boxing is also scored on defense. Boxers strong on aggression and not on defense tend to get knocked out in a hurry. Perhaps the best boxer of the modern era, the undefeated Floyd Mayweather Jr. has established himself as one of the greatest defensive tacticians and counter punchers of all time. Floyd is also tremendously smart in how he fights.

It takes aggressiveness to fight, and it also takes the ability to defend and accept pain. What trumps both is smarts. Fighting is ultimately a game of chess. Knowing when to apply your defensive strategy and when to switch up and attack is what makes champions.

Imagine an object coming quickly towards your head. It’s almost impossible to not stick your hands out to try and deflect the object. Yet in the process you are going to hurt or break your arm, hit yourself in the head with your own arms, or get hit in the head by the object. In reality, you have two options: move and not get hit or defend as tightly as possible by shielding yourself.

Creating a shield means hands tight to the body and head – exactly the opposite of what our instincts teach us to do. Our instincts also teach us to tense our muscles with fear and adrenaline. These instincts do not serve well in a fight and are hard to override. That’s what boxing teaches us to do, accept and override.

In boxing and fighting we come to realize that we must accept the certainty that we are going to take hits. We must learn to swim with the current in order to find a way out. Learning to fight and box is not to dissimilar to learning to sit with an uncomfortable pose in yoga. It’s in relaxing and breathing that we break through. The ultimate paradox in fighting is not to fight yourself.